Mashable: We're failing the fight against climate change because women spend too much time on Facebook 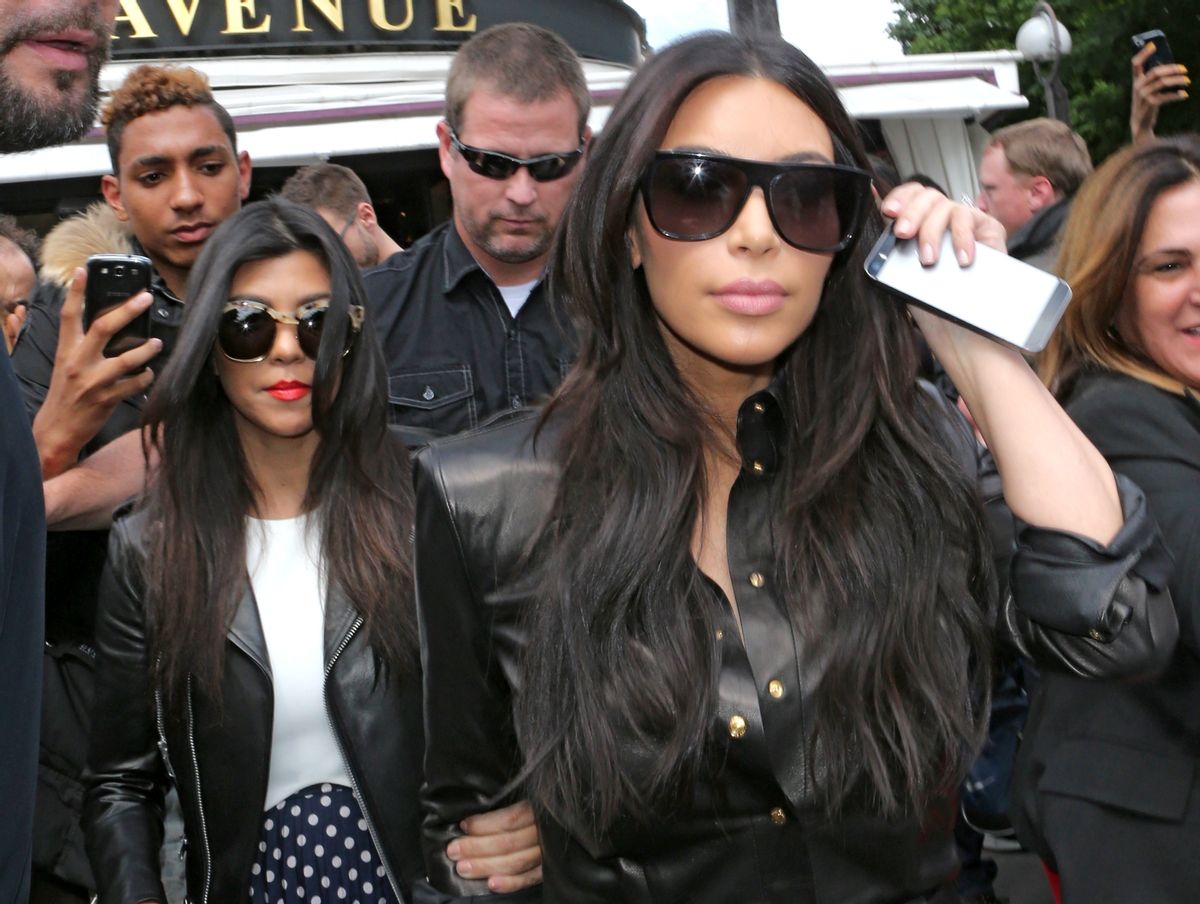 Mashable's Stephanie Buck is calling upon the women of the world to "dump Kimye" and "tackle climate change." Her call to action is based largely on a talk given by attorney and media correspondent Lisa Bloom last week at the 92Y S.H.E. Summit, which describes itself as "a global conversation and celebration of female potential and possibility that is accessible and relevant to women everywhere." Great idea, terrible execution, as becomes immediately apparent in Buck's lede:

"No one ever said on her death bed, 'I wish I'd spent more time on Facebook,'" says attorney and media correspondent Lisa Bloom.

A more likely scenario: regret that she didn't do more to save her grandchildren from rising carbon dioxide levels, because she was too busy scrolling her News Feed and flipping through Us Weekly.

Bloom believes Western society's current preoccupation with trivial celebrity gossip and insipid social media — and the time we waste with it — will be its downfall. As our fascination for easy entertainment increases, our investment in global affairs decreases. In particular, women should do more to fight climate change; it is a uniquely women's issue, she says. They are innately suited to battle climate problems, some would argue better than men.

"Our media's fixation on whether Kim Kardashian is married this week to the exclusion of the destruction of our planet is shameful," Buck argues. I understand her frustration. As a women in media who writes about the destruction of our planet for a living, I work every day to try to get people to pay more attention to this very pressing issue. I often encounter apathy -- or worse, vitriol from climate deniers. I'm unclear, however, on why our planet-size climate problem is women's fault, or why the responsibility for fighting it rests on our shoulders.

Bloom's argument, or at least Buck's interpretation of it, is difficult to follow. But it has something to do with one poll showing that young Americans (male and female) don't watch very much local news anymore, another poll showing that women in the U.K. know less about politics and current affairs than men, and a 2009 survey by Oxygen Media that found that "nearly 25% of women would rather win 'America's Next Top Model' than the Nobel Peace Prize." Also, entertainment journalism is thriving, and it features a lot of ads for makeup and cosmetic surgery, and whaddya know? American women spend a lot of money on makeup and cosmetic surgery.

Women are better suited to fighting climate change, then, because they have all this extra time that they're wasting on all that trivial media. Buck summarizes that line of thinking in two confusing points: 1) a survey once found that women watch more reality television than men (time they could be spending saving the planet), and 2) the female caregivers of elderly people with long-term needs spend more time on said care than male caregivers.

"I could make the somewhat sexist but surely true statement that women care more about our children and grandchildren, and we are leaving them an overheated, messed-up planet," Buck quotes Bloom as saying.

Women are also in a better position than men to take on climate change because we have ovaries, added Rita King, a futurist and the executive vice president for business collaboration organization Science House. King's argument, as summarized by Buck, goes like this: "Because the female body is built to reproduce, women tend to think longer-term than men do, and care for and have faith in the unseen, whether it's a baby inside them they've never met or an invisible layer of greenhouse gases." Make that magic ovaries.

What's so frustrating about this is that there is, in fact, a very important conversation to be had about how women will bear a disproportionate share of the impact of climate change, and how that puts them in a position to lead climate action. Crucially, though, we're not talking about the same women who are wasting their time reading about "Rihanna's latest tattoo" and their money on "lipstick, weight loss supplements and cosmetic surgery." And their power has nothing to do with ovaries, or with the relative degree to which their ovaries lead them to care about their children. It does have to do with that nasty habit climate change has of exacerbating existing problems, gender inequality included.

WomenWatch, the U.N.'s "Internet gateway on gender equality and empowerment of women," has a long fact sheet documenting the ways in which women are more vulnerable to climate change than men, “primarily as they constitute the majority of the world’s poor and are more dependent for their livelihood on natural resources that are threatened by climate change." Furthermore, it adds, "they face social, economic and political barriers that limit their coping capacity.”

And those challenges arguably do put such women in a unique position to become leaders in climate action. Christiana Figueres, the executive secretary of the U.N. Framework Convention on Climate Change, argued as much in an editorial for CNN. "Women stand at the front lines in the battle against climate change: as providers of water, food, and energy or as leaders in businesses, communities and politics," Figueres wrote. In reference to the central role women in developing countries play in their families and communities, she added, "what makes them vulnerable also makes them pivotal to climate change action." Again, this is not because they're women, but because of what being a woman means in these specific cultural and political settings.

On a global scale, of course, climate change isn't a uniquely female problem -- it's a uniquely human problem. That, in a twisted way, is what's kind of beautiful about it. Sure, some bear a larger share of the blame than others: Developing countries are the ones pumping the most greenhouse gases into the environment, industry interests are dedicating money and resources to maintaining business as usual and politicians who really should know better are continuing to propagate conspiracy theories, but none of us are immune to its effects. Not even Kimye. And it falls on all of us -- men and women, purveyors of celebrity gossip and readers of "real books" alike -- to do something about it.