Sticking to the facts on climate change is "unfair and unbalanced," according to Bret Baier 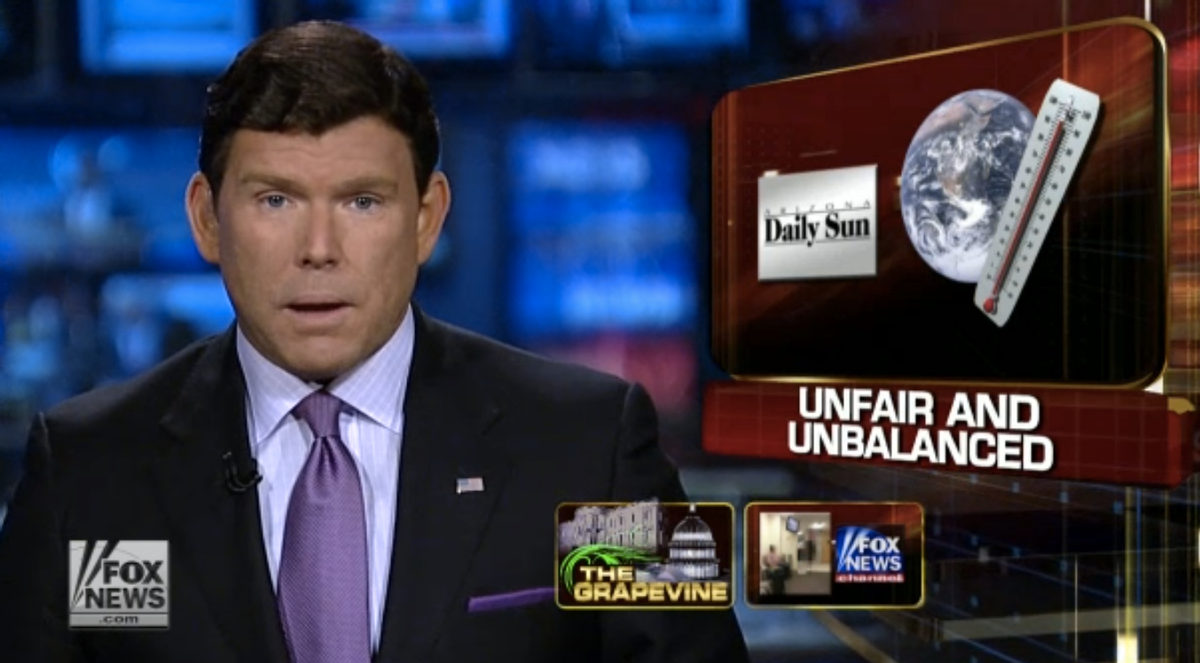 Fox News really doesn't get it.

The so-called "Fair and Balanced" news network called out a local newspaper for daring to ignore climate deniers -- you know, due to their insistence on continuing to ignore the scientific consensus.

In an Op-Ed titled "It's not censorship by ignoring those denying climate change," Arizona Daily Sun editor Randy Wilson wrote:

To dispute the science as either fundamentally flawed or a vast conspiracy among climate scientists to provide job security until their retirement simply hasn’t withstood scrutiny. There does seem room to debate the extreme predictions by some scientists, but the basic idea that human activities are accelerating the pace of global warming in an unsustainable way enjoys the same scientific consensus as the finding that smoking causes cancer.

...Yes, journalism is supposed to give voice to the powerless, but that’s not the same as allowing a small minority to filibuster what is arguably the most pressing problem on the planet. Unlike defeating a personal vice, tackling climate change will take collective, global action that deniers don’t seem willing to contemplate, much less engage.

Does denying a seat at the journalistic table to climate change deniers amount to censorship and political correctness, in the sense that unpopular opinions are being silenced? As I am wont to tell some letter writers, you are entitled to your opinions, but not your facts. Let’s save our breath and get on with saving the planet.

According to anchor Bret Baie, however, wanting to move on past an unwinnable (because it's already been won) debate about settled science amounts to irresponsible journalism. Wilson, Baie solemnly declared, "does not have room for balance."

The irony could kill you: