The governor of Texas is not a scientist, man 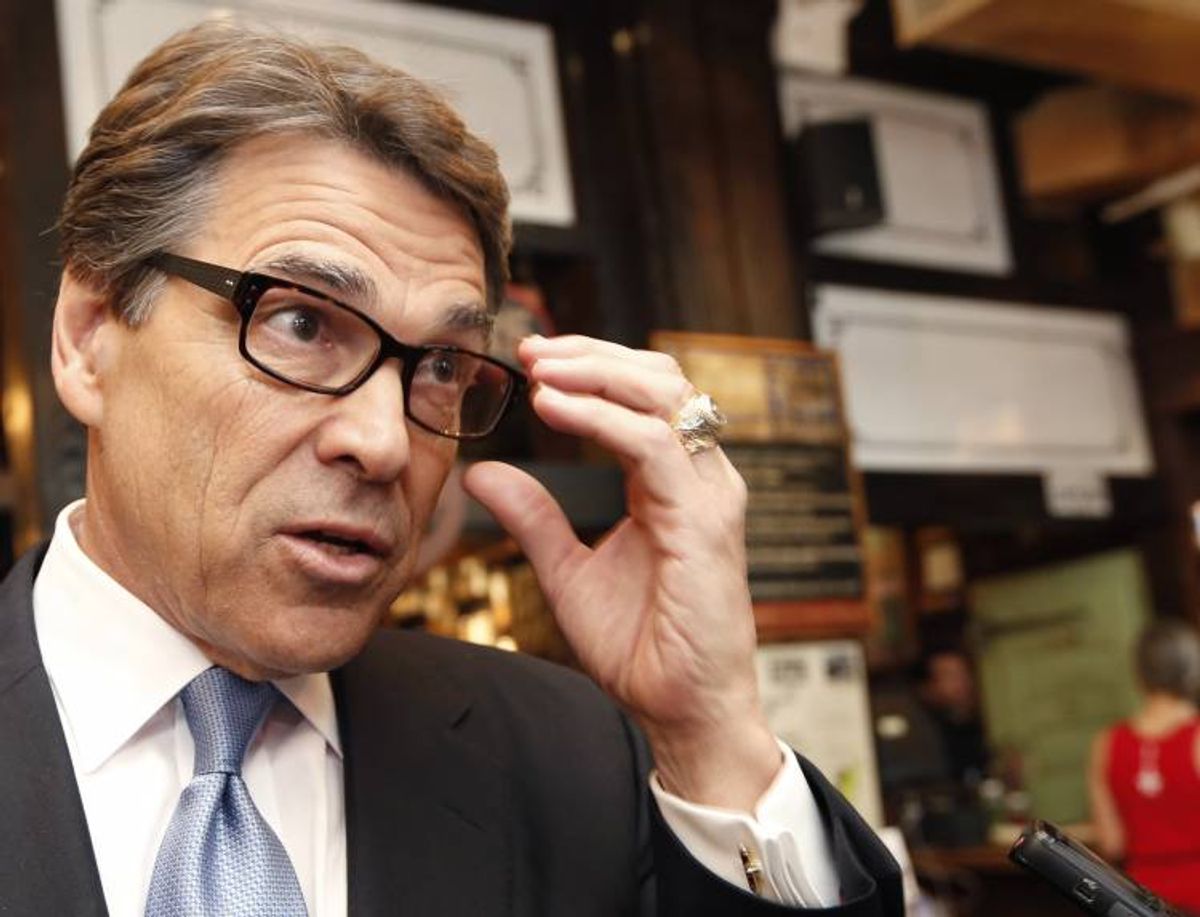 Backtracking a few days after comparing homosexuality to alcoholism and suggesting that so-called gay conversion therapy — which is outlawed for minors in California and New Jersey — might work, Texas governor and possible 2016 presidential candidate Rick Perry said on CNBC on Monday that he would defer to the experts on the question of whether homosexuality could be "cured."

"I don't know," Perry said when asked if therapy could turn someone straight. "The fact is, we'll leave that to the psychologists and the doctors to decide." Perry went on to say that he doesn't "necessarily condone that lifestyle" but that he does not "condemn it either."

Ultimately, Perry said, "We are all children of God."

Yet as the Huffington Post notes, there's no need for Perry to be hesitant to offer his ruling. Indeed, on the issue of conversion therapy, science has already weighed in. It's against it. Strongly.

The American Psychological Association, for example, has advised members not to recommend the practice. The American Psychiatric Association, too, has ruled against it. As the pro-LGBTQ rights group Human Rights Campaign has documented, the list of professional organizations that have come out against conversion therapy is long and distinguished.

Of course, the chances that any of this information will change the Texas GOP's decision to endorse conversion therapy in its platform are vanishingly small. But since the creationist-curious Perry is now so devoted to prevailing scientific consensuses, we figured he'd like to know.