Wingers and pundits claim the Islamophobia at a big right-wing event wasn't so bad, after all. Watch for yourself 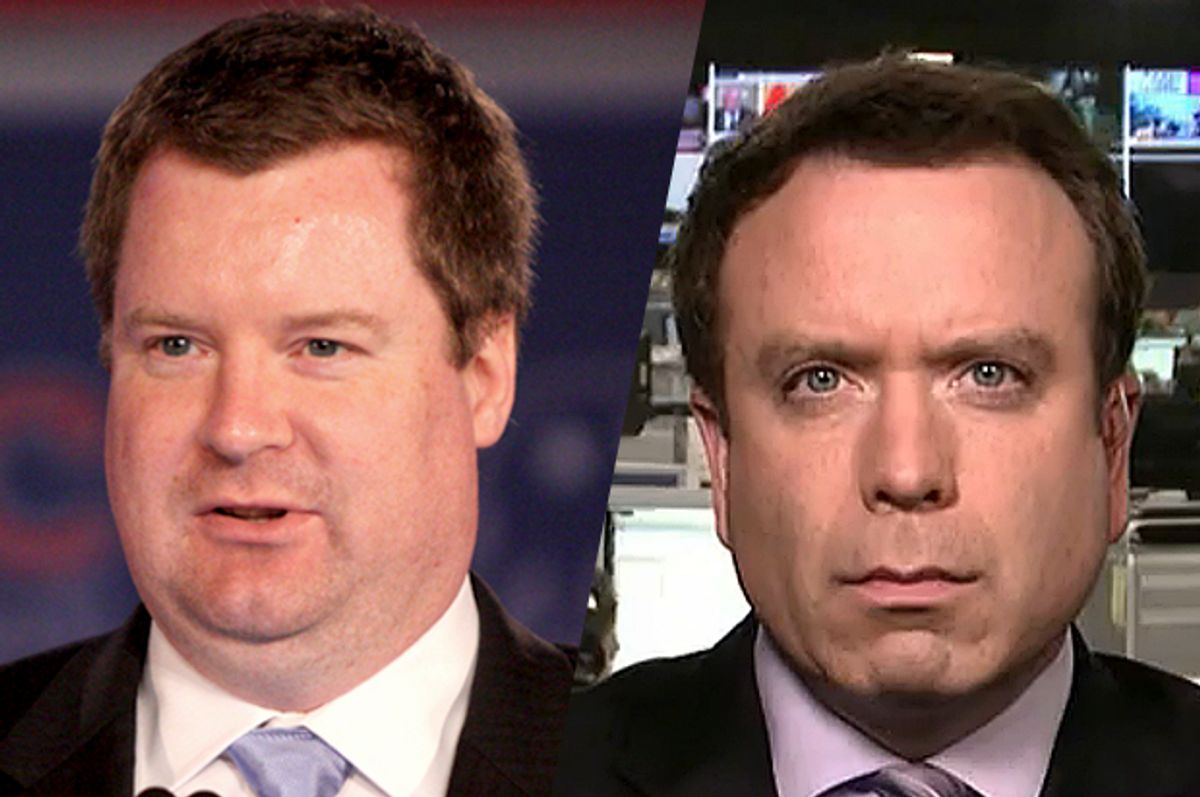 Thanks to Dana Milbank for attending the Heritage Foundation hatefest on Benghazi Monday so the rest of us didn’t have to. As if a higher power wanted to underscore the group’s irrelevance, the very next morning the Obama administration announced it captured the man it believes was the ringleader of the Benghazi attack.

Milbank’s column focused on the abuse suffered by Saba Ahmed, a Pakistani Muslim, when she suggested that some at the conference seemed to stereotype all Muslims as violent and anti-American. Rather unbelievably, conservatives and even some media critics are siding with Heritage and saying Milbank made the crowd look uglier than it was. Even after Media Matters released video of the clash between Ahmed and panelist Brigitte Gabriel of ACT! For America, criticism intensified.

You can read Milbank’s story and watch the video yourself. I think Byers and the other critics are wrong. In fact, the firestorm over Milbank’s column shows how hard even nominally mainstream reporters will work to excuse increasingly unhinged rhetoric on the right.

The conflict began when Ahmed, wearing a headscarf, took the microphone and quietly observed, "We portray Islam and all Muslims as bad, but there's 1.8 billion followers of Islam. We have 8 million-plus Muslim Americans in this country and I don't see them represented here."

Now it’s true that Islamophobe Frank Gaffney played the moderate in the clash with Ahmed, thanking her for her question and reassuring her that no one on the panel “thinks that all Muslims are the problem.” Clearly Gaffney didn’t want anything to upstage his renewed charge that Hillary Clinton aide Huma Abedin has “deep personal ties” to the Muslim Brotherhood.

But Brigitte Gabriel, known for calling Muslims “barbarians,” tore into Ahmed, shrieking at her: “We are not here to bash Muslims, you were the one who brought up the issue about ‘most Muslims,’ not us.” Then she whipped the crowd into a standing ovation, asking Ahmed, “Where are the other Muslims speaking out?” She went on: “You took the limelight instead of … standing up and saying a question, asking something about our four Americans who died and what our government is doing to correct the problem, you stood there to make a point about peaceful American Muslims.”

It was bullying plain and simple, and it was ugly. It’s true that Gaffney and moderator Chris Plante treated Ahmed more gently than Gabriel did, but Gabriel deliberately channeled anti-Muslim prejudice to get the crowd to applaud her hectoring of Ahmed.

Ahmed herself (assuming it's the same one) is a curious case. Once a Democrat, she became a Republican after losing a quixotic race for Congress in Portland, Oregon, in 2011. She wrote on her Facebook page at the time:

(M)y conservative Islamic values (pro-life, pro-family values, pro-business) made it very hard for me to defend myself as a Democrat. George Bush advocated water boarding torture just like Obama advocated drone missiles. Both parties treat Muslims badly, which is why American economy is going bankrupt fighting Islam. Inshallah, I look forward to helping foster a better understanding of our faith...

Ahmed can be found around Facebook praising the various antiwar, anti-drone initiatives of Sen. Rand Paul. She is also a family friend of Mohammed Osman Mohumed, convicted of a bomb plot in Portland, Oregon, and she publicly defended him. That’s enough for Erick Erickson to claim that she deserved her treatment by Gabriel, even though he presents no evidence that Gabriel knew anything about Ahmed.

Not surprisingly, Ahmed’s local Republican Party didn’t have much use for her. As she wrote on Facebook:

And yes I was banned from the Oregon Tea Party and Washington County Republicans earlier this year because of my Islamic beliefs, but I have to believe there is room for learning. I have to try and make a place for myself even if i'm unwelcomed. I know several tea party republicans hate me because they somehow blame me for 9/11. But I know once we talk to each other, get to know one another, we can all heal together. Inshallah!

Apparently, her GOP outreach campaign still isn’t working. Righties on Twitter are suggesting that questions about her identity mean that Milbank’s reporting on Heritage is off base, but once Media Matters released video of Gabriel savaging Ahmed to the crowd’s cheers, the controversy should have been over. Instead, because Milbank didn’t note that Gaffney said all Muslims were not the problem, some people are trying to let Heritage off the hook. Erick Erickson also says Heritage merely provided a room to the Benghazi Accountability Coalition; in fact, it was a co-host.

The cruelty to Ahmed was awful, of course, but equally bad were the anti-Obama conspiracy theories on display.  The circus was convened by ringmaster Andrew McCarthy, who is hyping his book “Faithless Execution: The Political Case for Obama’s Impeachment” (not surprisingly, the president’s handling of Benghazi is one of the pillars).  No ugly rumor about Benghazi was off-limits, from doubts about how Ambassador Chris Stevens died, charges he was involved in an arms swap between Syria and Libya, allegations that the president watched the men die via drone footage. Panelist and former U.S. Attorney Joe diGenova charged that the president just went to bed and did nothing after learning of the attack on the Benghazi compound.

Still, the clash between Gabriel and Ahmed, who endured the invective peacefully, made headlines because it showed the Islamophobia and xenophobia on the far right. Elias Isquith called the entire day a “bigoted freak show,” and it showed how Heritage has slipped to the fringe of the right-wing fringe under Jim DeMint.

“As a peaceful American Muslim I would like to think I’m not that irrelevant,” Ahmed told the crowd.  She might like to think that, but on the far right these days, she would be wrong.