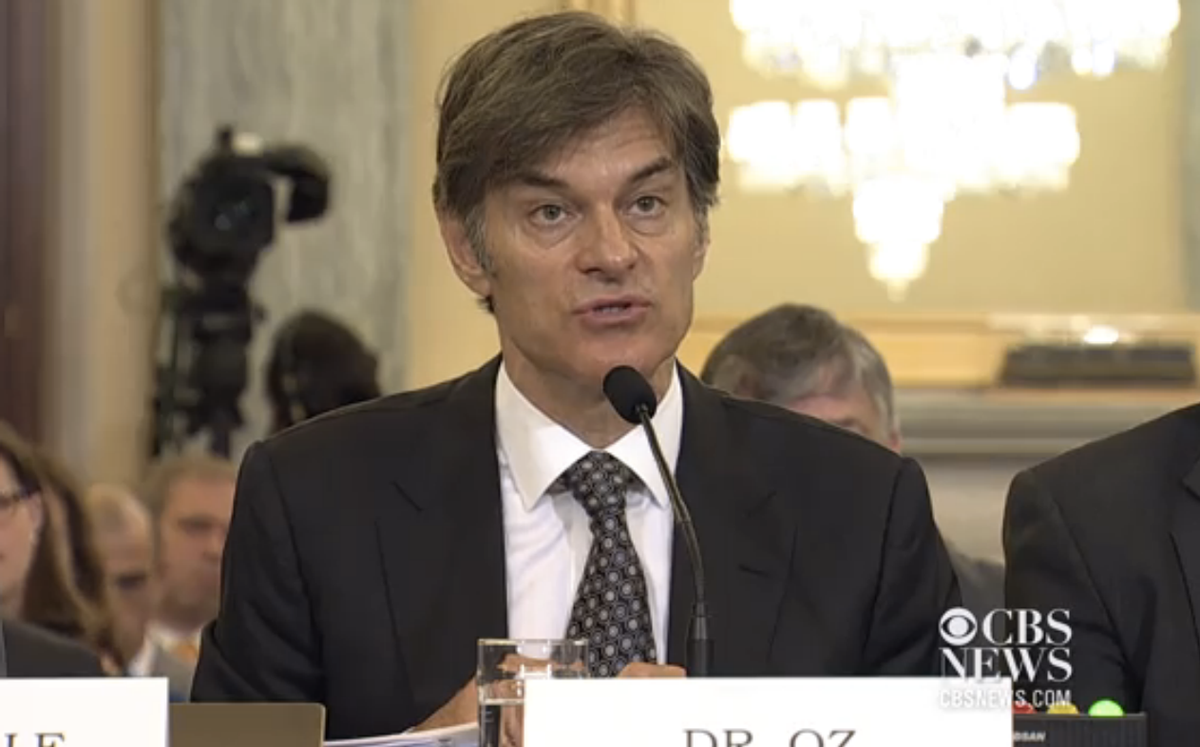 Dr. Mehmet Oz doesn't want to be part of the problem. He wants to be part of the solution. But when the daytime television host and sometime snake oil peddler appeared before a Senate subcommittee Tuesday to testify about false advertising for over-the-counter weight loss cures, he had a hard time defending his own larger-than-life claims.

During the hearing, Claire McCaskill, chairwoman of the Senate Commerce Subcommittee on Consumer Protection, made it clear that she thinks Oz abuses his influence. In what's commonly known as the "Dr. Oz Effect," products that the cardiologist endorses on his show -- or that advertisers claim to have been endorsed by him -- fly off the shelves. "People want to believe they can take an itty-bitty pill to push fat out of their body," McCaskill scolded. "I know you know how much power you have. I know you know that."

While acknowledging that there's no such thing as a miracle pill that can replace diet and exercise, Oz insisted that the products he promotes can be used as a short-term crutch.

“I actually do personally believe in the items I talk about on the show," he said. "I passionately study them. I recognize they don’t have the scientific muster to present as fact but nevertheless I would give my audience the advice I give my family all the time, and I have given my family these products. Specifically the ones you mentioned, then I’m comfortable with that part."

"The scientific community is almost monolithically against you in terms of the efficacy of the three products you called 'miracles,'" McCaskill pushed back."When you call a product a miracle, and it's something you can buy, and it's something that gives people false hope, I don't understand why you need to go there."

Watch the good doctor mount his defense, via CBS News: