Megyn Kelly challenges Dick Cheney on Iraq: "Time and time again, you got it wrong"

The former vice president got grilled by his one cable ally, Fox News 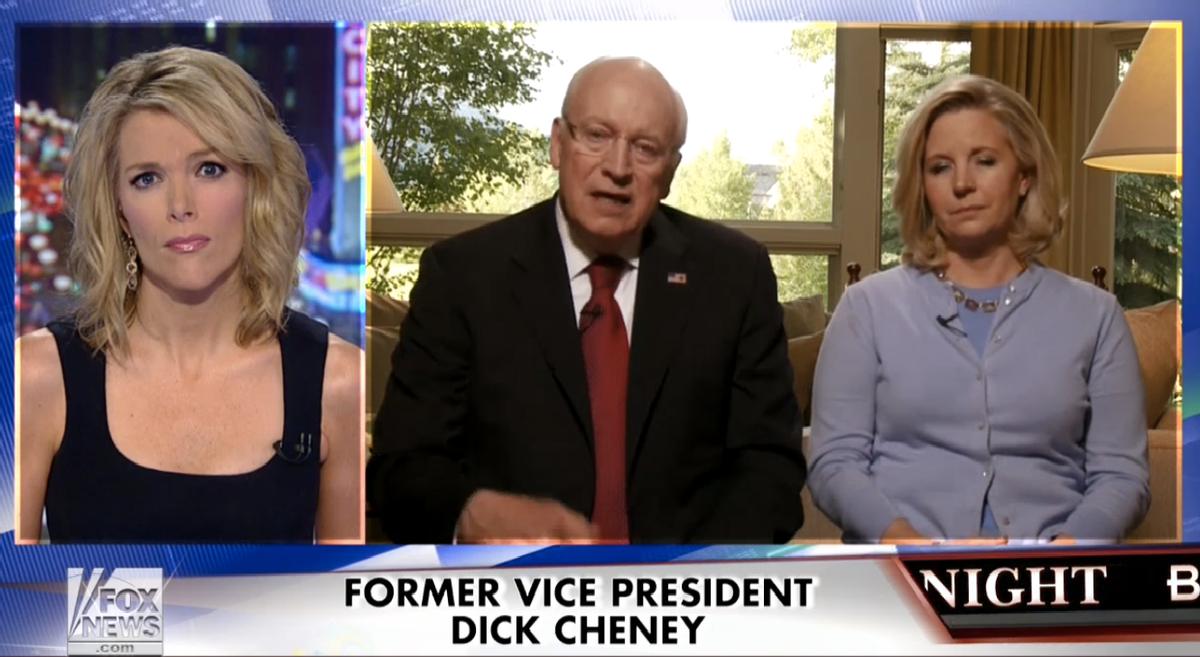 On Wednesday, former Vice President Dick Cheney got grilled by an unlikely source: Fox News' own Megyn Kelly. Cheney, a human puppet of misdirection, continued to distract America from the real crisis in Iraq by defending a ludicrous Op-Ed in the Wall Street Journal that he co-authored with his daughter Liz. In the Op-Ed, they blamed the current threat of ISIS insurgents on President Obama, writing, "Rarely has a U.S. president been so wrong about so much at the expense of so many. Too many times to count, Mr. Obama has told us he is "ending" the wars in Iraq and Afghanistan—as though wishing made it so."

But Kelly, like the liberal media, didn't seem to buy it. "Time and time again, history has proven that you got it wrong as well in Iraq, sir," Kelly said. She then listed a litany of the facts that supported her argument:

"You said there was no doubt Saddam Hussein had weapons of mass destruction. You said we would be greeted as liberators, you said the Iraq insurgency was in the last throes, back in 2005, and you said that after our intervention extremists would have to 'rethink their strategy of jihad.' Now, with almost $1 trillion spent there, with almost 4,500 American lives lost there, what do you say to those who say you were so wrong about so much at the expense of so many?"

"No, I just fundamentally disagree ... Megyn," Cheney responded. “You’ve got to go back and look at the track record. We inherited a situation where there was no doubt in anybody’s mind about the extent of Saddam’s involvement in weapons of mass destruction."