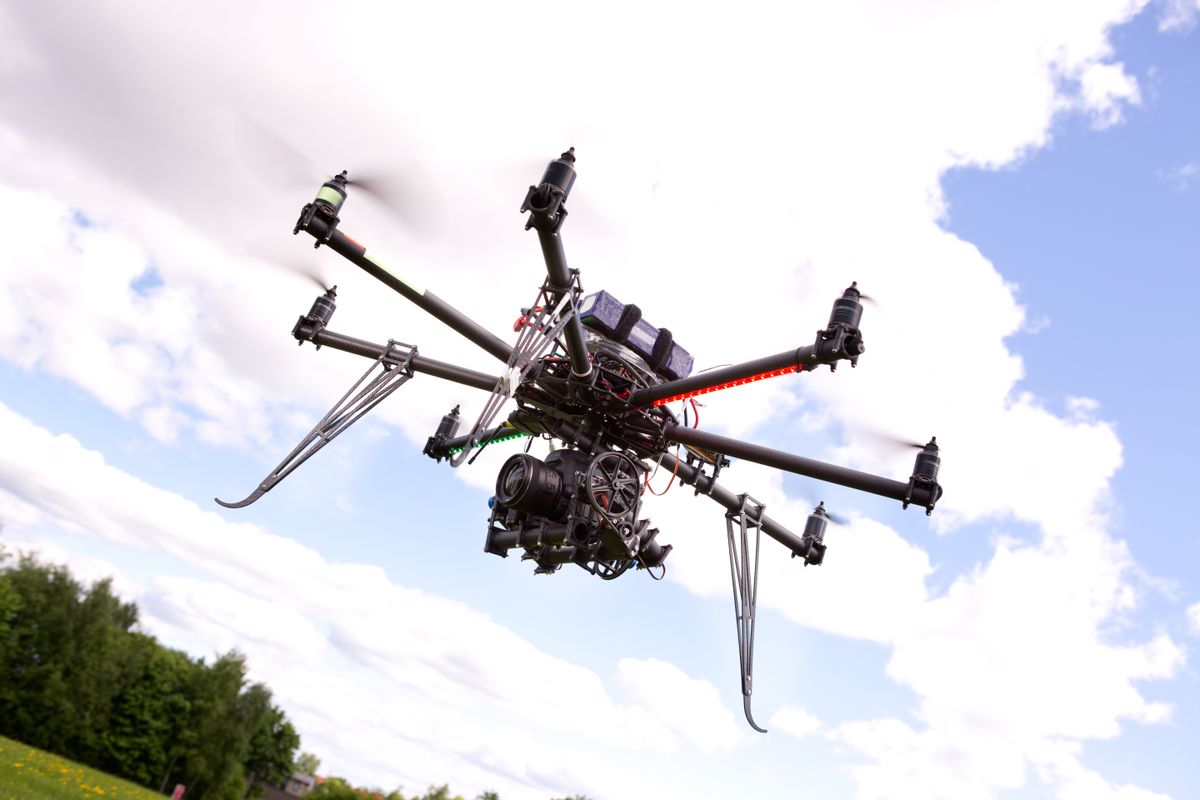 In a bit of unsettling tech news, the South African company Desert Wolf told the BBC it received orders for its riot drone: Skunk. The drone, according to DefenceWeb, is aimed at subduing unruly crowds, without "endangering security staff."

The Skunk Riot Control Copter is armed with four paint ball guns, which can shoot a variety of ammunition: paint balls, plastic bullets or pepper spray pellets. It is also fitted with two high-definition cameras, and an FLIR thermal camera for night vision.  Boing Boing quotes the makers saying that this drone is "equipped with 4 high-capacity paint ball barrels firing at up to 20 bullets per second each, with 80 Pepper bullets per second stopping any crowd in its tracks."

Back in May of this year DefenceWeb wrote: "Desert Wolf will soon deliver the first 25 units to customers in the mining industry and the UAV will enter service around June/July."

These drones, however, are not autonomous. The eight-rotored copter will have two operators: one pilot and one payload dispenser.  "A camera and microphone on the operator’s station records the operators (a pilot and payload operator) so their behaviour can be monitored," DefenceWeb states. The hope is that if the operators are monitored, they'll be less likely to abuse power.

One can only hope! It is a terrifying prospect that "operators" removed from the situation could blindly shoot ammunition -- like a video game, or sci-fi movie -- at a crowd. One might worry that by removing the human element you also remove empathy and ability to judge nuances in a tense situation.

Along with the device comes skepticism. The BBC reports that the International Trade Union Confederation reacted strongly against the idea:

"'This is a deeply disturbing and repugnant development and we are convinced that any reasonable government will move quickly to stop the deployment of advanced battlefield technology on workers or indeed the public involved in legitimate protests and demonstrations,' said spokesman Tim Noonan."

Noonan also told the BBC that the ITUC was going to try to identify which mining company had ordered these drones.