Neil deGrasse Tyson: If we don't foster innovation we "might as well just move back into the cave" 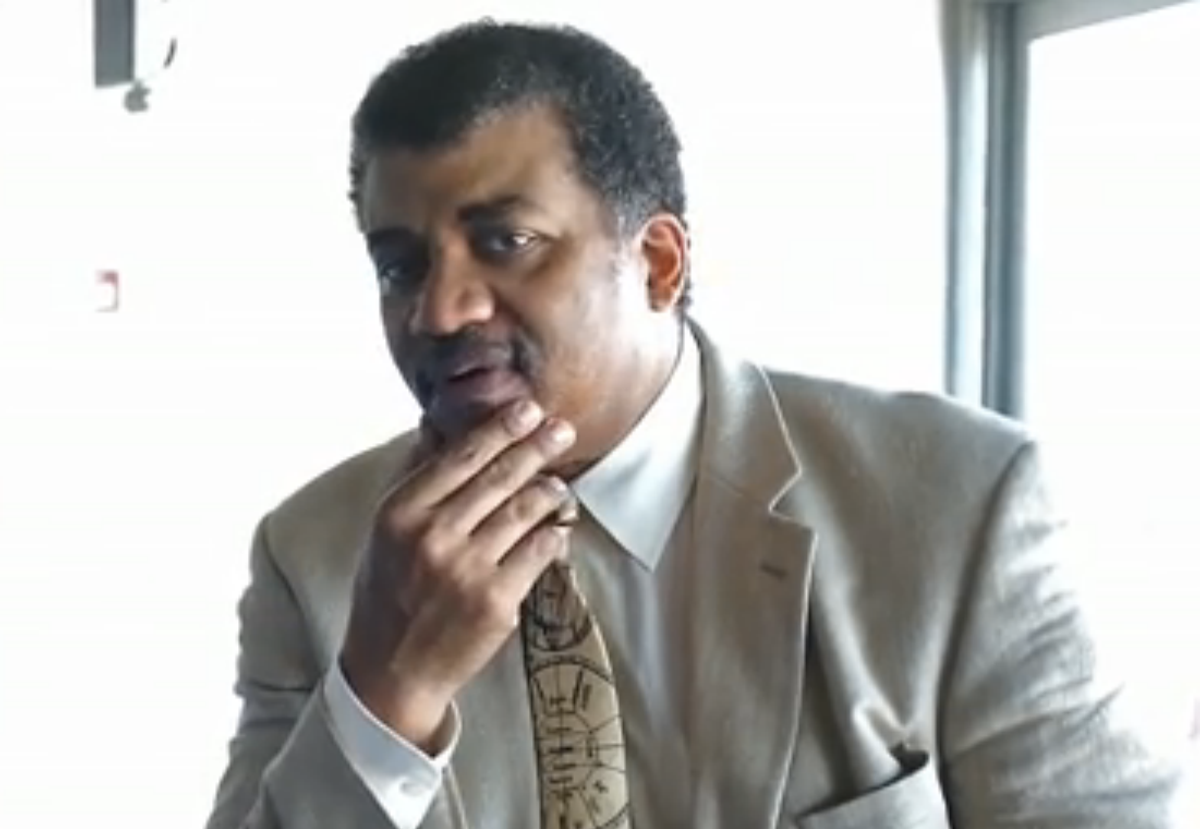 Neil deGrasse Tyson isn't just championing science education, and climate change action, he's also focusing on creativity and innovation. Earlier this week he spoke at the Cannes Lions festival, as part of the Ogilvy & Mather Inspire lecture series. There he had a strong message: If our trends, culture and value move away from innovation we stop solving some of the world's biggest problems.

"Instead of showing slides of star maps or X-ray images of distant galaxies, Tyson chose to feature pictures of money in his appearance at the festival's fourth annual Ogilvy & Mather Inspire lecture. He presented slide after slide of international currency that featured and honored scientists as cultural icons. Today, few such bills can be found, and Tyson fears the world is losing its admiration for science.

"'Somebody cared enough about it to put it on the currency. These are the things that affect your culture. A whole culture can be given to problem solving simply by the forces operating within it and around it, forces you might not even be aware of while you're in the middle of it.'"

A historic example of this, according to Tyson, is the Islamic world at around 1000 A.D., which was at the time a petri dish of intellectual thought and discovery.

"Mathematics, agriculture, engineering, medicine, navigation — all of that happened while Europe was disemboweling heretics at the same time," Tyson explained. "So what happened? Well, it wasn't forever."

According to Tyson, Al-Ghazali, an influential philosopher in the early 11th century, had a different thought: "manipulating numbers was outside your spiritual accountability," Ad Week reports.

"If you're content with everything you see as being the will of a divine force, you have been removed from the equation of all those whose curiosity leads to solutions to problems," Tyson said.

This was also one of the biggest takeaways from the reboot of "Cosmos: A Spacetime Odyssey," which Tyson hosted. And is clearly a fear he has for the United States, where politicians and pop culture openly ignore or deny science. The fear is that not only will nations stifle science, they'll also stifle creative thinking, which works hand in hand with solving scientific problems.

In the video below, via Ad Week, Tyson delves more into this line of thought -- and holds marketers, advertisers and others in the media responsible for creating positive trends and being a powerful influence on creativity and our culture.

"What does it mean to be creative?" Tyson asks in the video below. "It means there's something you've never seen before and you put it together into something that is brand-new that others had not seen. You saw what they saw, but now you've created a new idea, a new product a new brand, a new path to solve a problem."

"Not everyone does that. Let's be realistic, not everyone cares deeply about it," Tyson acknowledges. "Like, I understand. But for those who do, their activities should be cherished, these are the people we should hold up high. We should build statues for those people. We used to. Those are the folks who advanced frontiers. The inventors, the explorers, the discoverers, the innovators."

"These are the people who shape civilization. If you don't cultivate and nurture that, you might as well just move back into the cave, because that's where we're going to end up without it."