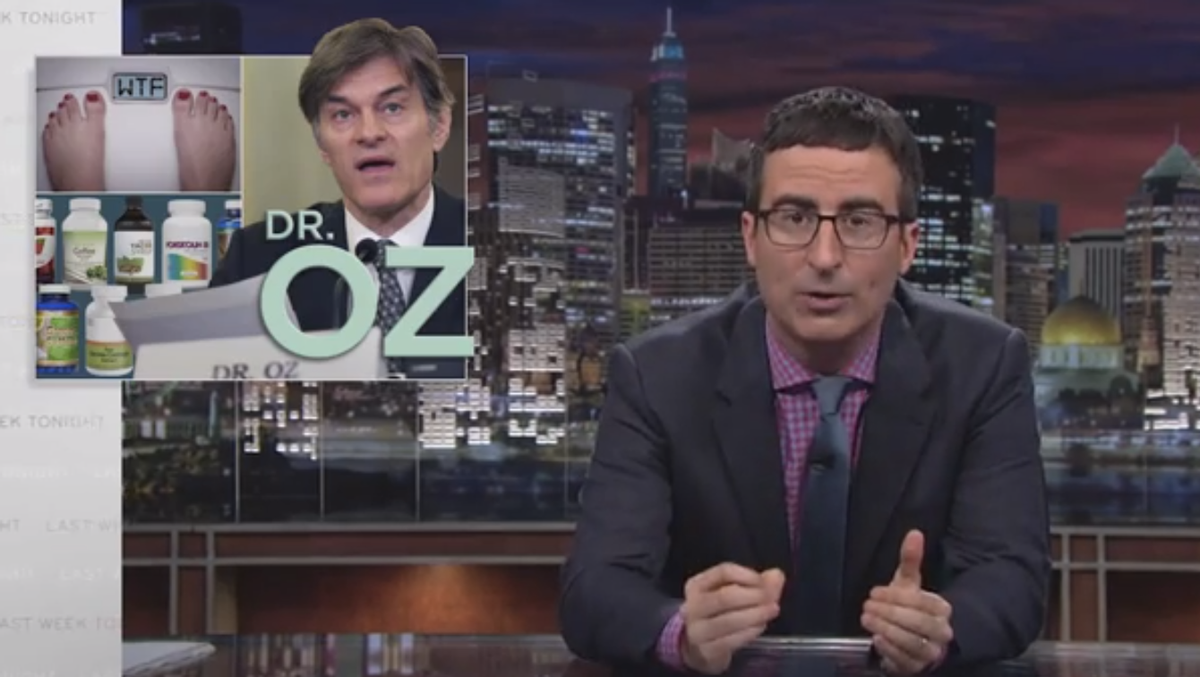 Railing hard against "Old West traveling salesman" Dr. Oz, his "shameless pandering" and the nutritional supplements he introduces as "magical," John Oliver on Sunday excoriated the lack of regulation over the supplement industry. They can get away with it because, Oliver exclaimed, supplement companies have a "wonder drug" called "lobbying."

But Oz claims to not be in the pockets of the lobbyists; instead his "flowery" descriptions of dubious products is all just to "engage viewers."

"Perhaps," says Oliver, diagnosing Oz's ailment, "the problem is that he's done 870 daily, hour-long shows about health and medicine. Sooner or later, you're going to get tired of doing shows about what your poop should look like with Cameron Diaz [real clip]."

"And instead of that, you're going to get tempted to overstretch, and do a show with a title like, 'Can an Aspirin a Day Keep Cancer Away?' to which the answer is clearly, 'No, not entirely,' cause if it did, we wouldn't be hearing about it for the first time on a Wednesday at 4 p.m. in the afternoon."