The host of "Real Time With Bill Maher" stopped by "The Daily Show" to talk religion, Cheney's phlegm and the Mets 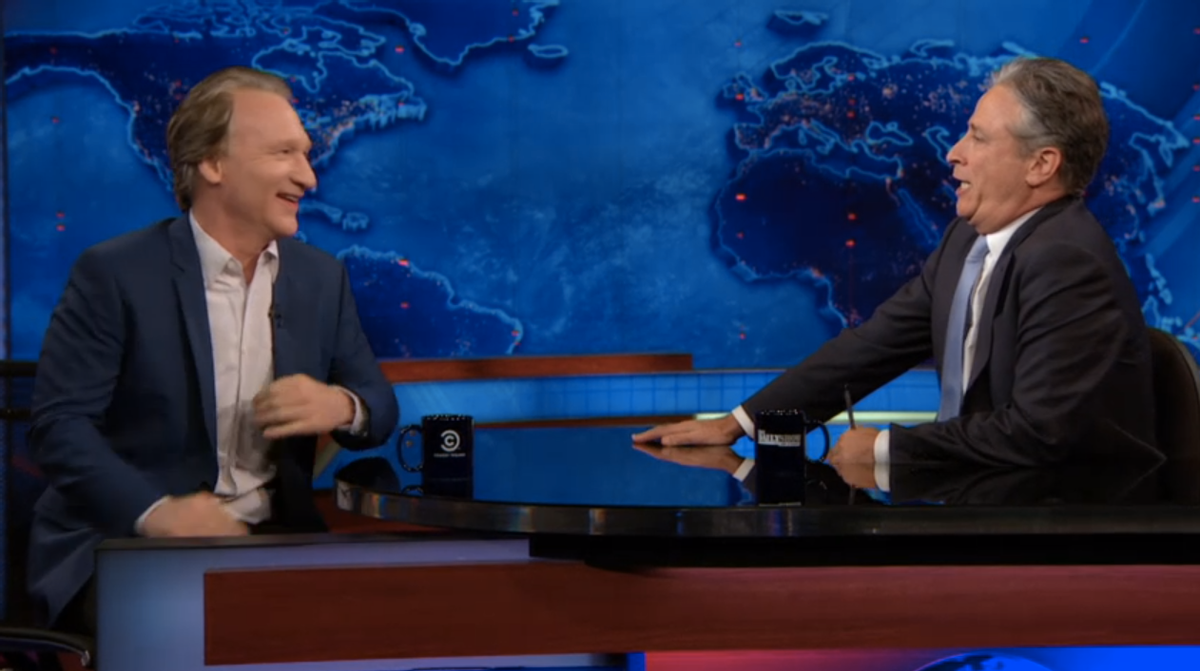 Bill Maher, host of HBO's "Real Time With Bill Maher," has been making the TV rounds. And last night the comedian dropped by "The Daily Show" for some witty tête-à-tête with Jon Stewart. Naturally they chatted about Cheney's phlegm, the Iraq War, religion, drugs and the New York Mets.

Stewart wondered if Maher thinks his stances on the issues -- legalizing pot and taking a hard line against religion -- had influenced the shift in the cultural perception.

"Absolutely," Maher stated. "People used to ask me 'would you run for office?' and that is such a silly question. I could never. And if I did, my slogan would be ‘Drugs are good and religion is bad.’"

The two also discussed religion in terms of political candidates -- notably, thus far non-candidate Hillary Clinton, who just stated that the Bible was her favorite book.

“You couldn’t find something more violent like 'Game of Thrones'?” Maher asked.

Stewart speculated that the Bible is only her favorite book because she's running for office. Maher isn't so sure, but there is one politician that he doesn't believe is religious at all.

“You know who’s a liar about this, is Obama,” Maher said. “Obama is always spouting spiritual bullshit and I don’t believe it for a second. He’s a drop-dead atheist, absolutely.”

Of course the two also discussed the New York Mets; watch below: