A co-founder of Nest shrugs: "We're not telling Google anything that it doesn't already know" 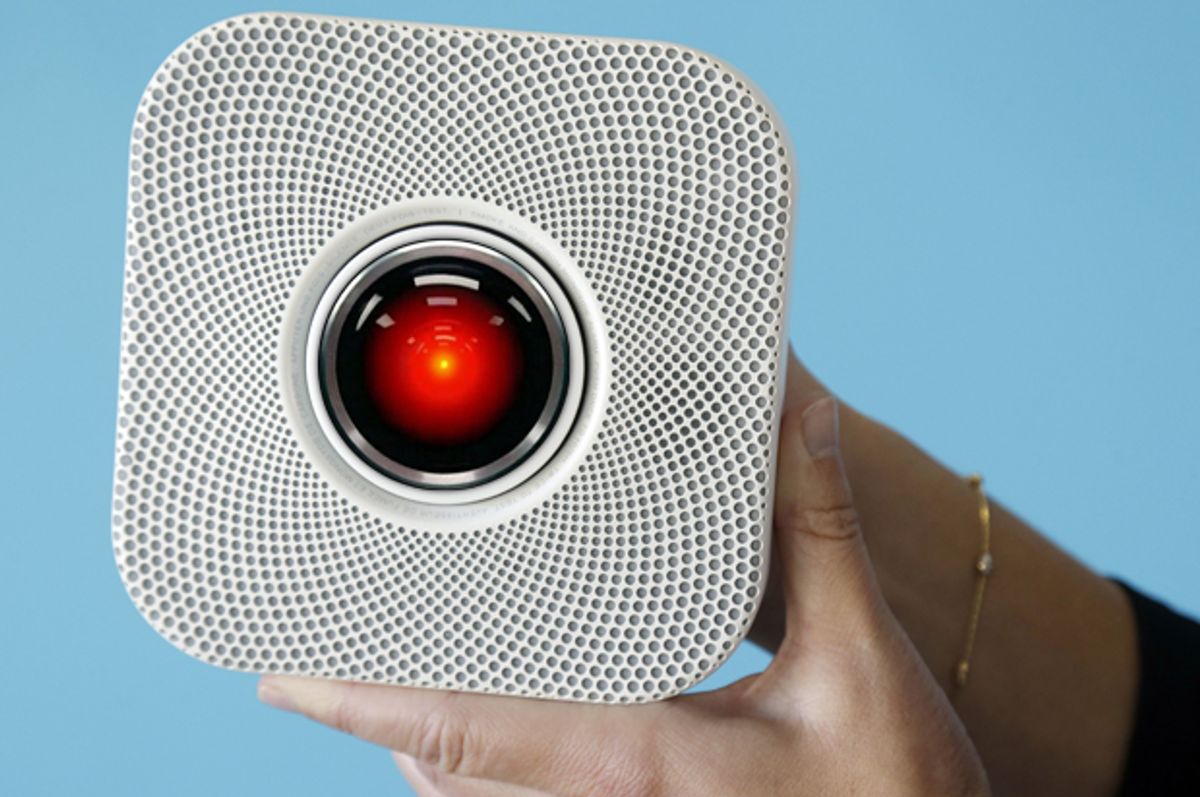 From the moment Google started offering "free" email, which users "paid" by allowing Google to target ads based on keywords in the content of their emails, anyone paying attention understood that Google's access to intimate information about our lives is breathtaking. But over the last month, the extent to which Google has expanded its surveillance capabilities is still astonishing.

On Friday, Nest, the subsidiary of Google that makes "smart" thermostats and smoke alarms and aspires to provide "the operating system of the home," announced it was purchasing DropCam, a security company that operates in-home webcams. Then, on Tuesday, the Wall Street Journal reported that Nest would for the first time start sharing user information with Google.

The integration will allow those users to set the temperature of their homes with voice commands to a Google mobile app. It will also allow Google’s personal digital assistant, Google Now, to set the temperature automatically when it detects, using a smartphone’s location-tracking abilities, that a user is returning home.

When the news that Google was buying Nest broke in January, co-founder Tony Nadell declared that "our privacy policy clearly limits the use of customer information to providing and improving Nest’s products and services. We’ve always taken privacy seriously and this will not change."

Now, Nest's tune has changed a bit. Nest's other co-founder, Matt Rogers, shrugged off the news that it would be sharing location information with Google, by telling the Journal, "We’re not telling Google anything that it doesn’t already know."

Google Now, for example, already knows when you are headed back home. So why not add a little coordination with Nest!?

But where in the world does this end? Two weeks ago, Google paid $500 million for its own network of globe-spanning satellites. So it's got the outside of your home on camera. A week and half later, Nest spends $550 million for a company that records video from the inside of a home.

That's pretty impressive blanket coverage. Eyes in the sky, eyes in your home, eyes in your phone. Even in a social environment in which it has become commonplace to say that the general public is becoming more privacy conscious, Google is significantly expanding its surveillance network. Let's listen to that Rogers comment again: We're not telling Google anything that it doesn't already know.