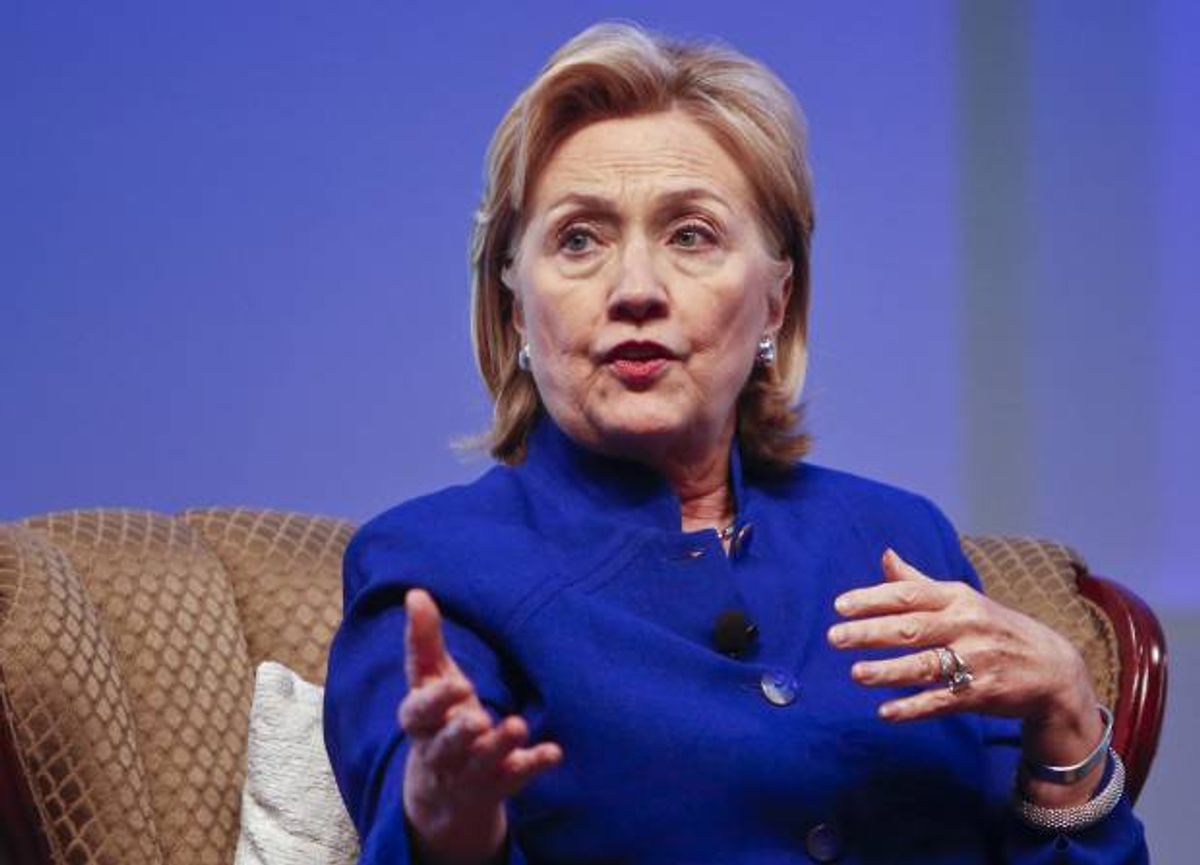 "I find it deeply disturbing that we are going in that direction," Clinton said, in reference to the court's holding that certain corporations had religious rights that could allow them to refuse to provide their employees with birth control.

“It is very troubling that a sales clerk at Hobby Lobby who needs contraception, which is pretty expensive, is not going to get that service through her employer’s healthcare plan because her employer doesn’t think she should be using contraception," Clinton continued.

The former first lady and iconic feminist went on to echo a concern put forward by Justice Ruth Bader Ginsburg in her dissent, worrying that the ruling would lead to a "slippery slope" situation in which corporations begin to challenge many other laws they don't like on religious liberty grounds.

"Many more companies will claim religious beliefs" as a result of the ruling, Clinton predicted. "Some will be sincere, others maybe not. We’re going to see this one insurable service cut out for many women.”