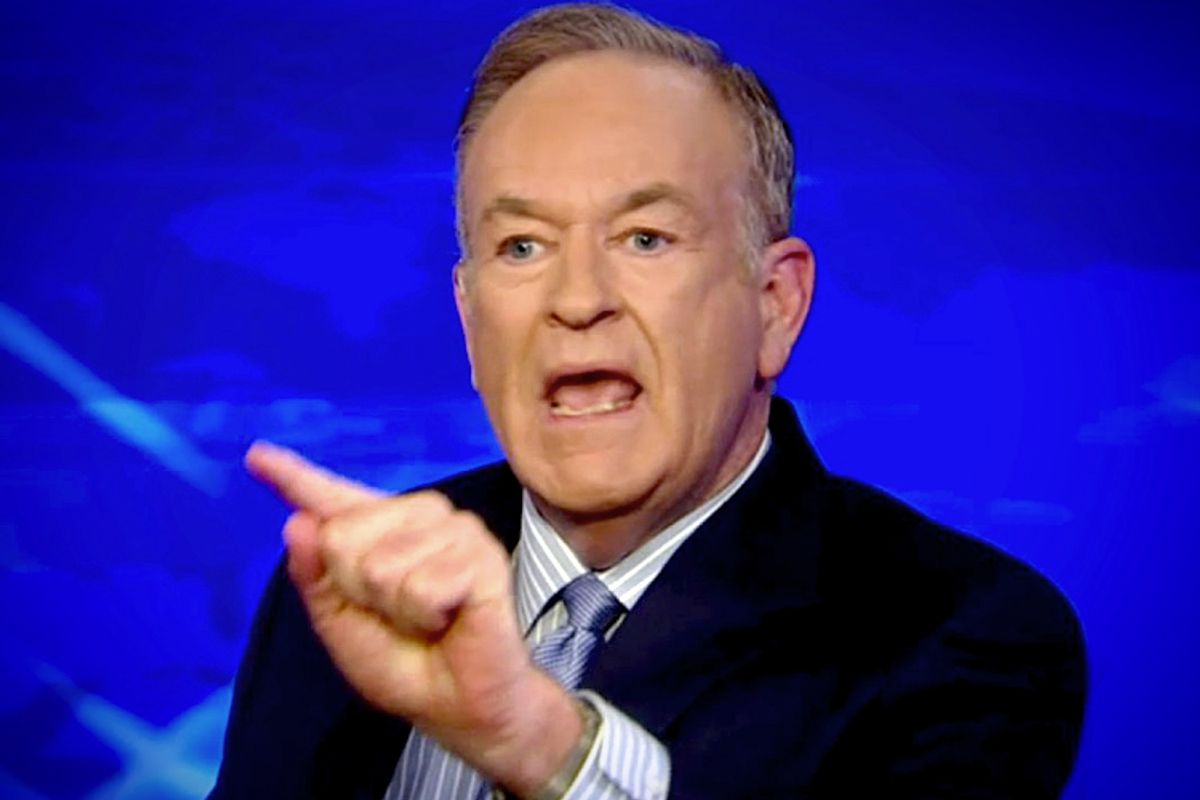 The politics of immigration on the right are so blinkered that they make for some amusing intramural fights and a weird realignment of the moderate/extremist spectrum. For example, it is possible to refer to Fox News’ Bill O’Reilly as a “relative moderate” on immigration, but that’s only because his views are tested against those of Laura Ingraham, whose policy preference is deport every single undocumented immigrant in the country and their families. They got into it on Fox News last night, and O’Reilly called Ingraham’s position “draconian,” which it absolutely is, and Ingraham accused O’Reilly of “adopting the argument of the left.”

So yes, Ingraham is an extremist and her immigration policies are morally reprehensible. But what about O’Reilly? Is he really a liberal softie when it comes to undocumented immigrants? As it turns out, he released his own plan this week for solving the country’s immigration problem that is “fair, humane, and can be implemented quickly.” O’Reilly’s plan is actually terrible. Not as terrible as Ingraham’s preferred solution, but still bad.

The Bill O’Reilly immigration solution relies heavily upon forcing Mexico to militarize both its northern and southern borders:

Number one, in order to stop the border madness, President Obama must demand that Mexico police its own borders. That means stopping tens of thousands of illegal aliens from crossing into Mexico from Guatemala. Not a hard thing to do if you post the military at border check points.

Who would have suspected that closing down a border through military force was “not a hard thing to do”? O’Reilly is correct that the 540-mile Mexico-Guatemala border is porous and not rigorously policed by either country. Militarizing it to the extent that O’Reilly expects would actually be expensive and supremely difficult, since it’s basically one long stretch of mountains and jungles. Also, it likely wouldn’t succeed. “Establishing a U.S.-style, militarized border with fencing, cameras, heat sensors and agents would be a costly undertaking and would likely fail to end smuggling,” the Washington Post reporting in 2011, “given the dense jungles and mountain ranges. Geographic boundaries, such as the Usumacinta River, tend to facilitate the movement of goods and people as trafficking corridors, rather than act as barriers.”

For the northern border, O’Reilly wants Mexico to militarize that one too (because, again, so easy!) and he also wants the National Guard to be sent south to help lock down the frontier from our end. Just send the National Guard, right? Problem solved!

Actually it’s really not that easy, according to a 2012 report from the Government Accountability Office. Mobilizing the National Guard requires planning and a clear objective – are they there to provide support to law enforcement, or actually engage in law enforcement activities themselves? Will state governors or the secretary of defense be in command? There are legal complexities and policy questions and jurisdictional issues that need to be hammered out, and even when a plan is formed it can take up to six months for the Defense Department to sign off on it.

But what if Mexico declines to undertake the allegedly not difficult task of militarizing their northern and southern borders? O’Reilly has an answer for that, too:

If Mexico does not cooperate on its borders, President Obama should issue trade sanctions against that country quickly. Mexico is the primary reason we have so much immigration chaos and it's time our federal government acted responsibly to hold that country accountable.

Imposing trade sanctions isn’t as tidy a solution as O’Reilly makes it out to be. The U.S. and Mexican economies are tightly interwoven, and they both have economic leverage over the other. Millions of U.S. jobs depend upon trade with Mexico. A threat of trade sanctions by the U.S. would almost certainly result in Mexico threatening their own set of retaliatory sanctions. This actually happens fairly frequently, and it almost always results in both governments backing down because business interests in both countries really don’t want a trade war to break out.

As for undocumented immigrants inside the country, here’s O’Reilly’s “humane” solution:

And what about the undocumented aliens who are already here? First they all must register at their local post office within three months providing name, age, family members, country of origin and address in the USA. Every illegal alien adult must do that. If they don't, it's a felony. They go to a federal prison upon conviction.

There are currently some 216,000 federal prison inmates in the United States. The federal prison system is already overcrowded and straining to deal with the ever growing inmate population. There are an estimated 12 million undocumented immigrants in the United States, who would have three months to register through the already overtaxed U.S. Postal Service, which does not currently list “immigrant registration” as part of its mandate. This math, as you can probably tell, does not work.

O’Reilly’s plan is, for lack of a better word, stupid. It has unrealistic expectations, would threaten relations with one of our closest economic partners, and would likely result in a law enforcement catastrophe. And that’s just it – as ridiculous as the O’Reilly immigration position is, he’s still to the left of a significant portion of conservative movement, which favors mass deportations over mere prison overcrowding.