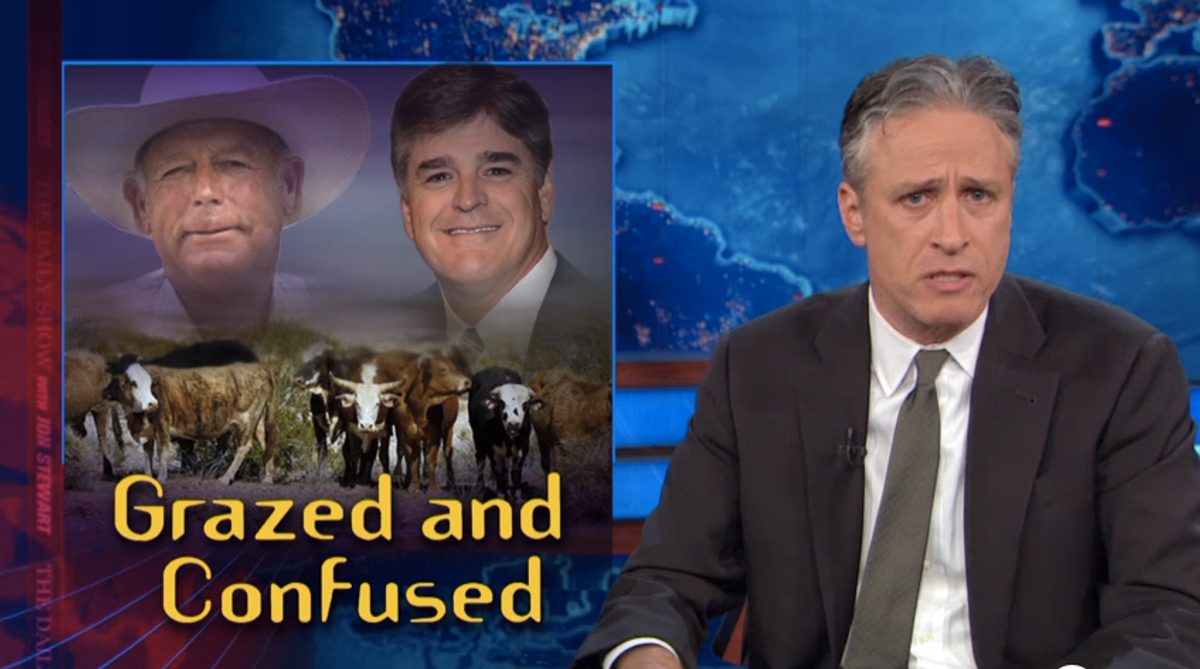 A look at the 10 best segments from this year's "Daily Show" demonstrates just how important the show's correspondents are. Among the funniest, most talked-about segments: Samantha Bee and her one-woman shows, Kristen Schaal's spot-on feminist critiques and Jessica Williams' commentary on sexual assault. Other top moments include a standoff between Stewart and Sean Hannity and a guest appearance by former correspondent and future "Late Show" host Stephen Colbert.

When you realize that Fox's "The Five" is really a show about love, it becomes a lot less insufferable. Allow Samantha Bee to demonstrate, in her one-woman show.

Football is a "sport that is not exactly known for its acceptance of gay people," said Stewart, as he congratulated Michael Sam, who became the first openly gay football player in NFL history. But why is it so hard for gays to be accepted in the NFL, Stewart continued, when we barely bat an eye over players who have been "convicted of DUI vehicular manslaughter, or obstruction of justice in connection with a murder, or have been accused of sexual assault, or screamed the N-word at a concert, or killed a bunch of dogs and buried them in his fucking yard..." Stewart brilliantly skewers the hypocrisy of homophobic football fans and players:

"The Daily Show" needs more Samantha Bee. She found some guy named Peter Schiff who doesn't believe in a minimum wage unless it's for "somebody who is — what’s the politically correct word for ‘mentally retarded.’” In that case, he says, make it $2. Oh, and this Schiff fellow is a financial investor and commentator. Neato!

Another brilliant one-woman show by Bee, this time about the "Morning Joe" family.

Schaal takes on Susan Patton, aka Princeton Mom, by one-upping her: she starts a dating service for kindergartners.

While CNN continued to come up with bogus ways to cover missing Malaysia Flight 370, Jon Stewart continued to cover CNN's hackery. Here's one of his best, most scathing segments about the network and anchor Wolf Blitzer:

In one of the most bittersweet moments in comedy this year, Stephen Colbert appeared at his mentor's show to say goodbye to his blowhard character, "Stephen Colbert," who will depart from Comedy Central in the fall of 2015 and go wherever the rails may take him.

Correspondents Jessica Williams and "Daily Show" newcomer Jordan Klepper highlighted the absurdity and outrageousness of the sexual assault crisis in America's colleges. This segment was the perfect antidote to George Will and college administrators who seemingly “incentivize sexual assault."