Pentagon finally decides to dig up remains of long-lost soldier 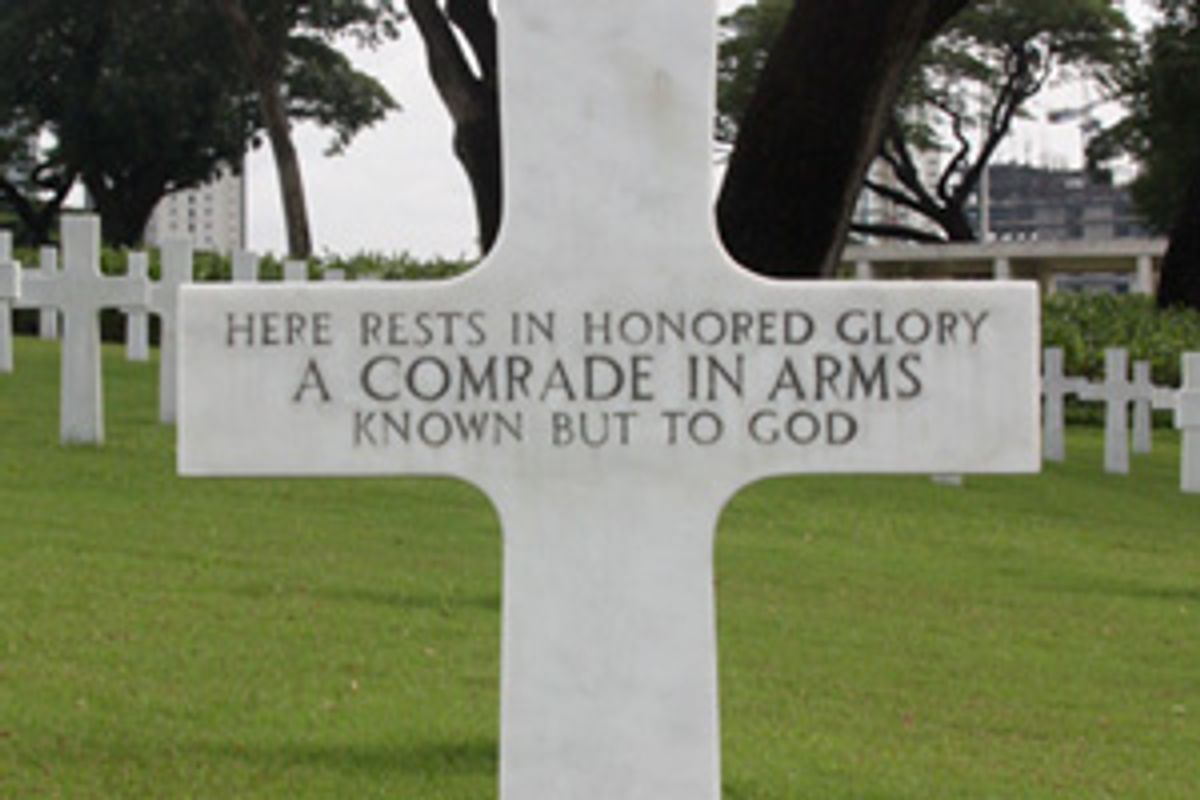 After years of refusing to act, the U.S. military has reversed course and has decided to disinter the possible grave of Arthur "Bud" Kelder, a POW from World War II who is buried anonymously in an American war cemetery in the Philippines.

Earlier this year, ProPublica and NPR reported about the struggle by Bud's family to get him finally ID'd — and the resistance they have faced from the Pentagon.

As we detailed, the military's effort to recover MIAs such as Bud has suffered from outdated scientific methods, overlapping bureaucracy and poor management. In 2013, the military, which receives about $100 million annually to do the job, identified just 60 service members out of the about 83,000 Americans missing from World War II, Korea and Vietnam.

Bud's family has long been fighting the Pentagon, even going so far as suing, to get the Joint Prisoner of War/Missing in Action Accounting Command to dig up the grave of the unknown soldier who may be Bud.

Bud, an Army private, died in 1942 in the Cabanatuan POW camp in the Philippines and was buried in a common grave numbered 717 – all of which is known because the POWs there kept a meticulous roster of the dead. After the war, the U.S. military dug up the POW graves and attempted to identify the remains. Those who couldn't be identified were buried as "unknowns" in a cemetery in Manila. Bud's family never knew what happened to his body.

Bud's cousin John Eakin began searching for his remains a few years ago. Using historical and medical documents, Eakin discovered clues suggesting the grave of one of the unknowns, labeled "X-816," was Bud. Eakin repeatedly petitioned J-PAC to disinter the grave and do DNA testing on the bones to see if they matched Bud's.

But despite some anthropologists at J-PAC believing it was a viable case, the agency's scientific director, Tom Holland, steadfastly refused. Under Holland's leadership, J-PAC has long operated with a risk-averse disinterment policy for the 9,400 unknowns buried around the world, rarely pursing those cases. J-PAC contended that Bud's case didn't meet those highly restrictive standards.

Now the military has decided to disinter not only X-816, but also the remains of 10 other men who were never identified from common Grave 717, according to Navy Cmdr. Amy Derrick-Frost, a Defense Department spokeswoman. Derrick-Frost did not say what led the Pentagon to change its stance.

Eakin said the family was overjoyed that the government was finally acting after the family first brought evidence to the Pentagon's attention more than four years ago. But he also expressed frustration that they are only acting now.

"Exhumation of the remains of these unknowns is not being done because it is the right thing to do. Rather, these remains are being returned in response to our family's lawsuit against the U.S. Government," Eakin said. He added: "This will be a hollow victory for MIA families unless the U.S. Government undertakes substantial and meaningful reforms of the MIA accounting process."

Defense Secretary Chuck Hagel announced a broad overhaul of the MIA mission in March, combining the multiple, fractious agencies involved in the mission into a new, single entity. The restructuring has not yet happened. A Pentagon inspector general report about the mission's struggles is expected next month.

There's no timeline yet for the exhumation, but if X-816 does turn out to be Bud, the family plans to bury him the family crypt in the Norwood Park neighborhood of Chicago where Bud grew up.