Watch Kanye get booed through a 15-minute, mid-set rant about media and the fashion industry 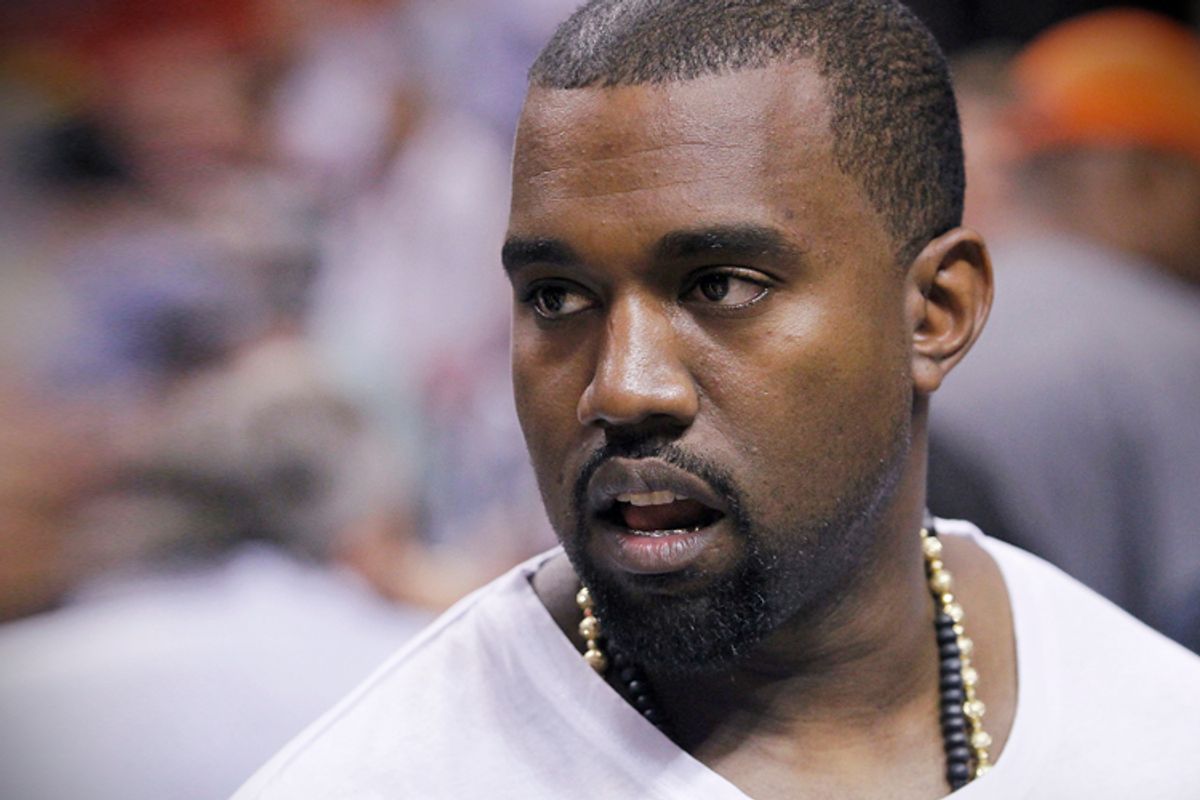 Hip-hop superstar Kanye West delivered an expletive-filled, never-ending rant to a less-than-receptive audience at London's Wireless Festival Friday night, where he was filling in as a last-minute replacement for the rapper Drake.

"Now what have I ever done that was so wrong other than believe in myself?" West asked the audience, before going off about Nike, Louis Vuitton, Gucci: "I’m just saying, don’t discriminate against me, because I’m a black man or because I’m a celebrity, and tell me that I can create, but not feel."

"You know, I just want to make something awesome," West continued. "I just want to be awesome, and I want to hang around my awesome friends and change the fucking world, and that’s exactly what I plan to do."

This is not the first time West has donned a mask, gone off on a stream-of-consciousness rant mid-set or been booed by the audience for doing so. He ended up doing it again Saturday night. His most recent performances, however, appear to have been a new high (low?) for the artist.

The rant, in its entirety, was captured in the video below: