From the Verve to the Verve Pipe, "Your Woman" to "A Girl Like You," a decade in unforgettable one-hit wonders 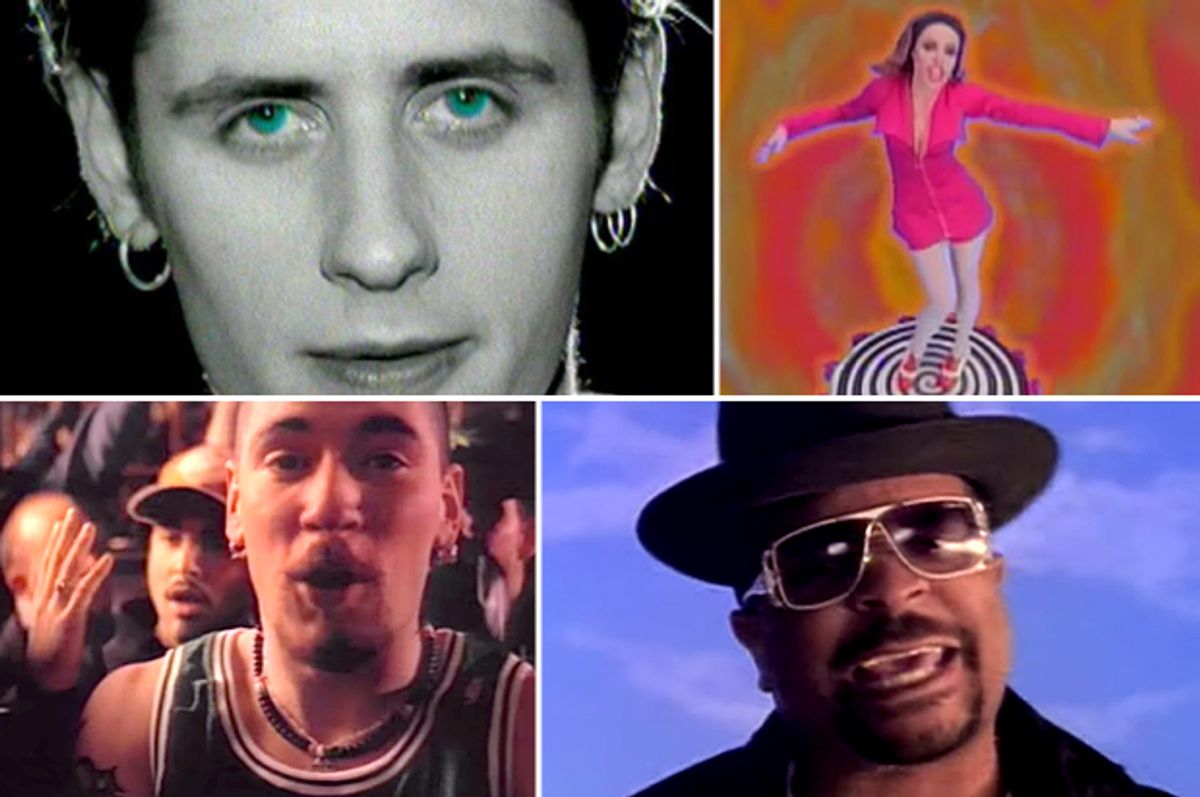 The pop charts went so screwy in the '90s that sometimes it seemed like anyone could have a hit -- whether white rappers or punk-rock legends who probably never dreamed of scraping the top-40. It was a time of deep-voiced singers who all sounded like Collective Soul, of boy bands, of would-be Nirvanas, British dance-rock hybrids and so much more. So let's follow up our list of 80 one-hit wonders of the '80s with 90 from the '90s. Yes, bands like Fastball and Go West and Toad the Wet Sprocket technically had more than one hit, but these certainly defined them. And yes, Edwyn Collins and Siouxsie Sioux had long, influential careers, but this was the one moment where they broke through and captured a mainstream audience for the first time. Add your own favorites in the comments.

Mighty Mighty Bosstones, "The Impression That I Get"

New Radicals, "You Get What You Give"

Joan Osborne, "One of Us"

Presidents of the USA, "Lump"

Primitive Radio Gods, "Standing Outside a Broken Phonebooth With Money in My Hand"

Siouxsie and the Banshees, "Kiss Them for Me"

Sir Mix-a-Lot, "Baby Got Back"

Sister Hazel, "All for You"

Spacehog, "In the Meantime"

Sublime, "What I Got"

Take That, "Back for Good"

Toad the Wet Sprocket, "All I Want"

Tonic, "If Only You Could See"

The Verve Pipe, "The Freshmen"