For the likes of Steve Doocy, women should be seen and not heard and know how to keep their husbands happy 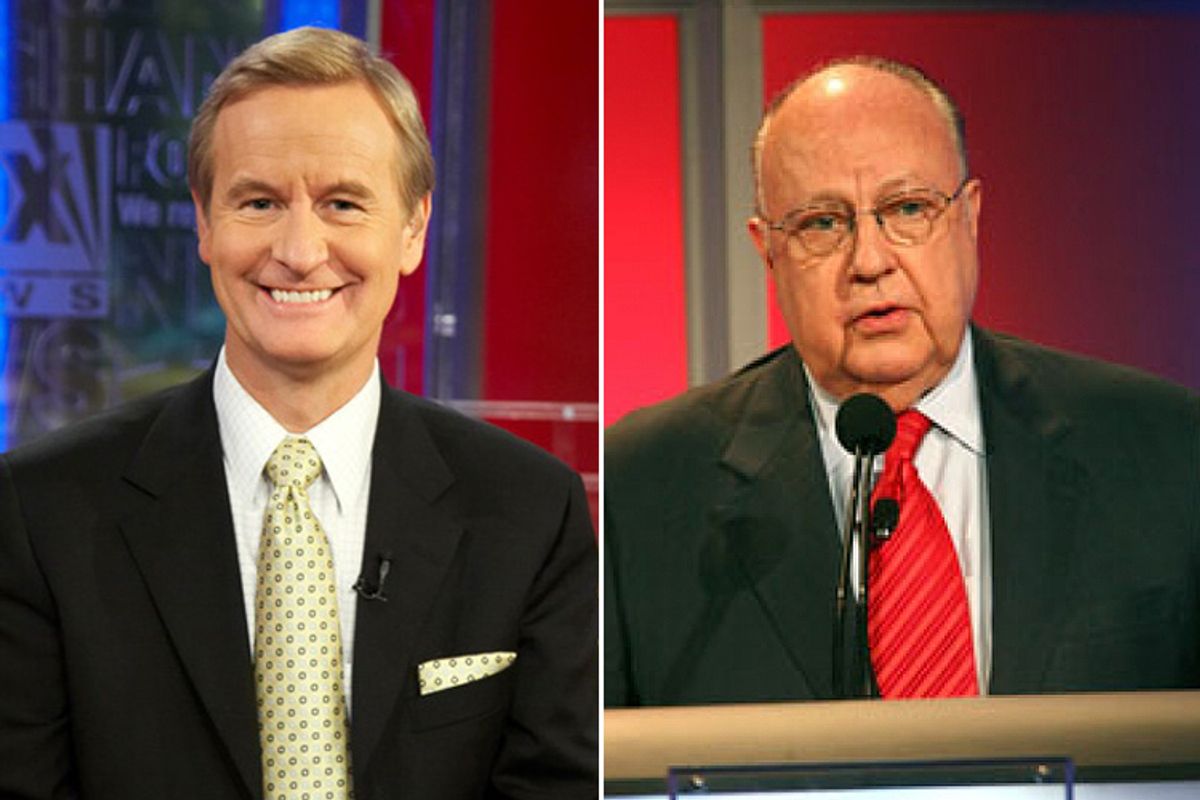 Whenever Fox decides to feature segments on “women’s issues,” the conversations are usually so appallingly misguided that you almost wish they hadn’t bothered. Yesterday’s episode of Fox & Friends, featuring interviews with author Sylvia Ann Hewlett and the “Princeton Mom,” Susan Patton, was a case in point. Hewlett is the author of Executive Presence, a self-help book for women in the workplace, while Patton is best known for writing a letter to her alma mater urging young women to devote 75 percent of their college careers to finding husbands. With the help of male co-hosts Steve Doocy and Brian Kilmeade, as well as some handy graphics, the episode produced a litany of advice for young women that could have been ripped from the pages of a 1950s home ec textbook. Here are five of the most egregious examples of Fox-approved tips for women:

Over the course of the interview with Hewlett, women are told to “keep their voices down” and avoid “talking too much” no less than four times (twice by Doocy, once by an onscreen graphic, and again by Kilmeade). Call this the anti-Sheryl Sandberg mantra. Instead of asserting their right to actively participate in workplace discussions, women should refrain from “dominating” the conversation and be sure to monitor the volume and tone of their voices. This point was also repeatedly made in the same breath as comments about “presentation” and clothing, as if to say “Got it ladies? You’re supposed to be seen and not heard.”

2) “Dressing well is half the battle.”

Like so many other publications on women in the workplace, Hewlett’s devotes considerable attention to appropriate office attire and how to “fit in with flair.” There’s nothing wrong with offering some basic advice on appearance, but every time Hewlett tried to steer the conversation to other topics covered in the book, like communication and gravitas, the male co-hosts return to physical presentation. Plenty has been written about the attention paid to the clothing of powerful women (Hillary Clinton knows how tedious this can be), yet the standard remains the same: articles about female politicians, celebrities or businesswomen will devote entire paragraphs to describing their outfits, while those about male leaders spend little time meditating on their choice of tie or dress shoe. Besides the double standard, it is insulting to suggest that dressing well evenshould be half the battle, for men or women. How about qualifications? Experience? Work ethic? Original ideas? Co-host Anna Kooiman is the only one to even bring up the point that maybe “women shouldn’t be too focused on what we look like, and what we’re wearing, but what our minds can do.”

In the depressingly simple world of "Princeton Mom" Susan Patton, marriage is the be-all, end-all goal for women. Once you’ve found a husband, your job is to do everything in your power to nurture and care for him, making sure his needs are being met. Even though women comprise 47 percent of the US labor force, and 73 percent of working women hold full-time jobs, it is still, for some bizarre reason, their responsibility to offer their husbands a drink and cook them a meal at the end of the work day. Never mind that women also spend almost twice as much time as their spouses on childcare each week. Fox’s hosts happily reinforced this sexist message, with Doocy asking Patton “When did it happen when men and husbands became doormats?” Because we all know asking a man to help out around the house or cook dinner is the pinnacle of emasculation. Even more disturbingly, Patton warns against ending relationships that aren’t working out because of “how difficult it would be to replace him.” As she says:

If you are in your mid-30s or older the idea that you’re going to find another husband, almost impossible. And if you don’t believe me ask your maiden aunt, she will tell you when she’s done feeding the cats.

That line prompted a chorus of guffaws from Kilmeade and Doocy. But the underlying message is frightening: your identity and self-worth are predicated on your marriage, and being single or divorced is a sign of moral failure. Entirely ignoring the fact that people grow apart, or fall in love with other people, or out of love with each other, Patton insists, “Don’t even think that divorce is an option.”

Unsurprisingly, Patton believes that women today are “entitled princesses” for prioritizing their careers ahead of their families. She thinks that the media focuses too much on the self-esteem and careers of young women, while men’s workplace struggles are neglected and minimized. For Patton, the choice is simple: you can be a “good” wife and mother, who cares for her family and presumably stops working full time after having children, or you can be a “selfish” careerist. God forbid that women may not be interested in having children—or in getting married at all. Again, Patton’s narrow worldview is made glaringly obvious; not only is she incapable of envisioning a dynamic where both parents work and are involved with raising their children and housekeeping, but she entirely overlooks the hundreds of thousands of LGBT people, divorcees, widowers, single people, low-income families who rely on both parents’ paychecks, and single mothers who don't fit into these neatly defined roles. It’s Leave It to Beaver or bust.

5) Feminism is the problem

Needless to say, there is only one culprit for young women’s egotism and unappreciative attitude towards men: feminism. According to Patton, “women have become so emboldened by those antagonistic feminists” that they have forced an “overcorrection” in American culture, in which society has gone from ignoring women’s rights to becoming overly sensitive to them. She was particularly perturbed by a segment that Fox & Friends had run the day before, focusing on what husbands need to do to make their wives happy. Claiming she was “screaming at the TV” when Mark Merrill, head of Family First, suggested that men offer to stay home with the kids so that their wives can take the night off, Patton explained that was yet another example of men being forced to go out of their way to accommodate the needs of their wives, while their own needs go unmet.

In sum, Fox says: don’t talk, look pretty, focus on your family, don’t push for equal rights, and care for your husband. It would be funny if it wasn’t so depressing.