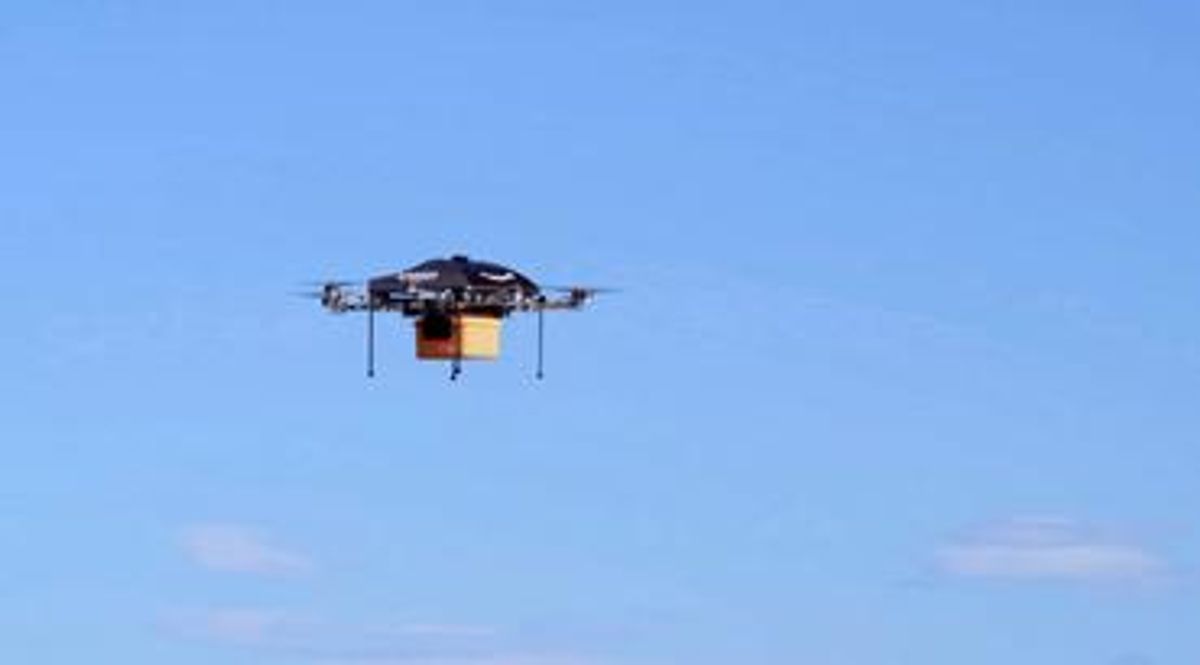 Amazon is moving forward with its controversial drone delivery program, Amazon Prime Air. The company officially requested permission from the Federal Aviation Administration to test its drones outside in the Seattle area.

In a letter to the FAA, which can be viewed via Regulations.gov, the company details the current drone program, which has made startling advancements in the last five months. "We are rapidly experimenting and iterating on Prime Air inside our next generation research and development lab in Seattle," the letter states.

Amazon is apparently working on the eighth and ninth generation of Prime Air, and is testing their agility, redundancy, "sense-and-avoid sensors," duration and other algorithms. The company is also working on aerial vehicles that can travel over 50 miles per hour and transport a five pound payload.

All of this testing has taken place in its indoor research and development labs, and now Amazon wants to take it outside.

Currently the FAA prohibits the use of drones for commercial purposes (with few exceptions) and has strict guidelines for the use of recreational drones. Eventually Amazon would like to use the unmanned aerial vehicles to deliver packages to customers in 30 minutes or less.

The use of drones as a whole -- commercial, military or recreational -- is controversial. Drones have been banned in U.S. National Parks and one nearly crashed into a plane over Florida. There are obvious issues: Safety (What if a drone crashes on a person? What if drones crash into each other? What if it crashes into a plane?), theft (How do you prevent thieves from taking drones, or taking the drone's payload? Or taking the data from the drone?) and the subsequent killing of jobs by replacing humans with robots. In the cartoon world of the "Jetsons," flying objects were of no regulatory obstacle -- because they were cartoons. In the real world, futuristic flying objects are not animated with personalities, and the world is not designed along plot lines. The fantastical must be met with some regulation.

Then of course there is surveillance and the murky border between privacy and convenience. Sure, there is something tantalizing about getting a package in under a half hour. But as Natasha Lennard once pointed out, in order for these delivery drones to work, besides regulations, there has to be a system in place (run by a company like Amazon) that regularly stores and knows a lot of our information -- GPS location, address, product preferences, habits -- and that should make us more than a little wary.