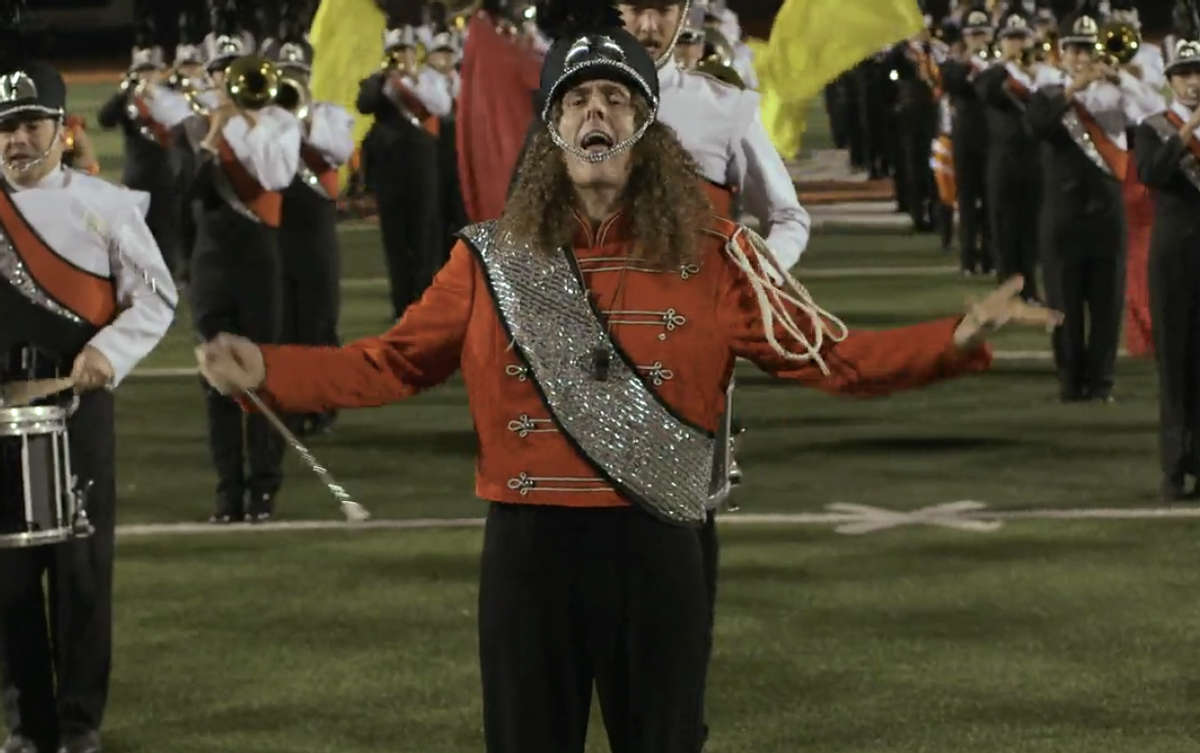 "Weird Al" Yankovic's latest video, out in support of his brand-new album, "Mandatory Fun," is for "Sports Song," according to a leak on Twitter.

Yankovic is releasing eight new music videos to accompany what may be his final album -- in an over 30-year career of parodying popular music. The first video, "Tacky," was a parody of Pharrell Williams' "Happy" and the second one was a didactic yet hilarious take on Robin Thicke's "Blurred Lines." Yankovic's "Word Crimes" is about, well, grammar.

This video is for "Sports Song," a tune that effectively pokes fun at sports fans everywhere. It may be late for the World Cup fever, but it is just in time for college football.

Update: According to lawyer/journalist Mike Sacks, who had tweeted the link to the "Sports Song" video this morning, it might not be today's intended video.