Embattled NJ Gov. and pals want you to think the Bridge scandal is over. It's still very much under investigation! 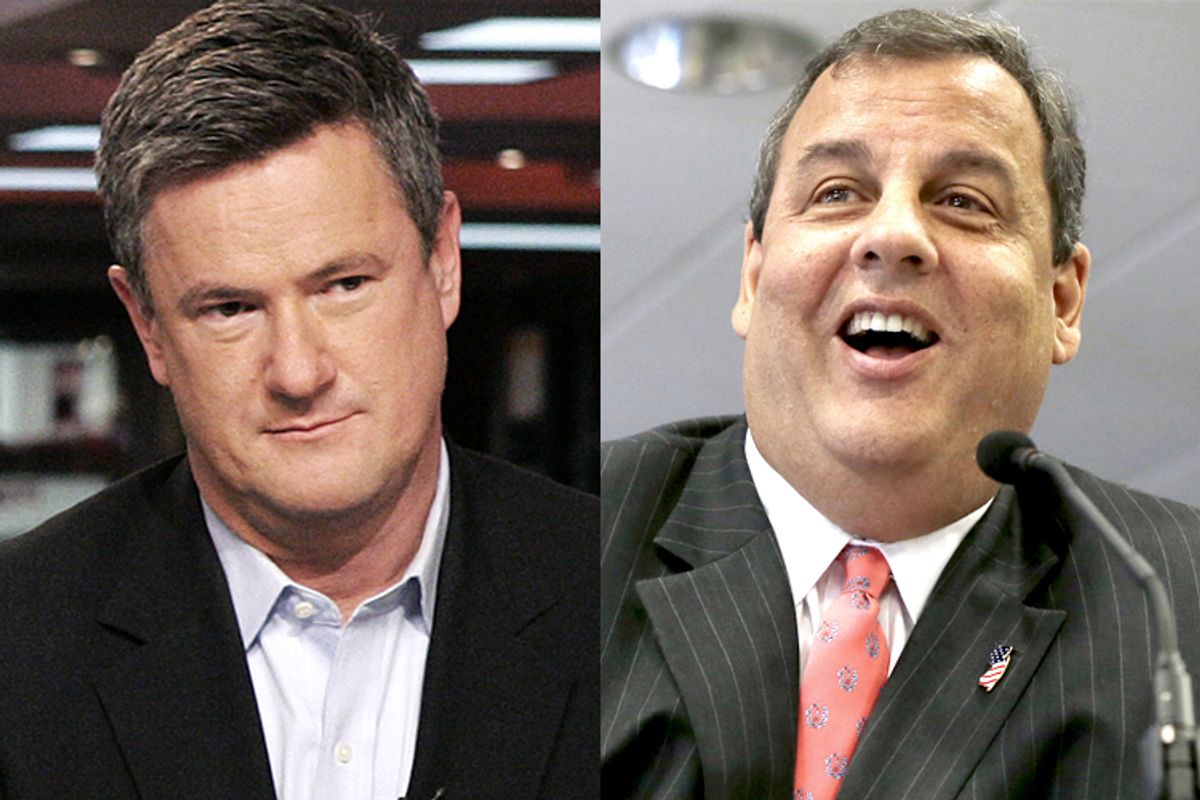 Christie's popularity within the Republican party first boomed in 2009, when his staff manufactured viral videos of him berating public employees, mostly teachers. His team's latest and ... well ... most overproduced video indicates that the governor is now ready to get back to his roots of slashing public employee benefits. This time, it's not #classicera raw footage of him screaming at a teacher for asking him a question. It's a "trailer" -- fake movie trailers, always clever, never stale -- about the "impending fiscal crisis, the growing entitlements of pension, health benefits and debt services" that he plans to address.

Keep in mind that this video, "No Pain, No Gain," is literally a production of the Christie administration and not some eccentric billionaire dingbat's super PAC:

This particular YouTube is a copy. That's because Christie's staff took down the original video from the governor's YouTube account hours after it went up. It was taken down without explanation. Political experts might surmise, however, that it was taken down for being stupid.

Stupid videos or not, the governor once again feels free to be assertive, jokey, ambitious -- his old self. And his allies in the media are working hard to back him up on his claims that the George Washington Bridge scandal is old news, done, a thing of the past.

Nowhere is this more visible than on MSNBC's AM chit-chat program Morning Joe, which doubles as a Chris Christie '16 campaign war room. On Wednesday morning's edition, host Joe Scarborough and guest Nicolle Wallace determined that the Bridge scandal is not just over, but it has even enhanced Christie's chances of winning the Republican presidential nomination:

"Look, this guy is back in play and he's ahead in a lot of polls," Scarborough said. "Very fascinating." [...]

Wallace said that the allegations that Christie's staff exacted political retribution against its adversaries endeared the governor to conservative talk radio hosts, while Scarborough contended that the Times' coverage of the scandal "actually made [Christie] less suspicious on the planet in which Nicolle and I inhabit."

"Obviously, the longer it goes, obviously the better it looks for Chris Christie. He has Democrats, he's got certain newspapers that have been obsessing on this," Scarborough said later in the segment.

"Obviously, the longer it goes, obviously the better it looks for Chris Christie." Joe. Is that so true?

The reason Christie may be bouncing back in some polls right now is that coverage of the scandal is in a down interval. There was the eruption late last year and early this year; since then, both the New Jersey state legislature and the U.S. attorney's office have been investigating the incident. They're still investigating it. The state legislature is rolling back its witness list, sure -- but that's only because U.S. Attorney Paul Fishman has asked them to, since he wants those witnesses for himself. "Mr. Fishman's requests to hold off on key individuals could mean that his criminal investigation is progressing," the Wall Street Journal reported this week. "Prosecutors don't want witnesses to testify before the legislative committee until they come in to speak before investigators, according to a person familiar with the investigation."

There have been some not-especially-verifiable reports that Fishman was hoping to nab Christie himself in the investigation. Well, we'll see. Even if Fishman doesn't get Christie, but does indict some of Christie's ex-staffers and cronies, that's going leave a mark on Christie's political prospects.

Joe Scarborough can rave about how the scandal was always a nothingburger that's now over and has left Christie stronger than ever. But that wouldn't be true. Because there's still an investigation undergoing that might send people to prison. Only if Fishman closes his investigation and doesn't indict anyone and declares the whole thing a waste of time will the scandal probably be behind Christie.