The GOP's political misogyny is dangerous. But the party's cynical efforts to "change" are just tiresome 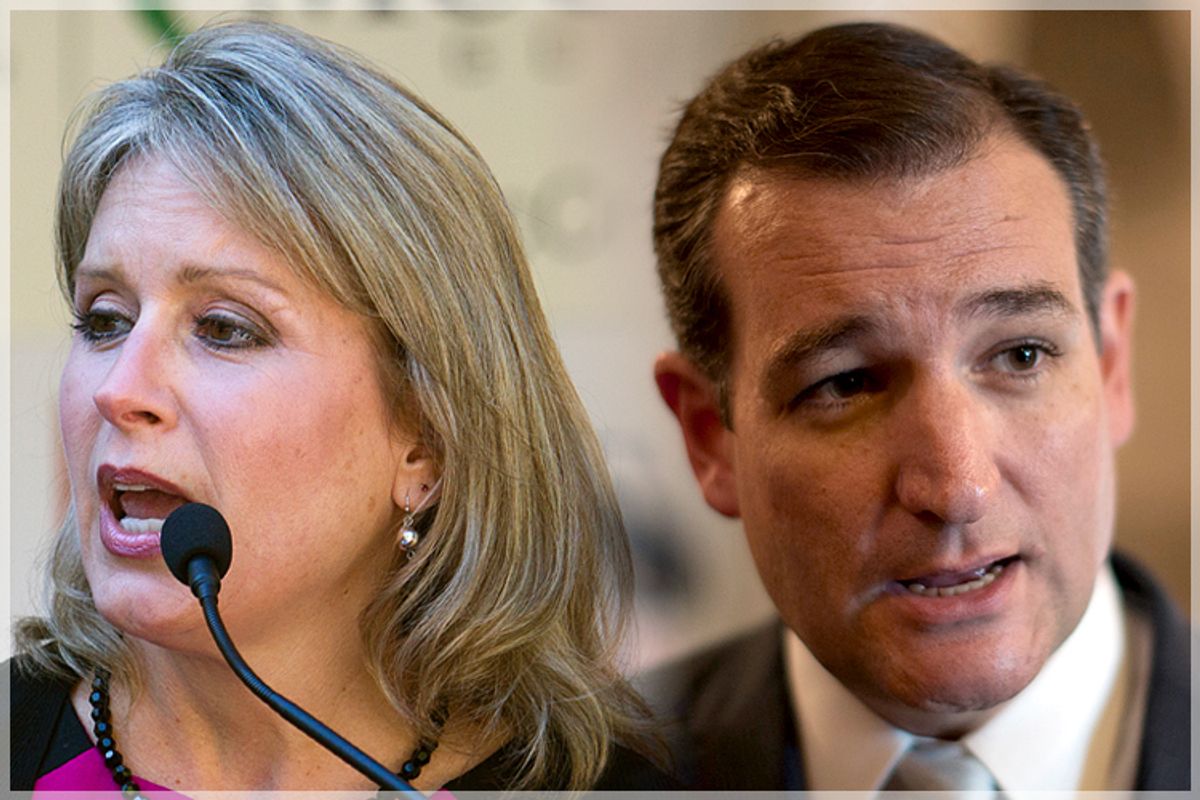 I've noticed that one of the ways Republicans tend to dismiss progressive policies they don't like is to say they are not really about the thing that they are actually about. Paul Ryan's contention that, “Lilly Ledbetter was not an equal pay law. It was about opening up the lawsuits and statute of limitations,” is kind of the gold standard of this tactic. But along the same lines, Ted Cruz said this week that a measure introduced by Democrats to neutralize the impact of the Supreme Court's sweeping Hobby Lobby decision wasn't about women's health at all. "I recognize that scaring women by suggesting we're coming after your birth control may be good politics," he explained. "But election-year politics should not trump religious liberty." Utah's Orrin Hatch was even more direct: "There's no reason to get into the contraception issue, because it's really not an issue here."

Pay no attention to the copper IUD behind the curtain, because this fight over corporate control of reproductive health decisions is really about religious liberty, scoring cynical political points, scaring voters, whatever. But with all of the money Republicans are currently spending on strategists to help them appeal to women, one has to wonder how accusing most of these same women of en masse delusional thinking is going to go over. And more than that, it's just kind of exhausting, frankly, to be consistently regarded as so easily misled or "scared," as Cruz would have it. Women aren't hallucinating that things are pretty bad right now. Things are just pretty bad right now.

This chronic underestimation of women's basic intelligence was also on full display this week when North Carolina's Renee Ellmers encouraged her male colleagues to bring policy discussions "down to a woman's level" and "make sure that we’re getting the point across that we care." Ellmers kicked up some dirt after her comments were reported by the Washington Examiner's Ashe Schow and accused the “liberal woman reporter” of taking her quote “completely out of context.” Schow then printed the full remarks, and things didn't look any better.

Here's Ellmers' quote about "a woman's level" in its full context:

We need our male colleagues to understand that if you can bring it down to a woman’s level and what everything that she is balancing in her life -- that’s the way to go.

And many of our male colleagues are starting something that I think is very important: Utilizing -- especially when we’re talking about the war on women – they are saying, you know ‘I have a wife, I have daughters, I have a mother, I have sisters -- if there’s a war on women, I’m losing it.’

Ellmers is still dead wrong about the "biggest" need women have (and the condescending assumption that women want to feel loved by their lawmakers), but her reductive thinking about women is reflective of her party's platform and general world view. It's not more time in the morning to get ready that women need to get by. In fact, it's impossible to reduce this "need" to one thing. It's health insurance and good doctors wherever they live. It's job security and a living wage. Benefits like paid time off and sick days. It's the ability to make reproductive health decisions, whether it's delaying pregnancy or being able to parent with safety and dignity. It's a criminal justice system that holds rapists accountable. It's laws that prevent bosses from paying us less than our male colleagues for the same work. It's a measure that prevents these same bosses from dictating how we can spend our wages.

If Ellmers wants to ensure that women have "more time in the morning," maybe she should get behind a living wage so that women aren't working two or three jobs just to stay above water. If Cruz doesn't want women to feel that that politicians are "coming after" their birth control, he should probably back the Democratic effort to keep people and corporations from coming after birth control.

These aren't just talking points. These are achievable policy goals that Republicans (sometimes with the collusion of Democrats) are actively blocking, and adding insult to that injury by pretending that women are hallucinating when they think equal pay laws are about equal pay or a Supreme Court decision about the Affordable Care Act's contraception requirement is about contraception.

I'd like these things to happen so that the country we live in stops being such an unjust place for millions of women, but it would also be nice to stop writing this same piece about the hypocrisy and cynicism of the Republican "pro-woman" rebrand every few weeks. That would be great, too.