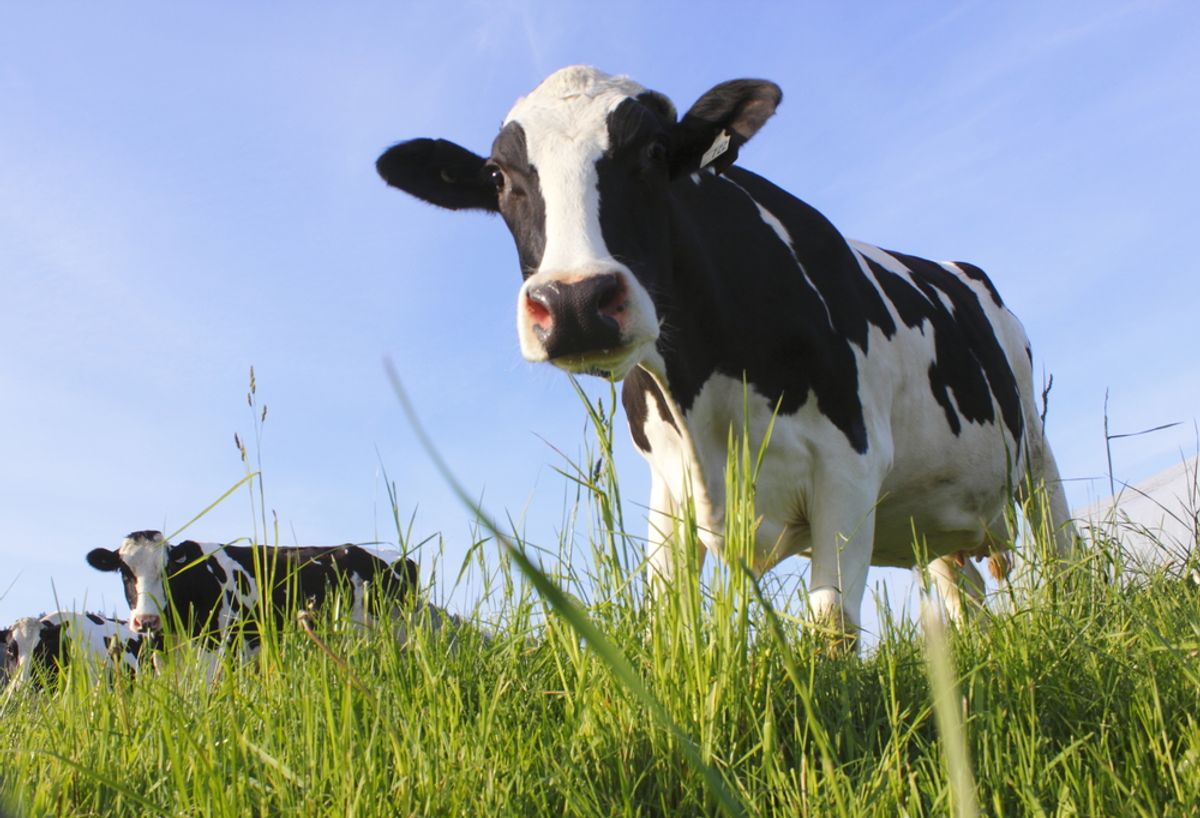 If you're not going to give up all of the meat, scientists say, you at the very least should consider cutting down on your beef consumption.

Researchers at Bard College, the Weizmann Institute of Science and Yale University calculated the environmental footprint of animal products in the U.S. food production system, from the resources needed to produce the feed that goes into their bodies to the emissions produced by the manure that comes out. Beef, they concluded, is worse for the planet than all of the other meats. Way worse. According to the study, which was published in the Proceedings of the National Academy of Sciences, the amount of greenhouse gases released by beef production is five times that of poultry, pork, eggs and dairy averaged together. It also requires 28 times more land, 11 times more water and six times more nitrogen fertilizer.

The researchers are framing their findings as an attainable way to green up our diets: while meat, in general, is much harder on the climate than grains and vegetables, convincing people to go vegan or vegetarian may be less doable than getting them to cut down on the worst offenders. And that would be the burgers. "Really, there's no question about it," Gidon Eshel, a research professor at the Bard Center for Environmental Policy and the study's lead author, told the Huffington Post. "Reduce beef whenever possible."

“The biggest intervention people could make towards reducing their carbon footprints would not be to abandon cars, but to eat significantly less red meat,” concurred Tim Benton, a scientist at the University of Leeds, in an interview with the Guardian. Benton referred to another study, out last week, that showed how beef is wasting calories that could be better allocated to people suffering from hunger. The researchers behind that one reached the same conclusion: Cutting down on steaks and burgers -- or eliminating them from our diets completely -- has the potential to make a significant impact.