The first lady's desire to have her daughters understand the life of a low-wage worker is bad, apparently (UPDATED) 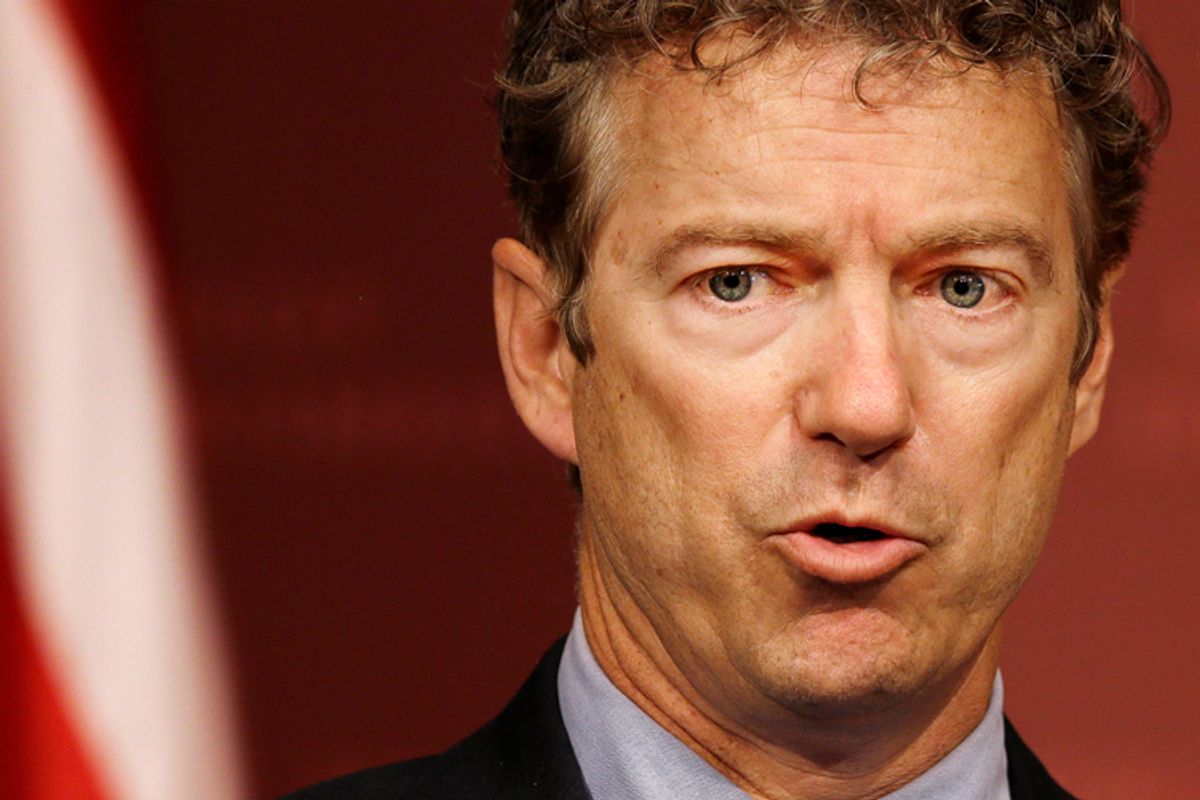 UPDATE: Brian Darling, Rand Paul's senior communications director, contests the characterization of Paul's remarks found in Politico, the Huffington Post and the post below. "It is not accurate to says that  Sen. Paul’s criticized the president and first lady for wanting their daughters to work minimum wage jobs," Darling said in an email. "Sen. Paul argued that kids should be celebrated for making their own money and not taught that minimum wage jobs are bad."

Speaking to a collection of Silicon Valley Republicans in San Francisco on Saturday, GOP Sen. Rand Paul took a swipe at President Obama and first lady Michelle Obama for encouraging their children to learn for themselves what it's like to try to live in America on a minimum wage.

Calling his approach "opposite" from the Obamas', Paul repeated a frequent conservative claim that the minimum wage is "temporary" and therefore should not be adjusted to support the modern cost of living.

"It’s a chance to get started. I see my son come home with his tips. And he’s got cash in his hand and he’s proud of himself. I don’t want him to stop there," Paul said. "But he’s working and he’s understanding the value of work. We shouldn’t disparage that."

The impetus for Paul's critique of the Obama's parenting was an interview the president and first lady did with Parade Magazine in June.

"I think every kid needs to get a taste of what it’s like to do that real hard work," Michelle Obama said at the time.

"We are looking for opportunities for them to feel as if going to work and getting a paycheck is not always fun, not always stimulating, not always fair," the president said. "But that’s what most folks go through every single day."

Not Rand Paul — and, evidently, not his son, either.