Crocodile purses, hunting trophies and other contraband: "If you can imagine it, it's probably here" 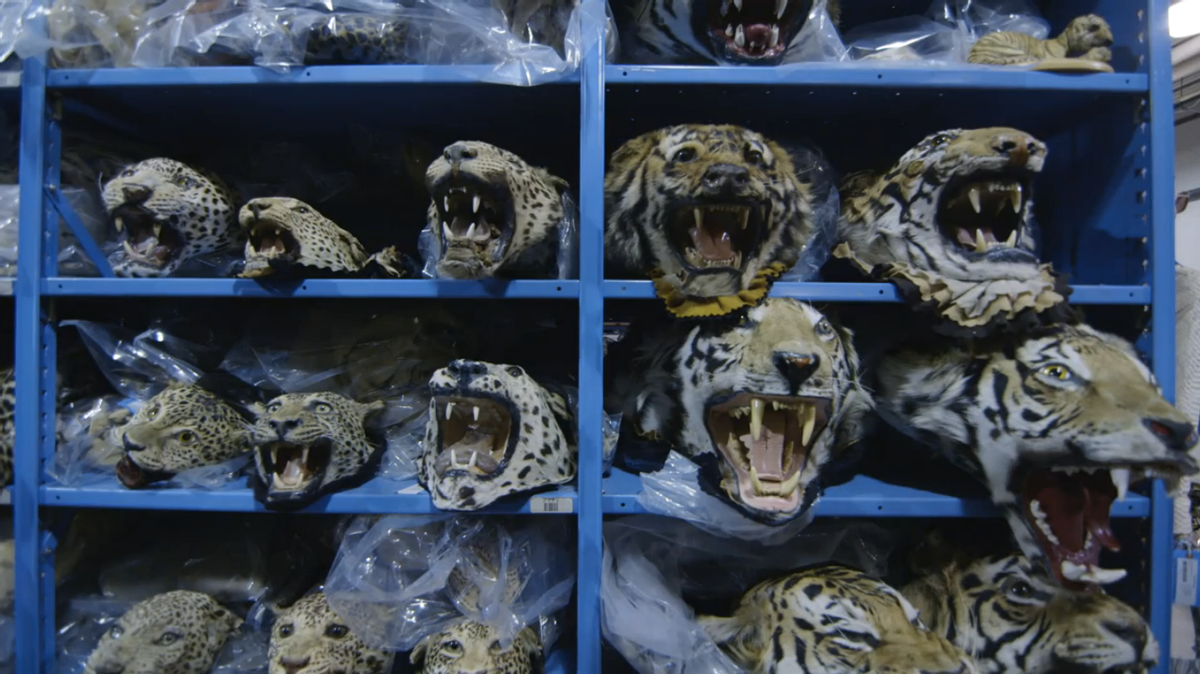 Shoes, clothing and tchotchkes made from the bones and skins of threatened and endangered animals, victims of illegal wildlife trafficking, often end up up at the National Wildlife Property Repository in Commerce City, Colorado. Some are eventually donated to educational facilities and non-profits, or to scientific institutions, but taken as whole, the contents of the 22,000-square-foot warehouse are testament only to the growing, $23 billion global trafficking industry.

"I don't think people realize the volume or the extent that wildlife and plants are used in trade," says specialist Doni Sprague. "If you can imagine it, it's probably here in some form or another."

Sprague took the Atlantic on a tour of the repository, which lives tragically up to her promise -- although some of the items she shares, like a mounted tiger fetus taken straight from its mother's body, likely defies the imaginations of most.

The mini-documentary is well worth checking out -- watch it below: