"Big Brother" finally does something right: The reality show handles a contestant's grief with shocking sensitivity

When Frankie Grande decided to stay on "Big Brother" after a family death, the show dealt with it perfectly 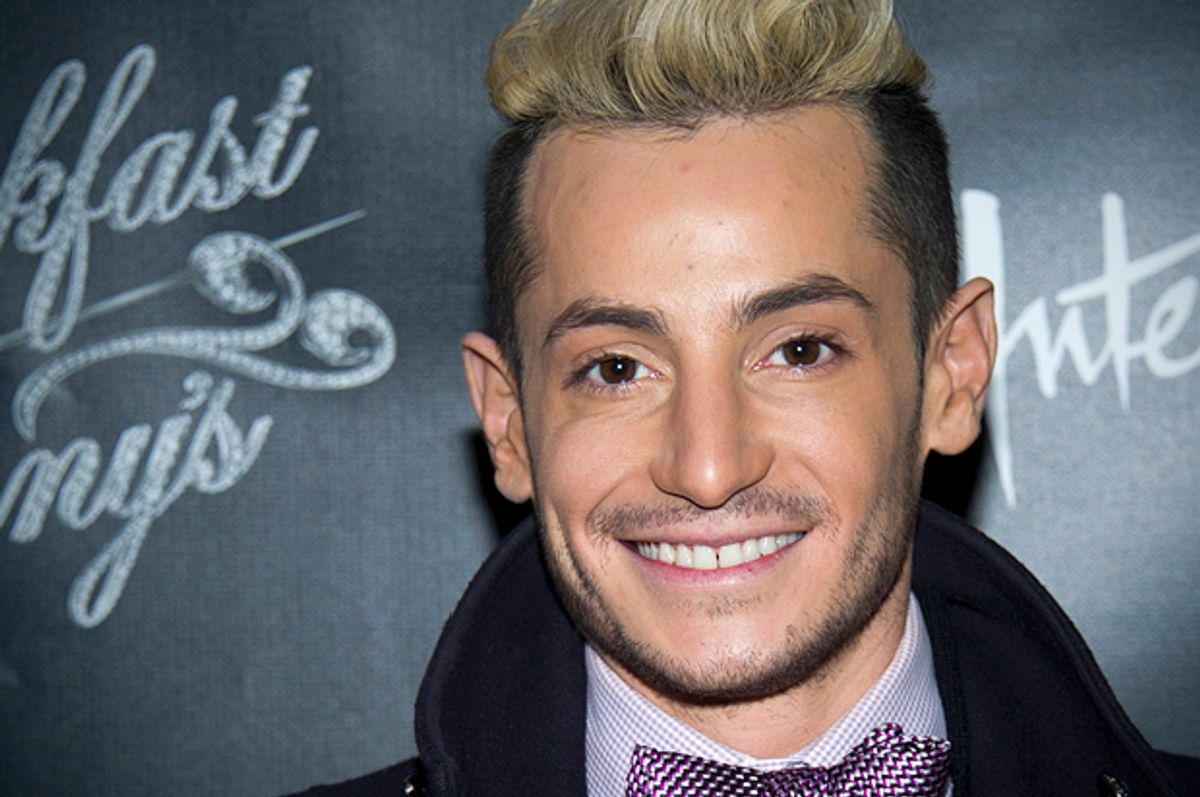 The reality series is the reality genre's most tenacious survivor, overcoming contestant-on-contestant violence and last season's shockingly racist and homophobic competitors in order to continue airing each summer. But the way "Big Brother" handled the death of a contestant's grandfather offered a model of how reality shows should respond when real life painfully intrudes.

Those circumstances were a bit challenging, naturally -- the whole idea of the game is that contestants are entirely sequestered from the outside world, and if they leave, they lose the game. An exception was made, here, to allow contestant Frankie Grande to get news of his grandfather's death via a letter from his family and to discuss the news with his housemates.

It was strange, uncomfortable TV: Grande declared that he definitely wasn't leaving the show, and his fellow competitors, who were generally out of the frame, would interject with familiar, vague comforting words as best they could even despite being his opponents. It felt more like a group therapy session than a tightly engineered dramatic scene. (Meanwhile Grande's sister, the pop star Ariana Grande, has continued a promotional tour around her forthcoming record, noting that she is only still working because "grandps told me he wanted me to always be professional & fulfill my business commitments.")

Reality TV has run up against this sort of thing before. "Big Brother" was filming on Sept. 11, 2001, and a contestant had a cousin missing at the site of the World Trade Center, but declined offers to leave the show or to speak to her family while still competing; "She's a stoic person, and deals with things in her own way," said a producer at the time.

By contrast, during the 2004 "All-Stars" season of "Survivor," past winner Jenna Morasca quit early on because she said she could no longer handle the stress of competing in a game while her mother had late-stage cancer. (A fellow contestant criticized her for leaving, saying he told his family "If you all get killed in a car wreck, don't call me -- I'll be there when it's over.") The season before that, a contestant tried to garner sympathy by enlisting a visiting friend to pretend his (alive) grandmother had died. It was treated at the time by the show as a masterful and intriguing twist -- and did indeed help the contestant, Jon Dalton, make it almost to the end -- but was in poor taste (for a number of reasons, but also) because the conceit of shows like these are that life at home carries on peacefully without those in sequester. The intrusion of real-world "concerns" made it difficult to stomach caring about the castaways' stage-managed struggle to "survive."

"Big Brother" is an even more venal show than "Survivor." With no real physical competition involved, the show documents people trying to stave off boredom in a house. There's far less mythos around the show. Which is why there was less mishegoss around what Frankie Grande "should" do or the commitment he made to the show -- it was taken as a given that he deserved time to metabolize the loss outside the context of whether it'd get him further in the game.

Grande was offered the chance to spend the day by himself but instead chose to talk to his housemates about the loss. Sure, the reality TV genre was intended in part as a "social experiment" to show how real people behave in extreme circumstances. But it's rare for reality TV to depict grief in a way that doesn't feel either artificially enhanced -- which is to say, played up as a dramatic plot point -- or totally sidelined by producers who don't know what to do with it. But in Grande's case, the show allowed him to work through his feelings in a refreshingly boring, organic scene.