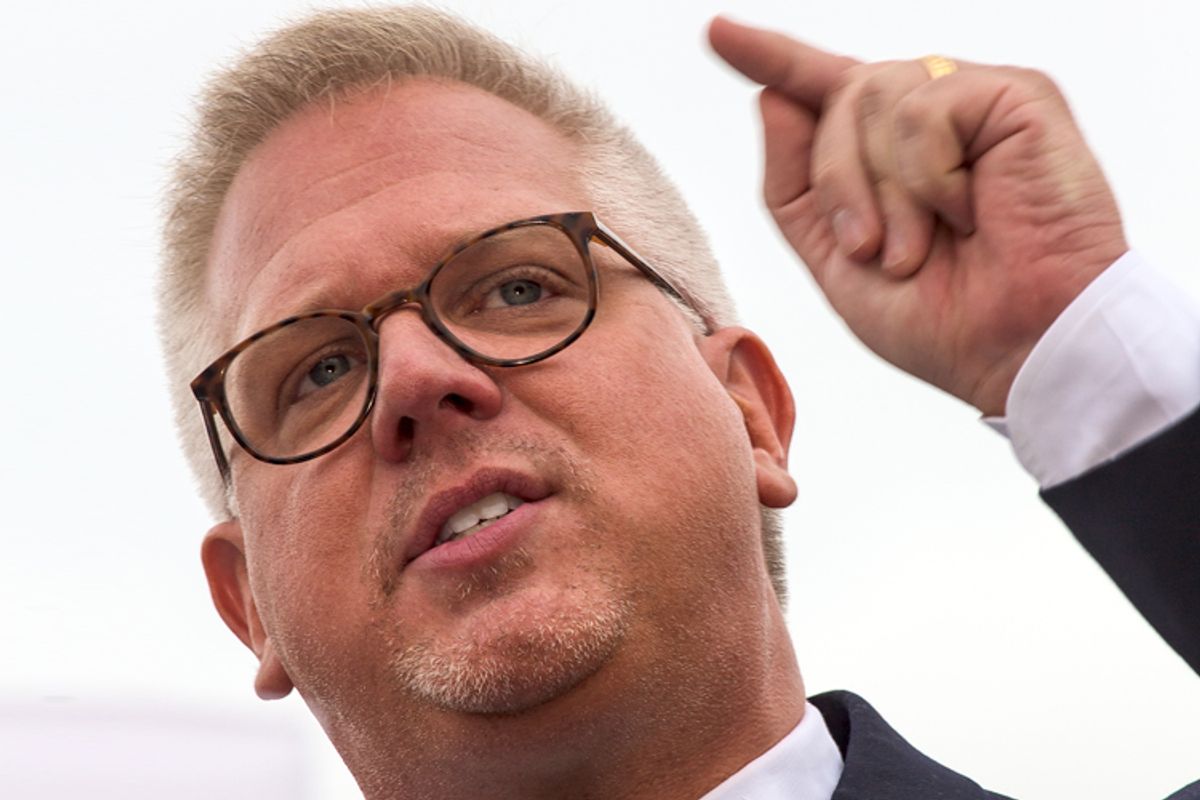 Being present during 2013's horrific terrorist attack on the Boston Marathon — could anything be worse?

How about being present during 2013's horrific terrorist attack on the Boston Marathon and then having Glenn Beck, despite being told otherwise by the government, insist before his audience of millions that you are secretly a terrorist and are to blame for the tragedy?

That's the situation young Abdulrahman Alharbi found himself in, and it's the reason why he's suing Beck, who at one point threatened to "expose" Alharbi and called him the "money man" for the conspiracy, for defamation.

Rather than apologize and settle out of court, however, Beck and his lawyers have decided to go on the offensive, arguing that Alharbi is trying to stifle the former Fox News host's First Amendment rights.

But for that to work, Beck has to persuade a judge that Alharbi is a "public figure" and therefore cannot sue unless he proves Beck showed "actual malice" while blaming Alharbi for multiple murders.

So how does Beck try to square that circle? By saying Alharbi was an "involuntary" public figure, largely because he "behav[ed] suspiciously at the Marathon finishing line when the bombs detonated, thereby causing his detention and a background check by law enforcement."

And according to Beck's legal team, that's not all Alharbi did to bring this on himself. He also "embarked on a course of conduct that was reasonably likely to result in public attention and comment on his background, activities, and immigration status." For example: He gave interviews in an attempt to clear his name.

Alharbi’s lawyers, led by Peter J. Haley, were incredulous at Beck’s argument. “An individual does not become a public figure due to the fact that he is investigated in connection with a crime, and then states publicly that he was not involved in the crime for which he was investigated.” To the extent Alharbi became known to the public, it was because of Beck’s “defamatory reporting.” They accused Beck of “bootstrapping,” creating his own defense by making a public figure out of Alharbi.

In any case, the student denies he behaved suspiciously — though it’s unclear what would qualify as such a designation. “I [was] really scared because I heard the first bomb, then the second bomb hurt me, then, I was really scared because there might be another one,” he told Islamic Monthly. “Then, I just was walking and the people were crying, ‘What happened, what happened?’ … No one arrested me, no one tackled me, no.”

He explained to the publication that some emergency personnel looked at him strangely because of “the color of my skin” and “because of the name of my country.”