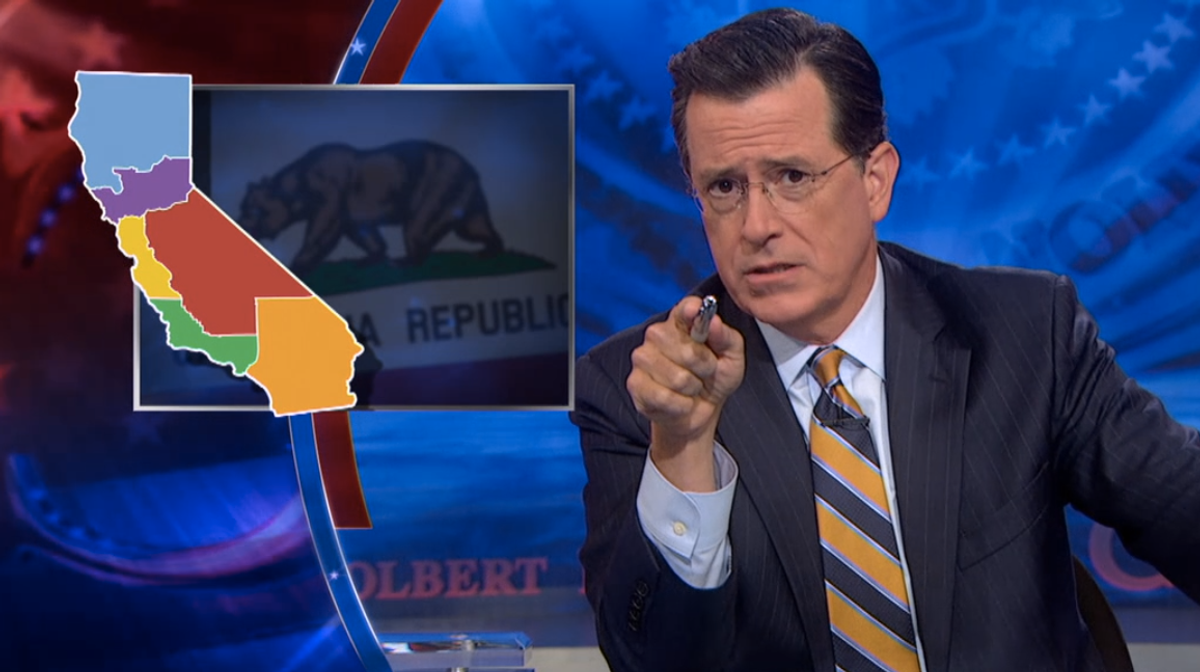 Last night on "The Colbert Report," host Stephen Colbert investigated the proposed plan to break California into six states. The eccentric plan, known as "Six Californias," was proposed by billionaire venture capitalist Tim Draper, and the campaign says it has enough signatures to appear on the 2016 ballot.

"There's a great new plan to make California whole again -- by breaking it apart," Stephen Colbert says. He explains that he's been waiting for the San Andreas fault to do it anyway.

Draper's plan may be a pipe dream, a Los Angeles Times Op-Ed points out. Even if it passes on the 2016 ballot, the plan still needs congressional approval, which it is unlikely to receive.

And just in case you were confused, Tim Draper, the billionaire architect of this idea further clears things up: