"I was probably laid off by a computer": Ex-Microsoft employee sounds off

Jerry Berg worked at the company for 15 years. His biggest fear now is providing health insurance for his son 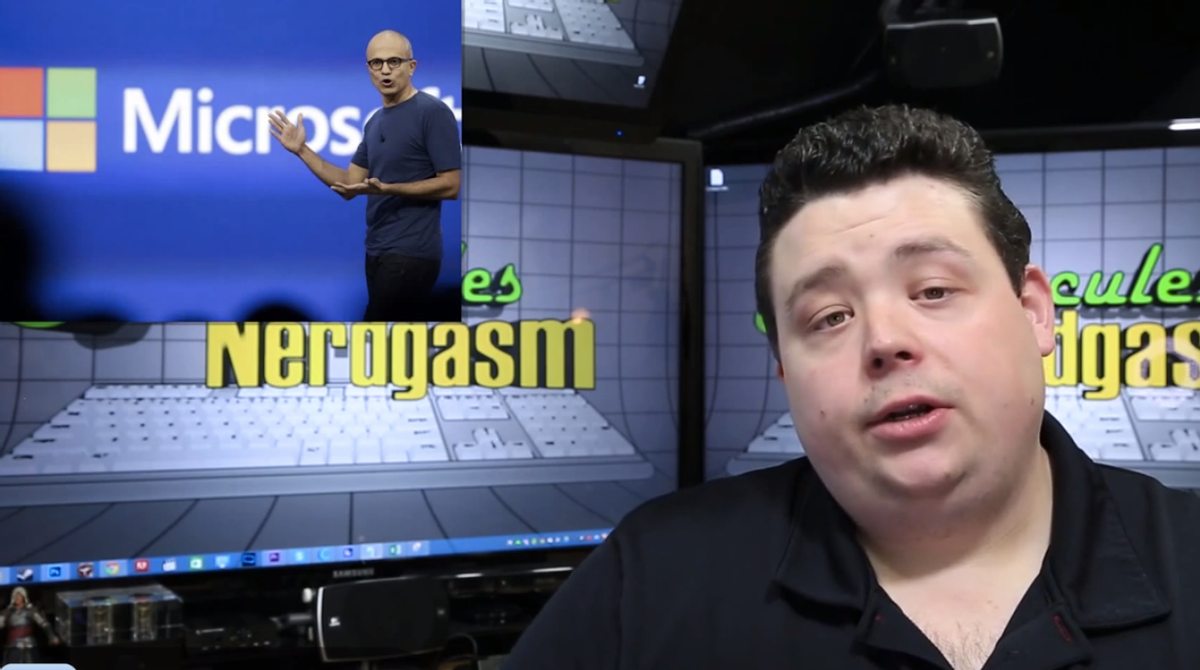 At the end of last week, Microsoft laid off 18,000 employees -- some were laid off in a terribly insensitive memo written by Microsoft executive Stephen Elop.

One of those fired employees was Jerry Berg, who worked at the company for 15 years as a software developer. Berg or "Barnacules" is also the creator of a popular YouTube channel, "Nergasm." On Sunday, he took to YouTube to explain the devastating layoff and what losing Microsoft's very comprehensive insurance plan means to his autistic son.

In the 20-minute video, Berg details the way he and his peers were fired, and explains that he is "scared" for the direction of the company. In the YouTube description, Berg writes:

"When I say 'I don't agree with the direction Microsoft is going' I'm only speaking from public knowledge of 18,000 people being laid off. I have no knowledge of the companies internal strategic direction nor would I share it if I did so please do not ask."

Berg also stated that the layoffs did not appear to be based on performance or worth to the company, and he jokingly speculates that an algorithm may have had a role.

"Somehow, some algorithm put me on a list, and that was the end of it," Berg explained. "I'd like to think that I was probably laid off by a computer. A computer put me on a list for whatever reason and sent me packing."

Berg's biggest concern about the layoff, however, is healthcare. Microsoft, he acknowledges, has a comprehensive insurance policy, one that could cover the needs of his 4-year-old son. His son has PDDNOS, which is on the autism spectrum. His son was born 11 weeks early and was only 2 pounds. Though his son his healthy now, he still requires expensive therapy. Berg's biggest concern is insurance that can cover the needs of his young son. (Underscoring the importance of healthcare, and comprehensive insurance.)

The severance package provided by Microsoft, Berg explained, will "take care of us for a period of time to allow us to transition." Until then, he'll be searching for a new job and pursue his own projects: "Nerdgasm," game development, app development and more. Watch the video below: