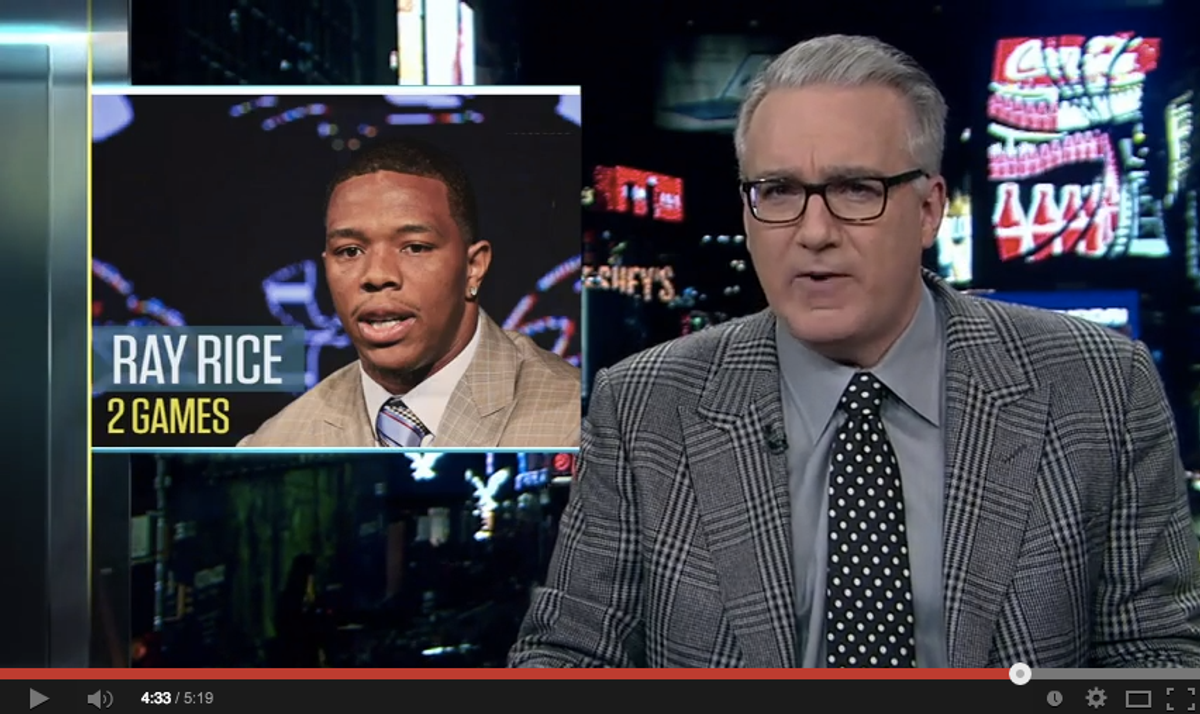 Keith Olbermann weighed in Thursday night on the NFL's decision to bench Ray Rice for just two games after he was charged with felony aggravated assault for allegedly striking his wife unconscious. (Like I said yesterday: Driving without a license will put you out for three games. Smoking pot will put you out for four games.)

After running through a list of the everyday misogyny that characterizes the language and treatment of women who play, comment on or watch sports at the hands of male coaches, commentators, fans and players, Olbermann moved to commissioner Roger Goodell's handling of Rice and the message it sends.

"And another generation of athletes and fans begins to view the women in sports as just a little less human," he said.