Though it might seem counterintuitive, city governments have much to gain by letting riders off the hook 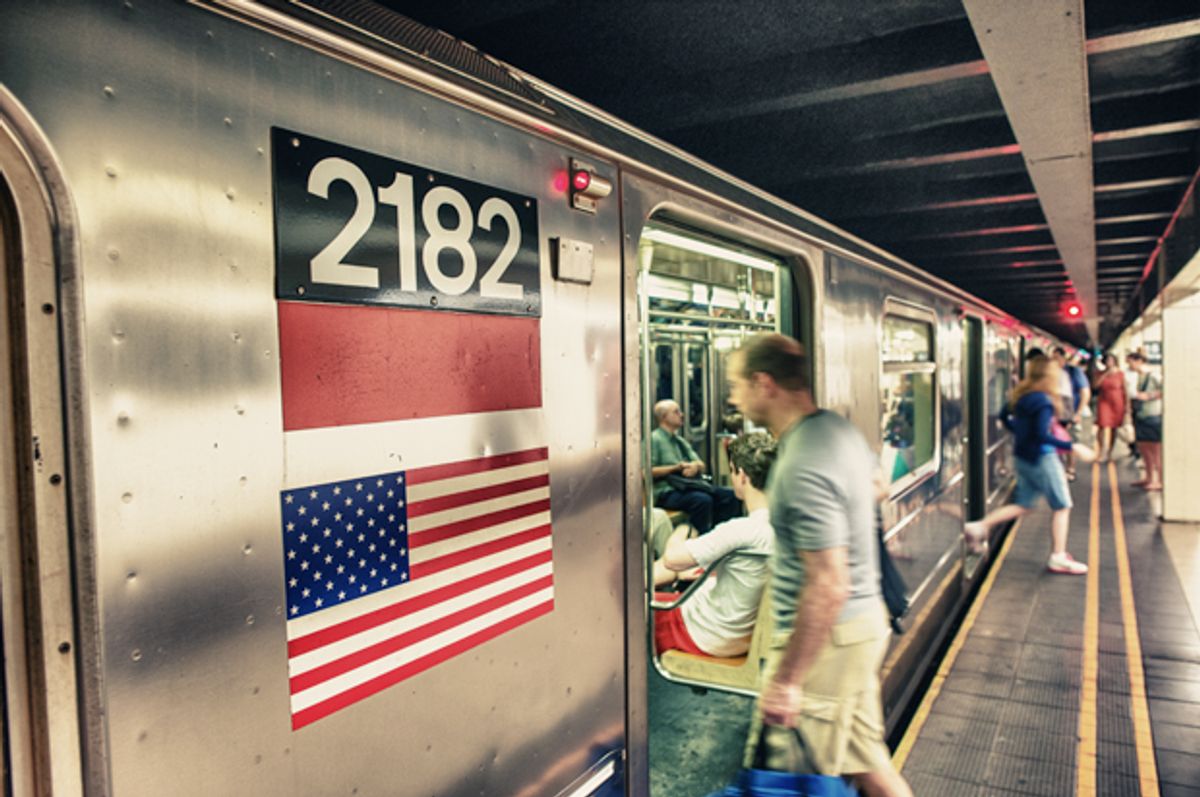 In March, when a cloud of particle pollution settled across Western Europe, Paris took a radical approach. The Ile-de-France region introduced alternate driving days (odd-number plates one day; evens the next) and eliminated fares on local trams, buses, trains and subways.

Traffic dropped by nearly 20 percent in Paris; congestion on the Périphérique ring road fell by 30 percent at rush hour; large-particle pollution fell by 6 percent. Measured by the impact on the roadways, the emergency measures worked as intended.

And on the rails? Unfortunately, the open-gate policy meant that the transportation authority didn’t count how many travelers boarded trains, subways, buses and trams during the fare-free days. The city performed a huge experiment in transportation policy, and nobody bothered to watch.

It doesn’t matter much in context. We can't expect the traffic-choked French capital to make a habit of such initiatives. Alternate driving days are an intolerable hassle for car-dependent commuters; lost fares and the provision of supplementary service to the tune of 600,000 seats on the Métro, the tramway and suburban rail system cost the region nearly $3.5 million per day. Fares cover nearly half the operating costs of the RATP, the state-owned transit operator, so eliminating them would put a tremendous hole in the annual budget.

And yet, Paris would have been a valuable case study. The consequences of eliminating transit fares remain surprisingly obscure. Can a fare-free policy transform a regional transportation picture? Can it pay for itself? Or is it merely a publicity gimmick that inflicts needless financial woes on local transit agencies?

Many people reject the idea out of hand, saying free rides are a problem, not a solution. But “free” transit, of course, is only as free as public libraries, parks and highways, which is to say that the financial burden is merely transferred from individual riders to a municipal general fund, a sales tax or local businesses and property owners. A free ride policy represents the culmination of a long shift from thinking of transit as a business sector — one that was quite profitable in its heyday — to considering it an indispensable public service.

Today, nearly all public transport systems are heavily subsidized, and make only a fraction back from riders. Most mid-size American cities don’t clear a 30 percent “farebox recovery ratio”; several U.S. transit agencies recoup less than 5 percent of operating costs through ticket sales. At that point, a transit agency might well spend more money selling tickets (machines, printing, secure money boxes, employees) than it earns. The dozens of small American towns that have free transit service usually aren’t forfeiting much revenue by doing so.

For bigger cities, the principal motivation for scrapping fares is not to save money but to increase ridership, and harvest the associated positive externalities: less traffic and pollution, more parking and mobility. In the handful of American cities where such programs have been tried on a short-term basis, the ridership surges have been huge. When Topeka made transit free for May of 1988, ridership rose 98 percent. When Austin made transit free for the fall of 1990, ridership increased by 75 percent. A similar experiment in Asheville, in 2006, recorded a passenger surge of 60 percent.

But where do the benefits of free ridership accrue, if not to riders themselves? To drivers, who enjoy less congested roads and free parking spaces? To local businesses, who reap the benefits of increased mobility and local spending power? To everyone, in the form of clean air? It’s not an abstract question when the bill comes due, and answering it has proven a formidable obstacle to cities, like San Francisco and Portland, that have studied the possibility of making transit free.

Across the pond, where state support for transit is more forthcoming, the experiments have been more ambitious. The French town of Châteauroux (pop. 49,000) eliminated transit fares in 2001 — and ridership increased more than 200 percent during the following decade. In the five years after the Belgian city of Hasselt (pop. 70,000) made buses free in 1997, ridership increased by 1,200 percent! This allowed the city to convert a nearby ring road into a pedestrian corridor (saving the cost of renovating the obsolete roadway), and restrict parking in town to elderly and disabled residents. Last year, Hasselt’s project became a victim of its own success. As annual ridership continued to grow, the cost of free service became intolerably high. The city now charges a small fare of 60 euro cents. But ridership remains high.

The biggest free transit experiment in the world is in Tallinn, Estonia, which eliminated bus fares for residents in 2013. Results have been mixed. On the one hand, taking a free ride in Tallinn requires residency, and that, as Sulev Vedler reported on Cityscope, has encouraged people to officially become Tallinners:

More than 10,000 people registered as Tallinn residents in 2013, nearly three times more than registered in 2012. They contribute new annual revenues of about €10 million — almost as much as the lost farebox revenue of €12 million. 'If all the registrants were taxpayers,' says Deputy Mayor Aas, 'then the project costs of free transportation would be covered.’

On the other hand, Swedish researchers determined that ridership increased by only 1 percent as a result of the policy. This is a curious development. Free transit initiatives have been universally popular, almost to a fault. (Complaints about crowded buses often dog trial periods.) Why not in Tallinn?

One possible answer is that commuters in large cities are less sensitive to fare changes; in the language of economics, they exhibit low fare elasticity. There are two reasons for this. First, big cities have a large number of wealthy straphangers who don’t care how much a ticket costs. Second, most cities also have a large number of transit-dependent residents – citizens, likely poor, who can’t walk to work or hop in the car when the fare goes up.

That decreases the transformative potential of a free transit system, but it doesn’t mean cities can’t deploy free rides as an effective tool. On the contrary, evidence has shown that by tailoring fare holidays to particular times or places, cities can influence the way that citizens travel. San Francisco, for example, opens up the Muni network every New Year’s Eve to discourage drinking and driving.

More interesting is Singapore’s pre-peak program, which demonstrates how responsive commuters can be to “free.” In June of last year, in an effort to relieve crowding during the morning rush, Singapore eliminated fares for riders who got off the train in the city center before 7:45 a.m. (Anyone exiting between 7:45 and 8 a.m. got a reduced fare.)

The ratio of peak to off-peak riders, as Eric Jaffe reports in Citylab, fell from nearly 3:1 to closer to 2:1. Seven percent of riders abandoned their peak commute in favor of a free ride. Those who didn’t opt for a free early morning ride got something nearly as good: a little breathing room on the train.

Just as “free” can target a particular time, like New Year’s or rush hour, it can target a particular place. The Chinese city of Chengdu, confronted with a massive construction project sure to snarl traffic in certain neighborhoods, enacted license plate restrictions and made 44 nearby bus lines free starting in October 2012. Monthly bus ridership doubled, from 5,000,000 trips to more than 10,000,000.

Properly attuned for place or time, it seems, a free ride is a tempting offer.