The famed atheist doesn't think Israel should exist as a Jewish state, but explains why he sides with them now 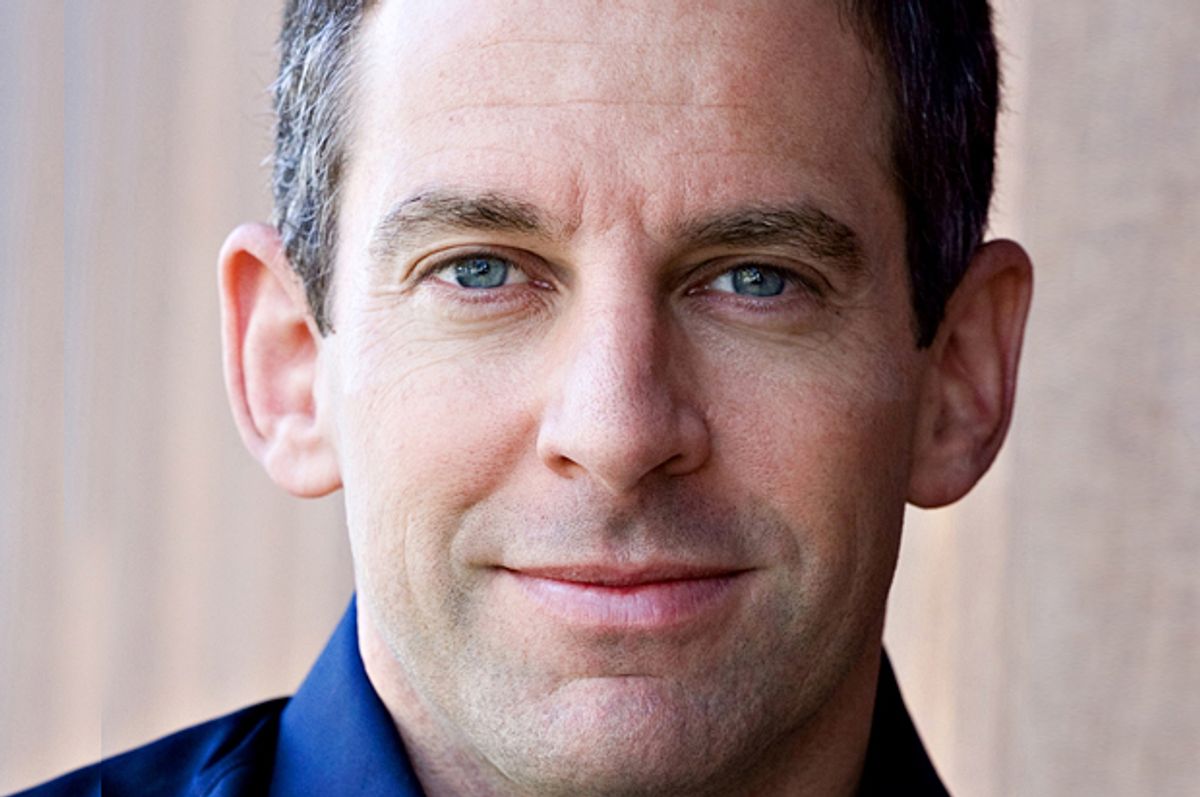 The famed atheist and critic Sam Harris -- author of "Free Will" and "The Moral Landscape," among other books -- has taken to his blog with a long and interesting commentary on the Israel and Palestine conflict. It's based on a podcast, and has been annotated to expound and further explain controversial points.

Harris writes that he is often asked some variation on the question why he doesn't criticize Israel, or why he seems to take the pro-Israeli side in debates over the Middle East. He argues that he has criticized Israel, but also that he has paradoxical and complicated feelings on the topic. He begins:

I don’t think Israel should exist as a Jewish state. I think it is obscene, irrational and unjustifiable to have a state organized around a religion. So I don’t celebrate the idea that there’s a Jewish homeland in the Middle East. I certainly don’t support any Jewish claims to real estate based on the Bible.

But while arguing that he doesn't find the idea of a religious state to be tenable, Harris adds:

Needless to say, in defending its territory as a Jewish state, the Israeli government and Israelis themselves have had to do terrible things. They have, as they are now, fought wars against the Palestinians that have caused massive losses of innocent life. More civilians have been killed in Gaza in the last few weeks than militants. That’s not a surprise because Gaza is one of the most densely populated places on Earth. Occupying it, fighting wars in it, is guaranteed to get woman and children and other noncombatants killed. And there’s probably little question over the course of fighting multiple wars that the Israelis have done things that amount to war crimes. They have been brutalized by this process—that is, made brutal by it. But that is largely the due to the character of their enemies. [Note: I was not giving Israel a pass to commit war crimes. I was making a point about the realities of living under the continuous threat of terrorism and of fighting multiple wars in a confined space.]

Whatever terrible things the Israelis have done, it is also true to say that they have used more restraint in their fighting against the Palestinians than we—the Americans, or Western Europeans—have used in any of our wars. They have endured more worldwide public scrutiny than any other society has ever had to while defending itself against aggressors. The Israelis simply are held to a different standard. And the condemnation leveled at them by the rest of the world is completely out of proportion to what they have actually done. [Note: I was not saying that because they are more careful than we have been at our most careless, the Israelis are above criticism. War crimes are war crimes.]

The current conflict, he notes, has led to terrible images that have hurt Israel's standing worldwide:

But there is no way to look at the images coming out Gaza—especially of infants and toddlers riddled by shrapnel—and think that this is anything other than a monstrous evil. Insofar as the Israelis are the agents of this evil, it seems impossible to support them. And there is no question that the Palestinians have suffered terribly for decades under the occupation. This is where most critics of Israel appear to be stuck. They see these images, and they blame Israel for killing and maiming babies. They see the occupation, and they blame Israel for making Gaza a prison camp. I would argue that this is a kind of moral illusion, borne of a failure to look at the actual causes of this conflict, as well as of a failure to understand the intentions of the people on either side of it.[Note: I was not saying that the horror of slain children is a moral illusion; nor was I minimizing the suffering of the Palestinians under the occupation. I was claiming that Israel is not primarily to blame for all this suffering.]

But then he argues there's still a difference between the two sides, or as he puts it, "an obvious, undeniable, and hugely consequential moral difference between Israel and her enemies. The Israelis are surrounded by people who have explicitly genocidal intentions towards them."

And this gets to the heart of the moral difference between Israel and her enemies. And this is something I discussed in The End of Faith. To see this moral difference, you have to ask what each side would do if they had the power to do it.

What would the Jews do to the Palestinians if they could do anything they wanted? Well, we know the answer to that question, because they can do more or less anything they want. The Israeli army could kill everyone in Gaza tomorrow. So what does that mean? Well, it means that, when they drop a bomb on a beach and kill four Palestinian children, as happened last week, this is almost certainly an accident. They’re not targeting children. They could target as many children as they want. Every time a Palestinian child dies, Israel edges ever closer to becoming an international pariah. So the Israelis take great pains not to kill children and other noncombatants.  [Note: The word “so” in the previous sentence was regrettable and misleading. I didn’t mean to suggest that safeguarding its reputation abroad would be the only (or even primary) reason for Israel to avoid killing children. However, the point stands: Even if you want to attribute the basest motives to Israel, it is clearly in her self-interest not to kill Palestinian children.]

This incompatible religious attachments to this land has made it impossible for Muslims and Jews to negotiate like rational human beings, and it has made it impossible for them to live in peace. But the onus is still more on the side of the Muslims here. Even on their worst day, the Israelis act with greater care and compassion and self-criticism than Muslim combatants have anywhere, ever.

What do groups like ISIS and al-Qaeda and even Hamas want? They want to impose their religious views on the rest of humanity. They want stifle every freedom that decent, educated, secular people care about. This is not a trivial difference. And yet judging from the level of condemnation that Israel now receives, you would think the difference ran the other way.

This kind of confusion puts all of us in danger. This is the great story of our time. For the rest of our lives, and the lives of our children, we are going to be confronted by people who don’t want to live peacefully in a secular, pluralistic world, because they are desperate to get to Paradise, and they are willing to destroy the very possibility of human happiness along the way. The truth is, we are all living in Israel. It’s just that some of us haven’t realized it yet.

You can read the whole piece, or listen to the podcast, on his blog.