Thanks to sea level rise, floods are a lot more annoying than they used to be

A major increase in "nuisance flooding" is being felt on all three U.S. coasts, a NOAA study finds 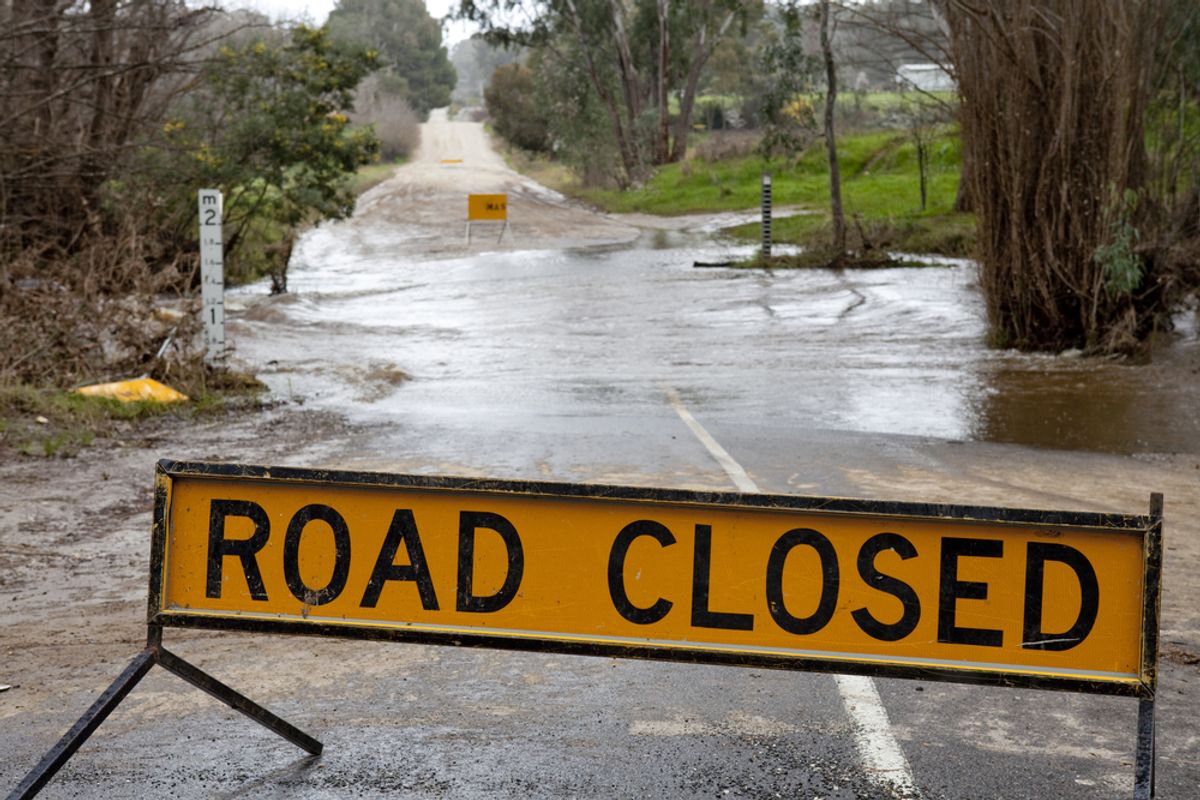 Rising sea levels have yet to cause a U.S. disaster on the level of, say, drowning the Statue of Liberty, but their impact is already affecting our daily lives, a new NOAA study finds.

The study, published Monday, documents a marked increase is what's known as "nuisance flooding" on U.S. coasts: floods that close roads, overwhelm storm drains, damage infrastructure or otherwise cause public inconveniences. "These events are becoming more noticeable and widespread along many U.S. coastal regions," the authors write, "and are today becoming more of a nuisance." Since the 1960s, according to the report, such flooding has increased on all three coasts, by anywhere from 300 to 925 percent.

The study examined how often 45 tide gauges along the country’s shore exceeded National Weather Service flood thresholds across several decades. The researchers found that the frequency of flooding increased at 41 locations. Moreover, they found that the rate of increase was accelerating at 28 of those locations. The highest rates of increase were concentrated along the mid-Atlantic coast.

“We stress that in many areas, the frequency of nuisance flooding is already on an accelerating trajectory, and many other locations will soon follow” if trends in rising sea levels continue, the scientists wrote.

...In the 1950s, nuisance flooding occurred once every one to five years, the study found. By 2012, the frequency had increased to about once every three months at most NOAA gauges.

The problem is at its most disruptive on the East Coast, where eight of the top ten affected cities identified by the report are located: “As relative sea level increases, it no longer takes a strong storm or a hurricane to cause flooding,” said NOAA oceanographer William Sweet, Ph.D. the report's lead author, in a statement. “Flooding now occurs with high tides in many locations due to climate-related sea level rise, land subsidence and the loss of natural barriers."

It's past time, in other words, that coastal cities get serious about boosting their flood resiliency efforts. If the rate of sea level rise continues to accelerate as a consequence of global warming, as predicted, nuisance flooding are set to become even more annoying -- and more frequent, the study concludes. "The effects of rising sea levels along most of the continental U.S. coastline are only going to become more noticeable and much more severe in the coming decades," Sweet added, "probably more so than any other climate-change related factor.”