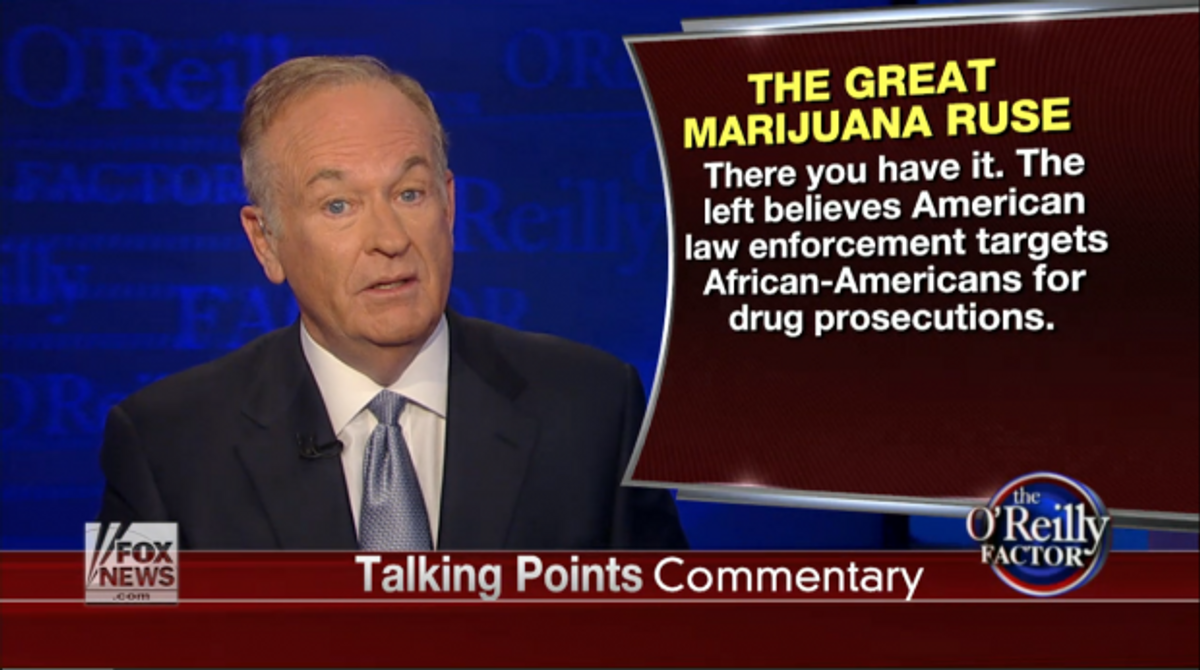 No doubt realizing that it'd been as much as 96 hours since he said something so transparently and comically bigoted that it'd make Archie Bunker blush, Fox News teleprompter reader Bill O'Reilly decided to imply during his show on Monday that the only reason the war on drugs has led to disproportionate arrests of non-whites is because "part of the culture" in "certain ghetto neighborhoods" is to get kids smoking pot from an early age.

After calling New York Times editorial page editor Andrew Rosenthal a rigid ideologue (the Times recently endorsed marijuana legalization, provoking O'Reilly's ire) O'Reilly argued that marijuana is not harmless and that people who want to legalize it only feel that way because they think prohibition is enforced in a racist manner.

"It's blacks," O'Reilly sneered, attempting to explain the mind-set of his foes. "You're trapping the blacks."

Nonsense, said the one-time guest at Sylvia's. The real reason, he explained, wasn't racism but rather the destructive culture of black Americans themselves. "In certain ghetto neighborhoods, it's part of the culture — 9-year-old boys and girls are smoking [pot]," O'Reilly said. "And [the left] doesn't like that, they don't want those kids to be targeted by the cops."

You can watch O'Reilly argue that the left is wrong for not wanting cops to target children below, via Media Matters: