The right's absurd victory lap: Why ditching "pro-choice" isn't a win for conservatives

If there is indeed a "pro-choice" reckoning happening right now, a "pro-life" upheaval might not be far behind 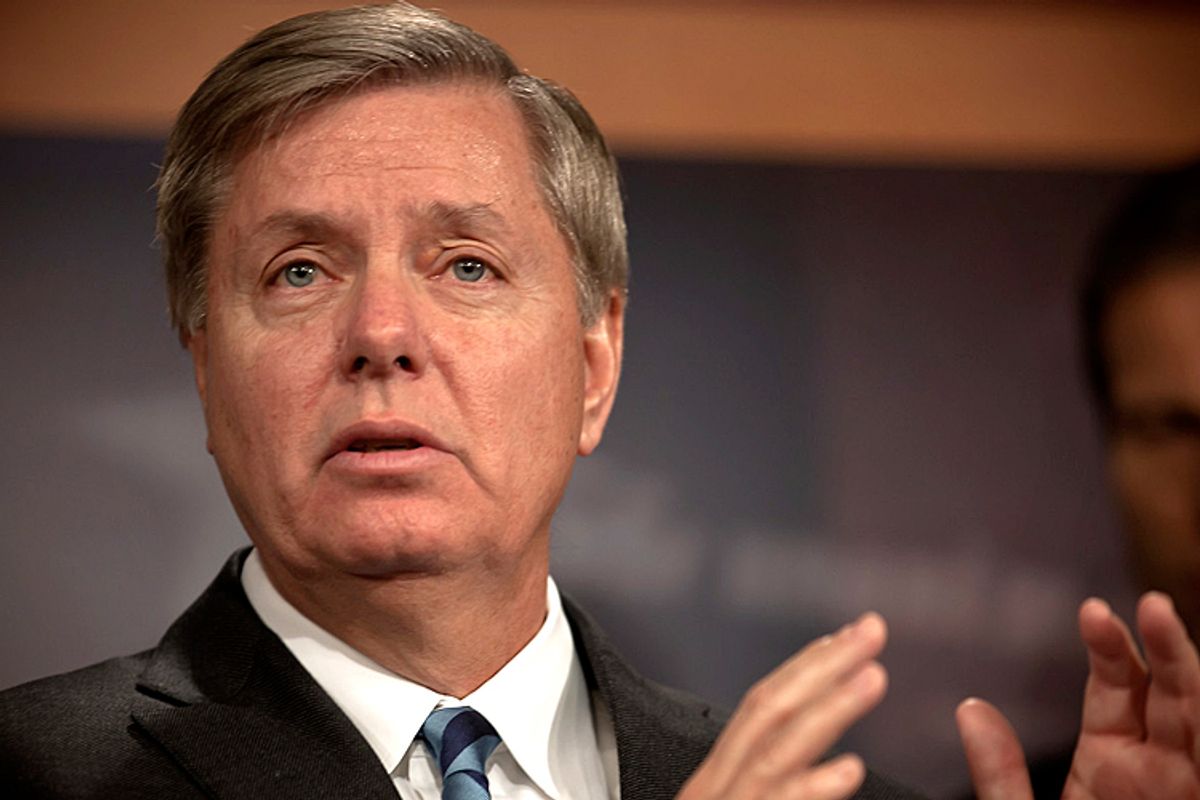 The New York Times has a piece out today on the apparent shunning of the "pro-choice" label among reproductive justice advocates in an effort to better connect with young women voters. As the Times points out, Planned Parenthood has been quietly moving away from the "pro-choice" label for a while now, at least in its official branding and outreach efforts. The organization released a video earlier this year explaining why it was shifting strategies:

Most things in life aren’t simple. And that includes abortion," according to the clip. "It’s personal. It can be complicated. And for many people, it’s not a black and white issue. So why do people try to label it like it is? Pro-choice? Pro-life? The truth is these labels limit the conversation and simply don’t reflect how people actually feel about abortion.

A majority of Americans believe abortion should remain safe and legal. Many just don’t use the words pro-choice. They don’t necessarily identify as pro-life either. Truth is, they just don’t want to be labeled. What they want is for a woman to have access to safe and legal abortion, if and when she needs it.

Fair points, all. People in the United States have lots of heavy feels about reproductive healthcare, particularly when it comes to abortion care. On one hand, support is at an all-time high. A 2013 poll found that for the first time ever, a majority of Americans say they support safe, legal abortion care, with 54 percent reporting that they believe abortion should be legal in all or most cases. An even stronger majority, 70 percent, said they want Roe v. Wade to stay put.

Further complicating how people self-identify their position on abortion rights is a profound lack of real, credible and accessible information about abortion. Most states don't require that students receive medically accurate sex education. Mix in the "shmashmortion" approach to discussing abortion in pop culture (slowly changing) and the willingness that some in the media have to parrot antiabortion talking points as medical fact, and it's easy enough to understand why people are so confused about what abortion even is, much less why people want, need and are legally entitled to access that care.

Does "pro-choice" capture all of the weirdness people feel in the face of all that? Not even close. But it's hard to imagine a label that could. “You just have to take more words,” Dawn Laguens, the executive vice president of the political-advocacy arm of Planned Parenthood, told the Times.

But moving beyond choice is actually about more than messaging voters who have nuanced views on abortion. Because the current assault on reproductive health isn't just about your boss coming for your birth control or your state representatives banning abortion at 20 weeks. As many working on the issue pointed out to the Times, the fight is much, much bigger. “When you really look at the broad scope of all the Republicans’ attacks,” said Marcy Stech of Emily’s List, “it’s clear ‘women’s health’ is what’s at stake.”

And "women's health" is a pretty big umbrella. It means a lot. Access to healthcare, all healthcare. The Medicaid expansion. Controlling one's fertility, and being able to have a child if and when you decide the time is right. That means public education, strong social programs that provide food and housing for families who need it. The list is long, and there is no real label that suits it entirely. But connecting these issues and getting ambitious and expansive about how the mainstream reproductive rights movement talks about what's really at stake isn't just good branding, it makes for good policy. This doesn't mean backing away from abortion or contraception, it means getting more ambitious and pointing out the conservative policies -- beyond just draconian laws regulating abortion -- that are anything but "pro-life."

Talking about "women's health" in a way that means something is a start. Educating people about what abortion is and why safe, legal access is so important is a start. Framing economic justice as an issue of reproductive justice is a start. Get savvier if you want. Democrats have been giving recent legislation pithy names like the "Not My Bosses' Business" act so people get that this is about way, way more than just the copper IUD.

Carol Tobias, the president of the National Right to Life Committee, told the Times that the right views this rebrand as a victory. “I find it very encouraging that they find that after 40 years they have to do something different because they know it’s not working,” she said.

But conservatives are confronting this shifting landscape, too. Republican Sen. Lindsey Graham may be able to throw out some antiabortion chum when he's nervous about losing an election, but the base that views these issues as black-and-white may not be enough to win elections anymore. If there is indeed a "pro-choice" reckoning happening right now, a "pro-life" upheaval might not be far behind.