George F. Will believes Obamacare will be the ticket to GOP victory in Oregon, despite long odds and bad polls 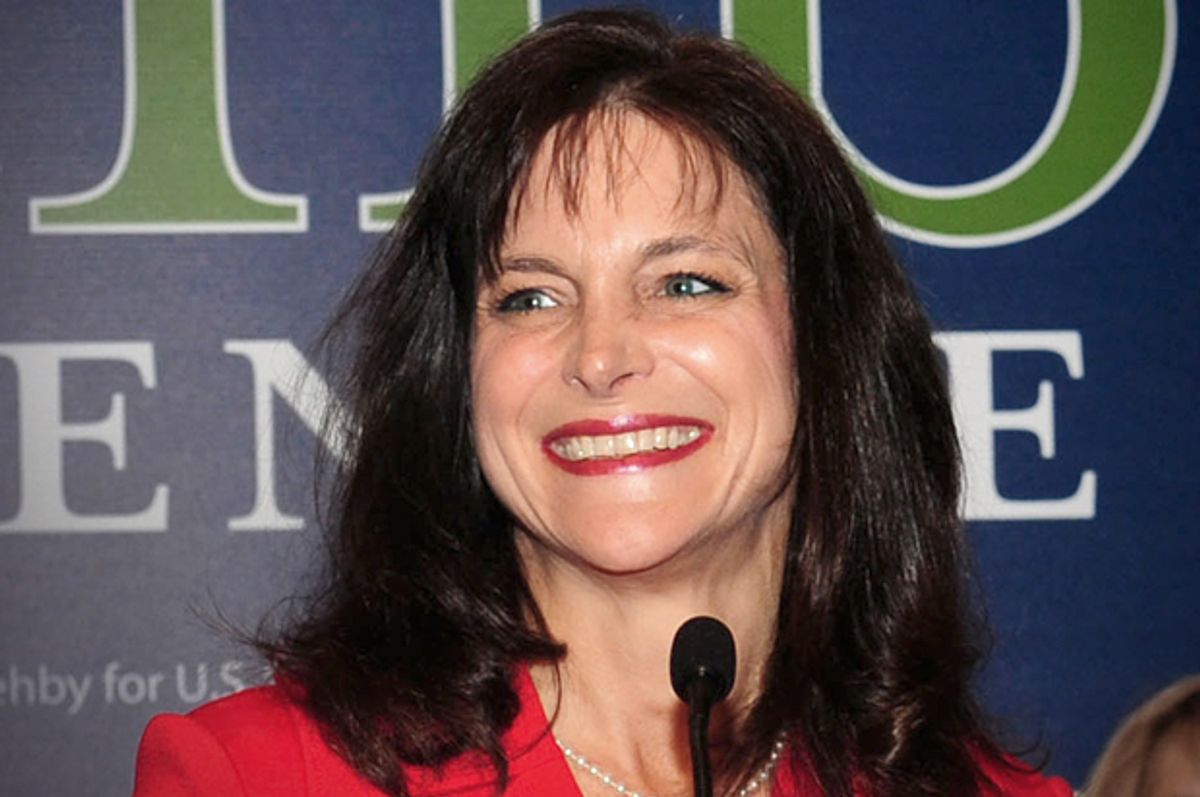 We’re about three and a half months from Election Day and the midterm Senate map is unsettled. The Republicans are still the favorites for taking control of the Senate in November, though it’s far from a done deal. Democrats are stronger in Michigan and North Carolina than most people expected. Republicans are surprisingly strong in Iowa, and the slight advantage Sen. Mark Pryor had over Republican Tom Cotton in Arkansas seems to have evaporated. And the race in Kentucky is a tossup.

One contest that has remained constant, however, is the Senate race in Oregon between incumbent Democrat Jeff Merkley and his Republican challenger, neurosurgeon Monica Wehby. Merkley remains the heavy favorite, despite a gargantuan amount of hype surrounding Wehby’s candidacy. The strange thing is that Wehby-mentum soldiers on despite any real indicators that she’s fielding a credible challenge to Merkley.

Part of this is due to the largess of outside conservative and libertarian groups, who are still pouring money into the race. The Koch brothers just recently opted to boost their overall spending in support of Wehby, partly because her policy positions are simpatico with those of the broader Koch empire, but also because the Koch brothers don’t really have to worry about prioritizing when it comes to political spending. But Wehby-mentum refuses to die also because conservative pundits have convinced themselves that Obamacare’s unpopularity is so potent a force that it will take down an incumbent Democrat in a solidly blue state.

The latest example of this phenomenon comes courtesy of George F. Will, who wrote a column late last week that put a high gloss on Wehby’s candidacy. “For 17 of her 52 years she has been a pediatric neurosurgeon,” Will wrote, “holding in steady hands sharp steel and the fate of children’s brains. She probably can cope with the strains of legislative life.” But when you pick apart Will’s column, you have to wonder what it is that makes him so bullish.

“Oregon is one of the 18 states and the District of Columbia that have supported Democratic nominees in at least six consecutive presidential elections,” Will wrote. “But,” he adds, “from 1969 to 1995, both Oregon senators were Republicans.” That’s true, though the sharp observer will be quick to notice that 1995 was, in fact, nineteen years ago. The state has trended toward electing Democrats to statewide office since then. Sen. Ron Wyden (D) was elected in 1996 to replace Sen. Bob Packwood, who resigned in disgrace the previous year, and he’s been reelected comfortably every cycle since then. (Wyden’s closest race came in 2010, when he edged out his GOP challenger by 18 points.) Sen. Gordon Smith (R) was ousted by Merkley in 2008.

And that gets us to the polls. Citing a Wehby campaign internal poll, Will writes: “Wehby’s pollster says Merkley’s two-point lead (41 percent to 39 percent) derives from the incumbent’s perishable seven-point advantage in name recognition. Wehby is up one point among voters who say they ‘know’ both candidates.”

There are a couple of things to point out here. First of all, the poll Will appears to be citing is nearly two months old, and it was leaked back then likely to help calm jittery donors after a series of reports surfaced showing “that an ex-husband and ex-boyfriend had separately called the police to complain about [Wehby’s] behavior.” Next, Will’s trust in that one stale, internal poll doesn’t seem to be shaken by the fact that almost every other public poll conducted shows Merkley with a comfortable, double-digit lead. The New York Times and YouGov just released a huge survey of 2014 states that gave Merkley a characteristically large 14-point advantage. Every single political prediction outfit crunching the 2014 numbers gives Merkley an outsize chance of winning.

“Another Democratic theme is that all Republicans are extremists,” Will continues. “Wehby, however, won 50 percent of the vote in a five-candidate primary in which her rivals accused her of moderation.” Wehby’s primary claim to moderation comes from the fact that she supports abortion rights while being personally pro-life. But when the Oregonian asked how she’d vote on key issues ranging from taxes to the environment to jobs, Wehby took hard-line Republican positions on all of them. On taxes, she would have voted to make the Bush tax cuts permanent and repeal the estate tax. The 2014 farm bill? She would have taken the Tea Party stance and voted against it. She’s pro-Keystone XL, against the Environmental Protection Agency’s carbon rules, and would have voted against equal pay legislation. If there’s “moderation” to be found in her policy platform, it’s well concealed. She also supports a balanced budget amendment to the Constitution, a conservative hobbyhorse that is opposed by liberals (and some conservatives) because it’s a terrible idea that would destroy the economy.

But George Will isn’t concerned by any of this. He thinks Obamacare – which had a particularly rough rollout in Oregon – will trump all come November. “Oregon had the worst of all the unpleasant experiences that states had with the Obamacare rollout,” he writes. “The FBI is investigating how the state managed to spend $250 million on an online insurance exchange that failed.” But we’ve been hearing this same story for months now, and overarching Republican faith that the Affordable Care Act’s Oregon face plant will propel Wehby to victory thus far has not been validated.

“It is unfortunate that only three senators are physicians,” Will concludes, “but another doctor may be coming, straight from the operating room to her first elected office.” It’s certainly possible. All Wehby will have to do is overcome the polls, odds, history and recent statewide electoral trends.