More proof that climate change is ruining seafood for everyone 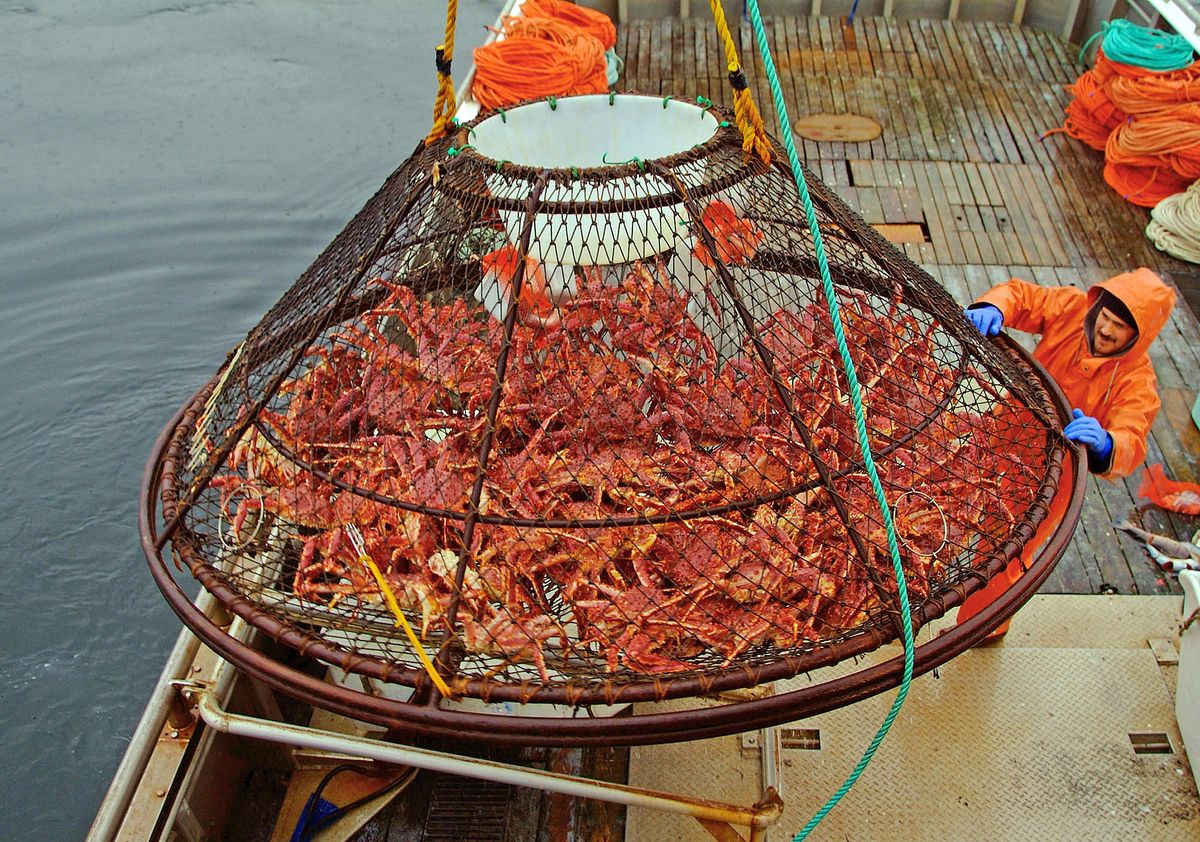 FILE - In this Nov. 6, 2005 file photo, Ralph Strickland guides a crab pot full of red king crabs onto the deck of F/V Frigidland during the current fishery in the waters off of Juneau, Alaska. The release of carbon dioxide into the air from factory smokestacks to the tailpipe on your car could pose a risk to red king crab and other lucrative fisheries in Alaska, a new report says. The research, led by the National Oceanic and Atmospheric Administration, was to be published Tuesday, July 29, 2014, in the online journal Progress in Oceanography. (AP Photo/Klas Stolpe, File) (AP)
--

A new study conducted by the National Oceanic and Atmospheric Administration has bolstered convictions that many marine biologists and climate scientists have had for over a decade: Climate change is seriously threatening the world's shellfish supply.

The study focused specifically on Alaskan fisheries, known for red king crab and other desirable fare, because the local communities are so reliant on them for their economic well-being.

Researchers said changes in ocean chemistry could make it harder for mollusks and other small creatures to build and keep their skeletons or shells. Previous studies have shown red king crab and tanner crab grow more slowly in more acidic water and that red king crab died in highly acidified conditions.

Communities in southeast and southwest Alaska face the highest risk from ocean acidification because of their reliance on fishing, relatively lower income levels and fewer job alternatives than other parts of Alaska, the report states. For communities with high food and energy costs, ocean acidification could be another hit, the research says.

We are familiar with the effects that excess carbon dioxide has on the atmosphere, but its lesser-known sister reaction, ocean acidification, is one of the most devastating outcomes of climate change. Coined by chemical oceanographer Ken Caldeira in 2003, ocean acidification occurs when carbon dioxide is released from the burning of fossil fuels and enters the ocean, reacting with sea water and forming carbonic acid. According to the Natural Resources Defense Council, since the start of the Industrial Revolution (around 150 years ago), up to 500 billion tons of carbon dioxide have been absorbed by our oceans, increasing the average acidity by 30 percent.

Why does it matter? Ocean acidification decreases the availability of carbonate, a material that thousands of species of sea creatures use to form calcium carbonate shells. Without it, we'll see an epidemic of "global osteoporosis": shells that are extremely thin and brittle, or that totally dissolve.

Indeed, this threat extends to the majority of the commercial fishing industry: clams, oysters, lobsters and, yes, crabs all depend on their calcium carbonate shells for survival. Larger marine life, such as seals, otters and walruses who eat shellfish, are also in danger.

Alaskan waters are particularly vulnerable to ocean acidification because colder water can absorb more carbon dioxide, and circulation patterns specific to the region bring deep-ocean water to the surface.

NOAA oceanographer and co-lead author of the study Jeremy Mathis warns that although we haven't seen major changes in our shellfish supply just yet, they are on the horizon. "We could have a 300 percent greater change between now and the end of the century than we have in the past 250 years combined. So the rate of change is what's accelerating."