Report: Woody Allen won't hire a black actor unless he "writes a story that requires it" 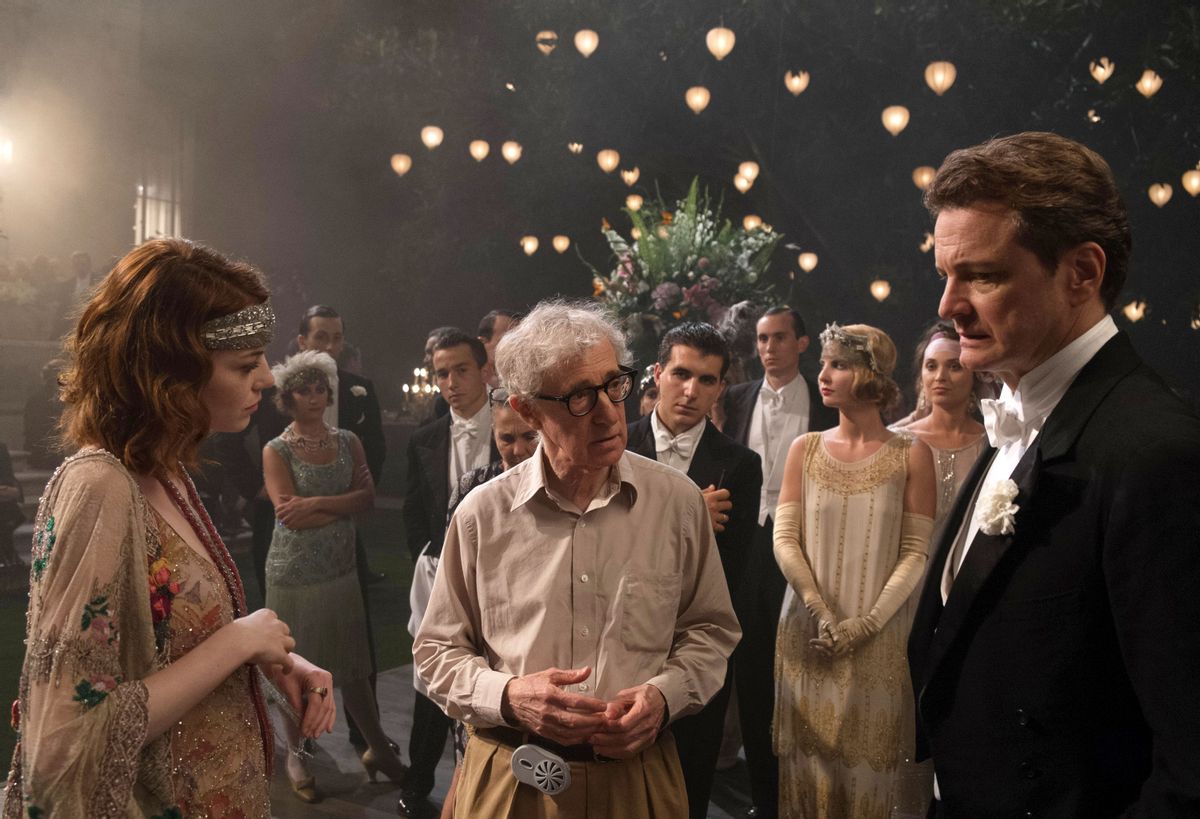 The New York Observer has issued a bizarre profile of Woody Allen, written by longtime gossip columnist Roger Friedman. Although the article's subtitle promises that "the reluctant auteur opens up," presumably about the sexual abuse allegations brought forth by his daughter Dylan Farrow, what follows is essentially a 3,500-word press release that offers almost minimal new insight into Allen, his work, or the controversy surrounding him.

The lede sets the tone: "Would it kill you to know that Woody Allen is just like us?"

After listing a bunch of facts about Allen's movie career, readily available in his Wikipedia page, Friedman then states, "Mr. Allen’s had some problems, but we all know about them. That’s not what this is about." Friedman dismisses the allegations, which opened up a national conversation about sexual assault and the treatment of alleged victims this winter, as if they were a frivolous gossip item a la Justin Bieber egging another rich person's house. "That’s not what this is about," he continues. "Mr. Allen’s had a life since 1992, when he left Mia Farrow and subsequently married her adopted daughter, Soon-Yi Previn. It’s been 22 years. There must be something else to talk about."

So what new stuff is there to "talk about" regarding Allen? Well, the same old stuff, really. Woody Allen is "still thinking about life and death, the end of the world, and why we’re all here," he's "dressed like, well, Woody Allen," and "he’s really, pleasantly, the same as ever."

But there is one very damning quote, buried toward the bottom. The profile takes a break from fawning over Allen's celebrity friends and summarizing Allen's continued success to address the criticism that Allen's films rarely include people of color:

Earlier this year, in an effort to derail Ms. Blanchett’s Oscar campaign, a couple of anonymous complaints turned up in the tabloids about Mr. Allen not using black actors. He’s horrified when I bring up the subject. We talk about the new generation of wonderful black actors like Viola Davis and wonder if they’ll ever be cast in a Woody Allen film. He doesn’t hesitate to respond: “Not unless I write a story that requires it. You don’t hire people based on race. You hire people based on who is correct for the part. The implication is that I’m deliberately not hiring black actors, which is stupid. I cast only what’s right for the part. Race, friendship means nothing to me except who is right for the part.”

Putting aside the blatantly wrong framing of the issue (“an effort to derail Ms. Blanchett’s Oscar campaign,” really? The primary conversation about Allen in February was not about race, but about sexual abuse allegations, and that sure wasn’t some cheap publicity stunt), Allen’s comments are pretty frustrating. Allen has come under fire several times for not including people of color in his productions. In 1987, director Spike Lee told the New York Times, "Woody Allen, he can do a film about Manhattan - it's about one-half black and Hispanic - and he doesn't have a single black person in the film.” And, surprise: When Allen does cast black people, they get handed stereotypical roles. Of Allen’s film, “Vicky Cristina Barcelona,” actress Angela Bassett observed in 2009, "I mean, to have one black cast member for the whole film seems rather strange, and, oh yes, she's a prostitute, of course...Don't get me wrong, I love Spain and it looked beautiful, but that part of the world is so diverse and, really, what is that about?" Allen again came under fire a few months ago when he glaringly omitted black people from his Broadway adaptation of his film “Bullets Over Broadway,” which takes place in Harlem’s famous Cotton Club. According to one source, Allen felt uncomfortable casting black people, a rumor to which a rep responded, "It has always been Woody Allen’s priority to cast the exact appropriate person for a role regardless of race, which has never been a consideration."

Here’s the thing: Directors should go out of their way to include people of color. Because otherwise people of color will only be cast in "minority" roles, which tokenizes them. To say you're only going to cast a black person for a "black part"-- I mean, what does that even mean? If you are casting an upper middle class family, can't that family be black? Can't a movie include an interracial relationship without that being “a thing”? Allen’s logic is the sort of logic that keeps people of color seen as “others” rather than as Americans who, just like white people, can be rich, poor, doctors, alcoholics, sons, daughters, neurotic, psychopathic, etc. And they’re underrepresented on the screen, which means that, regardless of whether directors want to cop to it or not, race matters. As “SNL” learned last year, because entertainment is so white, we think in white (and that happens!). But that also means you have to go out of your way to find talent that's not white. That's not hiring based on race. That's combating racism and promoting diversity.

As if to anticipate the criticism he (and Allen) are about to receive, Friedman follows up this paragraph by reminding us that Woody Allen has black friends. Yep, he went there:

I ask him why, by the way, Chris Rock appeared in Robert Weide’s PBS documentary about him last year? Are they friends? “He loved my work. When I got married to Soon-Yi he bought me a wedding present,” Mr. Allen reports, surprised and grateful. “When I ran into him in Rome, we took him out for dinner.” He adds: “I’m friendly with Spike Lee. We don’t socialize, but I don’t socialize with anyone.” There’s a punchline: “I don’t have white friends either.”

So Woody Allen's movies may be color-blind, but his punchlines aren't. Got it.