James Franco to Stephen Colbert: Are you "going to go Democrat" on "The Late Show"?

The actor tried to get Colbert to shed his satirical character. It didn't work 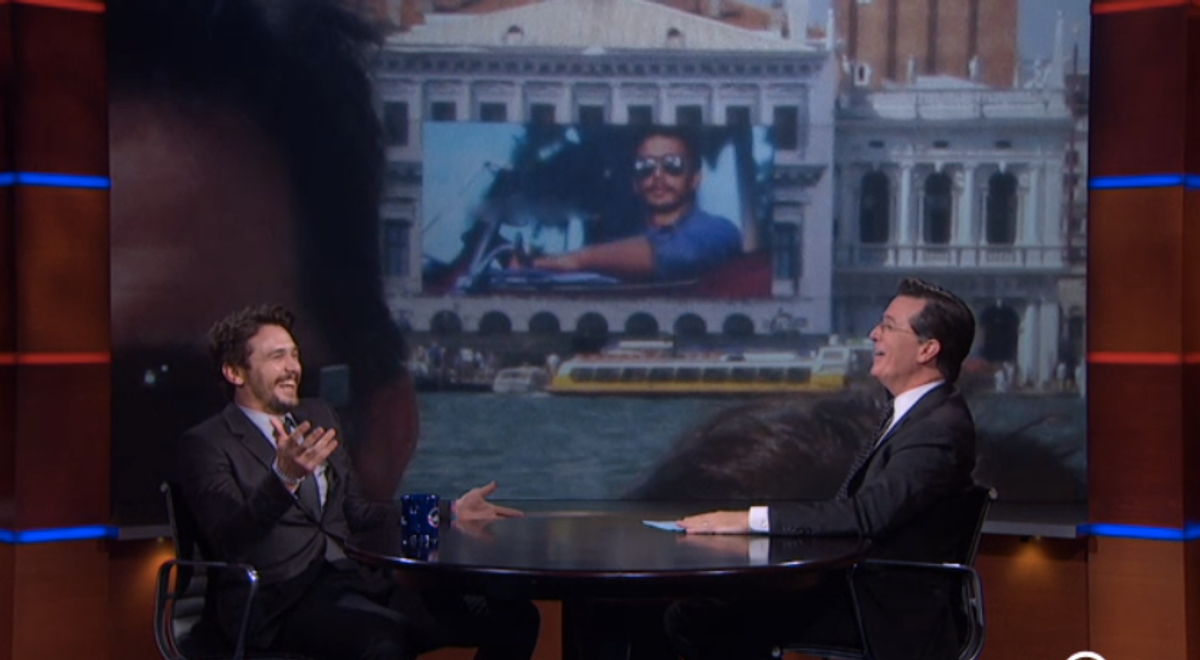 At the very end of an absolutely delightful interview between James Franco and Stephen Colbert on Wednesday's "The Colbert Report," the "Child of God" actor snuck in the question we're all wondering regarding Colbert's upcoming move to "The Late Show": "Are you going to go Democrat?"

But Colbert, who rarely drops the satirical right3-wing blowhard act in public, didn't betray anything about his personal political leanings. Without missing a beat, he responded, “Now here’s the interesting thing, I don’t know what the fuck you’re talking about!”

Conservative commentator Rush Limbaugh moaned that "CBS has just declared war on the heartland of America" when Colbert was named Letterman's successor, but Colbert's character seemingly ends with "The Colbert Report."

"The character that he's currently doing on Comedy Central will end by the end of the year at Comedy Central and then he will come back on CBS as Stephen Colbert," CBS CEO Les Moonves said in April. "Those of us who know him know that he is multitalented and can go way beyond the character that he is currently playing. And we're looking forward to that."

Colbert's interview with Franco, jokey but apolitical, could be a good indicator of what we'll see on "The Late Show." Most of it consisted of ribbing the actor for not having a family yet (leave it to Colbert to ask a man about settling down), Franco's multitude of hobbies and general ubiquitousness. Hopefully, Franco will return as Colbert's guest on the "Late Show" next year, and the two will find yet another bizarre connection (this time, it was on the Colbert family's Christmas card).