Octopus wins mom of the year; has longest brooding period of any animal 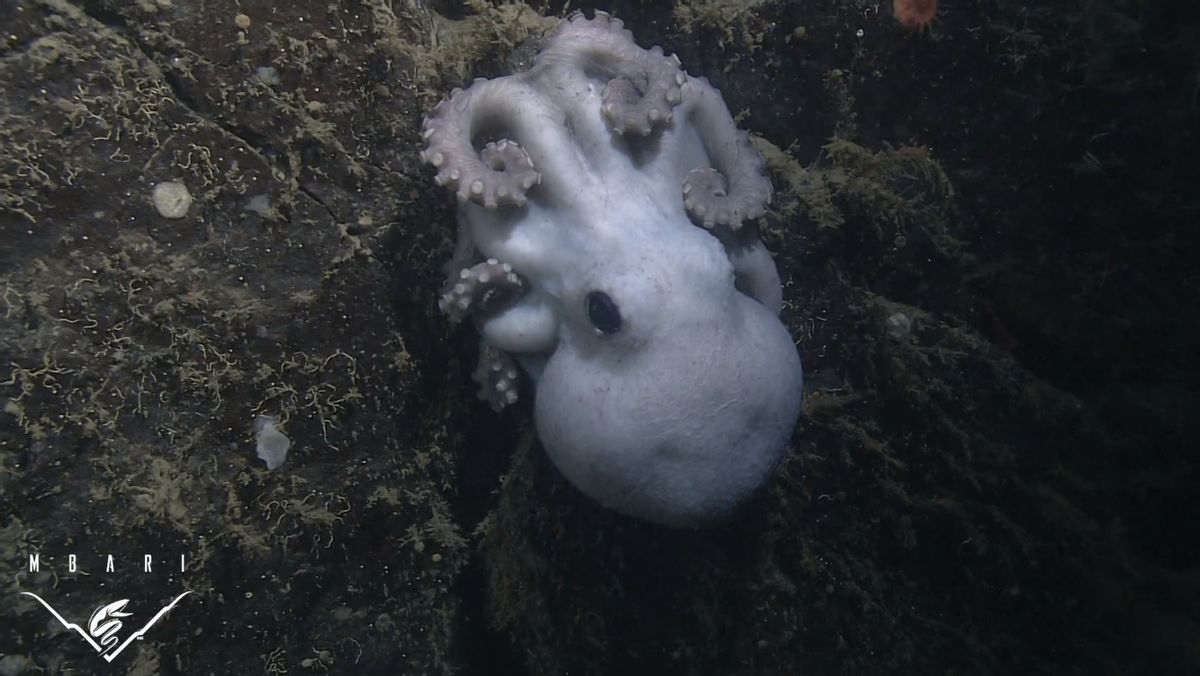 The oft-employed mom guilt trip, "I carried you for nine months" seems laughable when you consider that this octopus has an egg-brooding period of four and a half years. During that period, she never abandons her eggs, forgoing food and a general social life.

Reuters reported about the amazing mama:

They tracked one female, recognizable by its distinctive scars, that clung to a vertical rock face near the floor of a canyon about 4,600 feet (1,400 meters) under the surface, keeping the roughly 160 translucent eggs free of debris and silt and chasing off predators.

The mother octopus never left the oblong-shaped eggs -- which during the brooding period grew from about the size of a blueberry to the size of a grape -- and was never seen eating anything. The octopus progressively lost weight and its skin became pale and loose. The researchers monitored the octopus during 18 dives over 53 months from May 2007 to September 2011.

Usually, female octopi will die shortly after their babies hatch-- because the brooding period is so long, the baby octopi are able to survive on their own once they come out of their eggs, emerging as totally self-sufficient, miniature adults.

Bruce Robison, a deep sea ecologist at the Monterey Bay Aquarium Research Institute (MBARI) in Moss Landing, California, was awe-struck by the cephalopod: "It's extraordinary. It's amazing. We're still astonished ourselves by what we saw."

For more information, watch the below video: