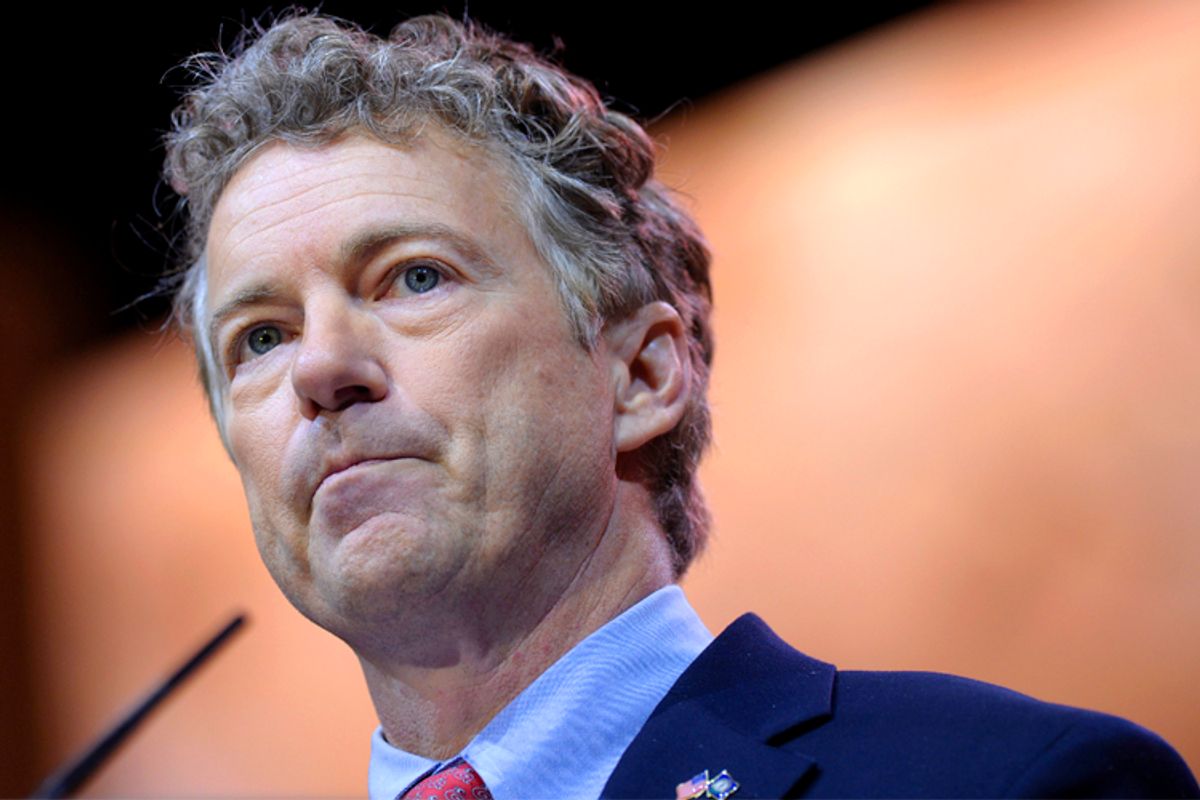 During a contentious appearance on MSNBC this Wednesday, Kentucky Sen. Rand Paul, there to promote the work he's done with Sen. Cory Booker on criminal justice reform, refused to discuss his views on the 1964 Civil Rights Act, claiming he's always supported the measure and that his infamous statements to the contrary on Rachel Maddow's show in 2010 were "misrepresented" by the network.

"Have I ever had a philosophical discussion about all aspects of [the Civil Rights Act]?" Paul said with evident frustration after "The Cycle" co-host Ari Melber asked him to explain why he opposed a key part of the CRA in 2010 but now says he's always supported the law.

"Yeah, and I learned my lesson," Paul continued. "To come on MSNBC and have a philosophical discussion, the liberals will come out of the woodwork and they will go crazy and say you're against the Civil Rights Act and that you're some racist."

Still perturbed, Paul told Melber, "I've been attacked by half-a-dozen people on your network trying to say I'm opposed to the Civil Rights Act and somehow now I've changed. I'm not willing to engage with people who are misrepresenting my viewpoint on this."

Later that day, Paul spoke to a Young Americans for Liberty gathering about his testy appearance. "So I was having a great day today ... then I went to MSNBC," Paul joked.

He went on to recount the interaction with Melber, saying he would be happy to come back on the network to "have a great philosophical discussion" about whether property rights transcend human rights — but only if MSNBC "[goes] on the air for 24 hours [and] apologize[s] for all the lousy lies [it's] been saying about me for four years."

Paul then granted that the network employed some good people, but said for the most part it was full of "partisan cranks and hacks."