"You have to pass the laws on your plate, all of them, before you get your dessert" 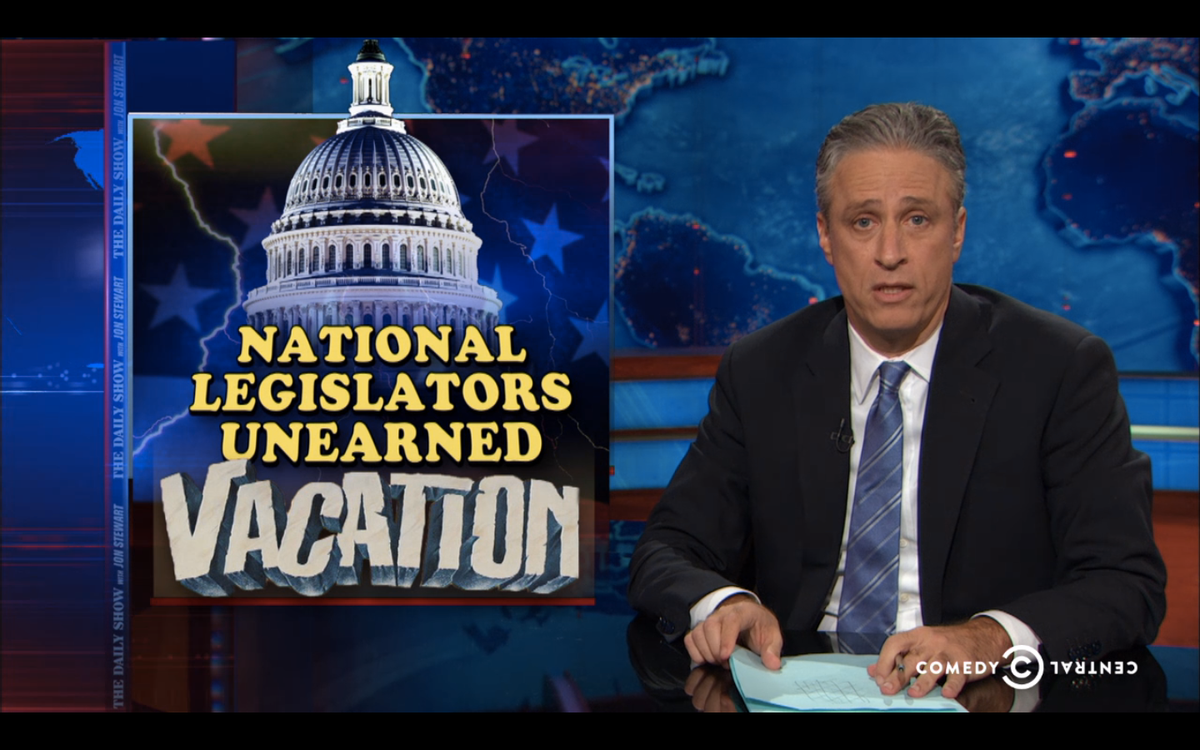 "Congress has a lot to do before their summer recess," said Jon Stewart on "The Daily Show," "which starts, uh, now. It starts now." Indeed, Congress is attempting to hammer down the specifics of a number of important bills right now, including immigration reform, a highway funding bill and student loan reform. Sen. John Cornyn, the Republican minority whip from Texas, put out a rallying cry to his peers: If they don't make some progress "by the time we leave here for the August recess, we will have failed."

"Don't be so hard on yourself," Stewart said. "When you guys suck, it is not failure. It is just you living up to our extremely low expectations. Congress is the 'Sharknado 2' of government. Of course it sucked. It was supposed to suck."

Still, Congress seems to have the drive to complete at least one task before recess: suing President Obama for his selective implementation of the Affordable Care Act.