Climate change could make cheap travel a thing of the past 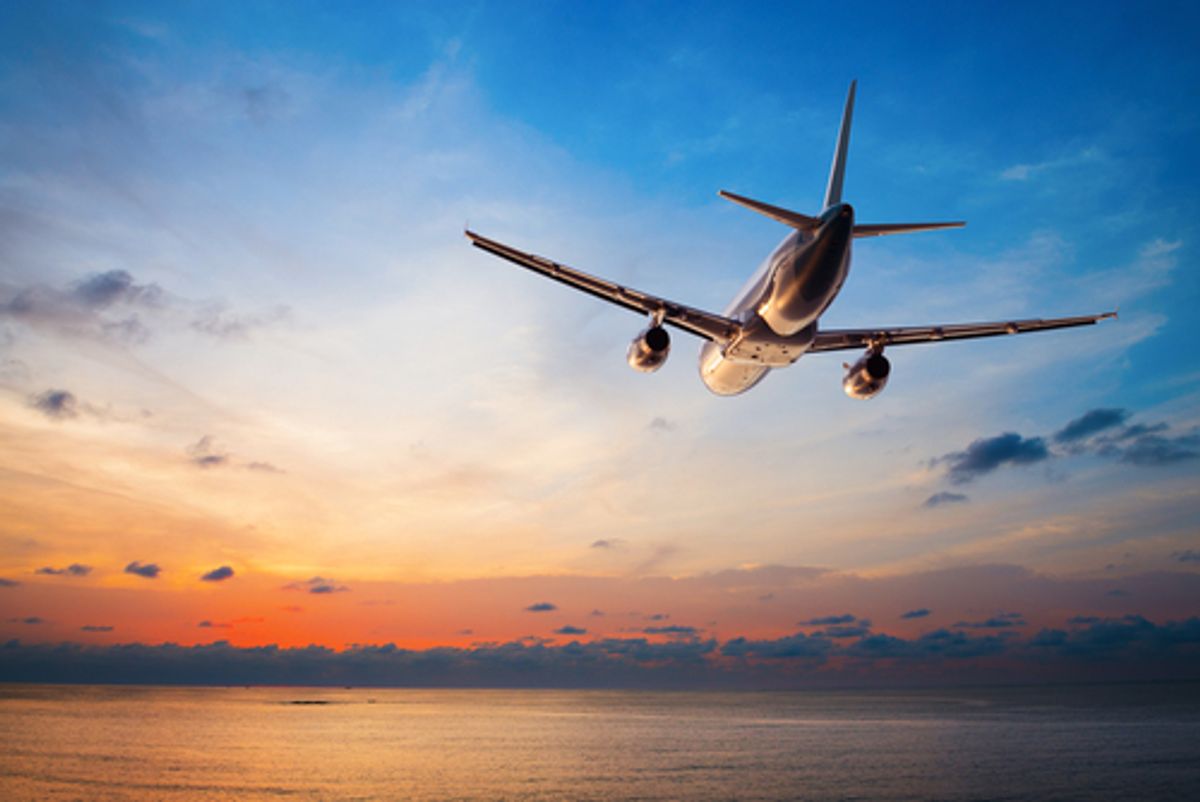 The transportation sector is a major contributor to climate-changing carbon dioxide emissions, and, worldwide, it’s also one of the most vulnerable sectors to the effects of climate change, according to a new report.

In other words, climate change could mean “sun kinks” could warp train tracks in the heat, airplanes will be more expensive to fly, highway surfaces could soften in heat waves, roadways and bridges could be washed away in rising seas and storm surges, and storms in the open ocean could increase the cost and risks associated with shipping.

Those are the findings of a new report, “Climate Change: Implications for Transport,” released Monday by Cambridge University and sustainable business advocacy group Business for Social Responsibility (BSR) outlining what the conclusions of the Intergovernmental Panel on Climate Change’s Fifth Assessment Report mean for global transportation.

In the Fifth Assessment Report, the IPCC concluded that climate change brought about by the greenhouse gas emissions, mainly carbon dioxide, that humans release into the atmosphere will likely lead to more intense floods, heat waves and sea level rise, all of which could potentially damage transportation infrastructure.

Transportation could be both a cause and a casualty of climate change, according to the Cambridge-BSR report.

“The transport sector relies overwhelmingly on oil,” Angie Farrag-Thibault, a BSR associate director and a lead author of the report, said in a statement Monday. “Without action, greenhouse gas emissions from transportation will continue to rise. Fortunately, this report points to a large number of options for reducing emissions.”

The global transportation sector contributes about 25 percent of the world’s energy-related carbon emissions, and those emissions could double to 50 percent if countries and businesses don’t act soon to slash emissions, the report says.

If those emissions aren’t slashed, the report paints a bleak picture of how roads, rails, bridges, shipping and aviation could be affected.More than half of global production of crude oil is used for transportation, and 94 percent of the energy used to fuel trains, airplanes, highway vehicles and ships is supplied by crude oil, according to the report.

Roadways could be impacted in a variety of ways: Asphalt pavement could be softened in heat waves, requiring resurfacing with more durable materials. Flooding in low-lying areas is likely to force highway departments to improve drainage on roads and maintain them more frequently. Bridges may need to be retrofitted to withstand greater flooding, costing $250 billion in the U.S. through 2065.

Railroads could be affected in similar ways, the report says, but high temperatures during heat waves could buckle tracks, and urban subway systems could be more exposed to flooding in the same way Hurricane Sandy severely damaged the New York City subway and New Jersey’s PATH train tunnels in 2012, paralyzing the city.

Shipping is highly vulnerable to climate change, too, as droughts could force inland shippers to use smaller vessels, especially in the Great Lakes, and inland waterways could be useable for fewer days, according to the report.

On the open ocean, more frequent storms could force ships to take longer routes through regions that are less prone to storms, costing shippers more.

Aviation could take a hit from climate change, too, the report says. In addition to weather-related cancellations and delays in extreme weather, turbulence in clear skies could increase over the Atlantic, leading to less comfortable flights for passengers. Airport runways could suffer the same effects from climate change as heat-vulnerable highways.

High heat also means that the air over airport runways is less dense, which decreases the amount of weight an airplane can carry and increases the necessary length of a runway in order for airplanes to take off safely. Reduced maximum takeoff weight of an aircraft could mean higher costs for airline travel, according to the report.

The solutions to the problems climate change poses for the transportation sector may be costly and complex, the report says. They primarily involve replacing fossil fuels with alternative energy sources, increasing vehicle efficiency, reducing demand for transportation and shifting that demand from modes of transportation that use a lot of energy to modes that are more efficient or use little energy at all, according to the report.

In other words, people should bike or take public transportation instead of driving.

Reimagining how cities are built is also critical, especially in the developing world where most new urbanization is expected to occur in the coming decades, Eliot Whittington, climate change director for the Cambridge Institute for Sustainability Leadership told Climate Central on Monday.

“One key change in terms of the way people around the world live is in city design,” he said. “A shift in city design that causes more densely populated cities and hence more use of public transport is a really key way to create a better quality of life and lower carbon emissions per person.”

Dense cities have a much smaller carbon footprint than sprawling ones because of the modes of transport they require, he said.

Focusing on making transportation more energy efficient and encouraging people to use modes of transport that emit less carbon dioxide is nearly as important as addressing the carbon emissions of the electric power sector, he said.