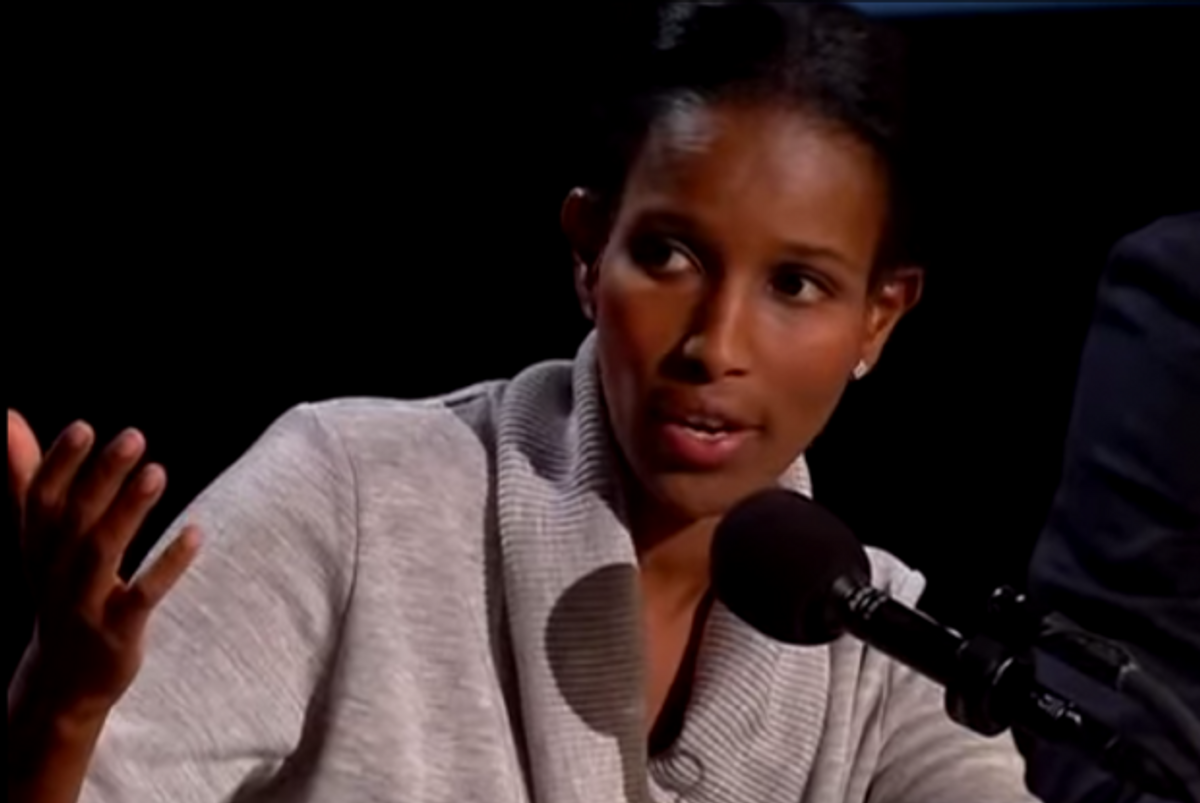 During an interview published on Friday by Israel HaYom, the Sheldon Adelson-backed Israeli daily, public intellectual and author Ayan Hirsi Ali claimed that Israeli Prime Minister Bibi Netanyahu should be awarded the Nobel Peace Prize for waging the ongoing military campaign by the IDF against Hamas militants in Gaza.

Asked whom she admired, Ali — who once called Islam a "nihilistic cult of death" —  included Netanyahu on a list featuring her husband, Harvard professor Niall Ferguson, as well as former Secretary of State Henry Kissinger and Princeton professor Bernard Lewis. Ali said she admired Netanyahu "[b]ecause he is under so much pressure, from so many sources, and yet he does what is best for the people of Israel, he does his duty."

"I really think he should get the Nobel Peace Prize," Ali added. "In a fair world he would get it."

Ali isn't the only prominent supporter of Israel's war to make the provocative Nobel Peace Prize claim. Recently, the Israeli ambassador to the U.S., Ron Dermer, said the nation's army, the Israeli Defense Forces, similarly deserved global acclaim for the "unimaginable restraint" with which it's waged its attacks on Hamas.

Thus far, Israel's campaign in Gaza, now in its fourth week, has resulted in the deaths of more than 1,600 Palestinians in Gaza (mostly civilians) as well as more than 60 Israelis (including two civilians). According to recent reports, the Israeli government's belief that Hamas kidnapped and murdered three Israeli teenagers — which was the proximate cause of hostilities — was incorrect.