Indiana's Todd Rokita isn't fear-mongering, he's just asking in order to ensure "we can plan for this" 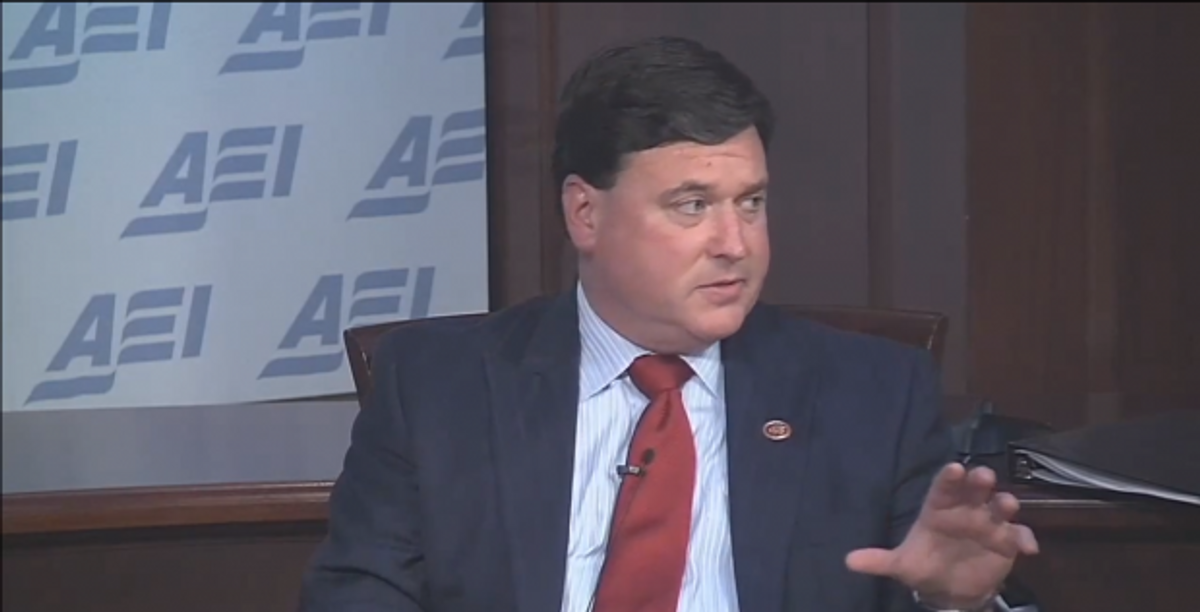 Indiana congressman Todd Rokita, last seen on the public stage simultaneously hitting on and condescending to a female news host, is once again bringing glory to his congressional district, this time by wondering aloud whether the migrant refugee children at the border (who are overwhelmingly from Central and South America) are bringing Ebola (the virus currently spreading in parts of Africa) to the United States.

"We sent a letter to the president saying, 'Look, first of all, we've have got to know, not from the press, we've got to know ahead of time so we can plan for this,'" Rokita said during a Monday appearance on the radio and referring to a message he and some fellow GOP congressmen sent to the White House.

"We did that, [GOP Rep. Larry] Buschon was helpful," Rokita continued, speaking of a colleague with previous experience as a medical doctor. "He said, 'Look, we need to know just from a public-health standpoint,' with Ebola circulating and everything else — no, that's my addition to it, not necessarily his — but he said we need to know the condition of these kids as well."

By raising the specter of Ebola at the border, Rokita joins fellow House GOPer Phil Gingrey — a former doctor, himself, who previously argued that Todd Akin was "partly right" when he infamously claimed only "legitimate rape" led to pregnancy — in spreading a completely unsubstantiated theory. In response to Gingrey's first raising the idea of refugee Ebola, PolitiFact awarded a "pants on fire" designation to the claim, its lowest rating.

You can listen to Rokita's radio appearance below, via WIB 93.1 FM: