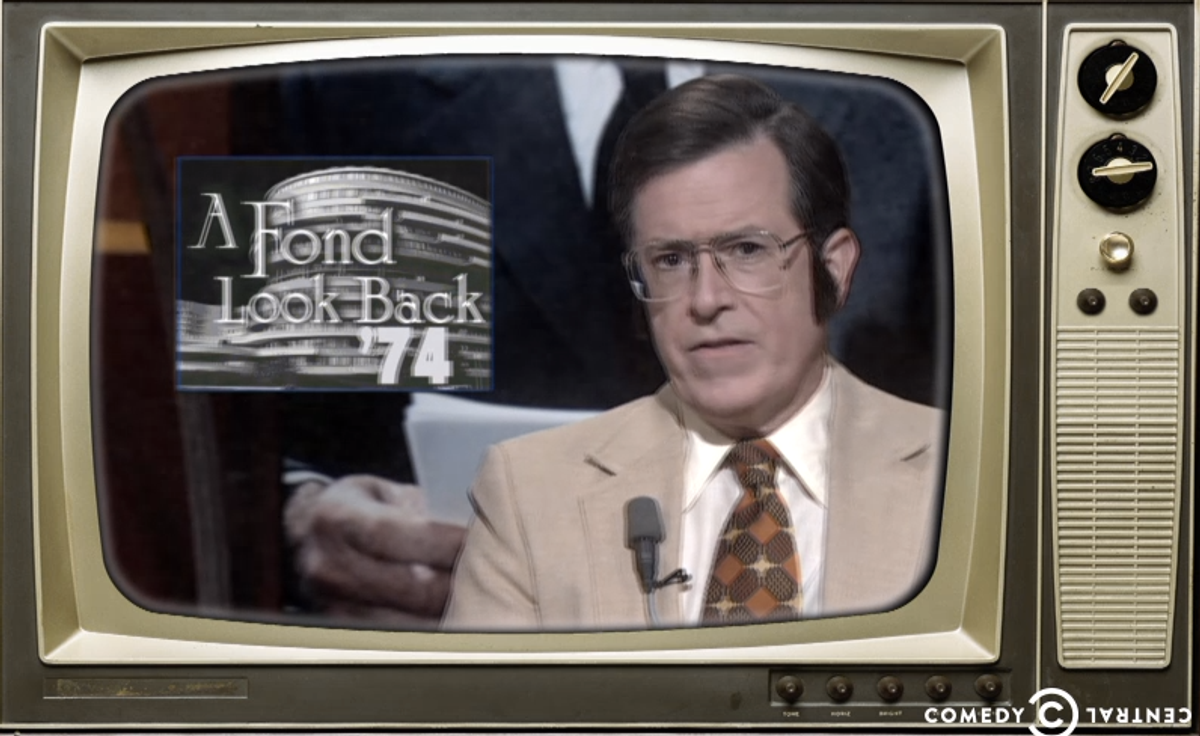 Forty years after Nixon's resignation, the Nixon Presidential Library & Museum and the Richard Nixon Foundation are releasing excerpts of the Nixon tapes, in which the disgraced president opened up about the scandal that led to his downfall. "The Colbert Report" celebrated the occasion with an episode-long retrospective on Watergate in the style of an "E! True Hollywood Story" as it might appear in 1974, taking a "fond look back."