Stop fetishizing me: Why being an Asian woman in the dating world has never been harder

As our culture continues to normalize the idea of "yellow fever," I'm pretty tired of dealing with it 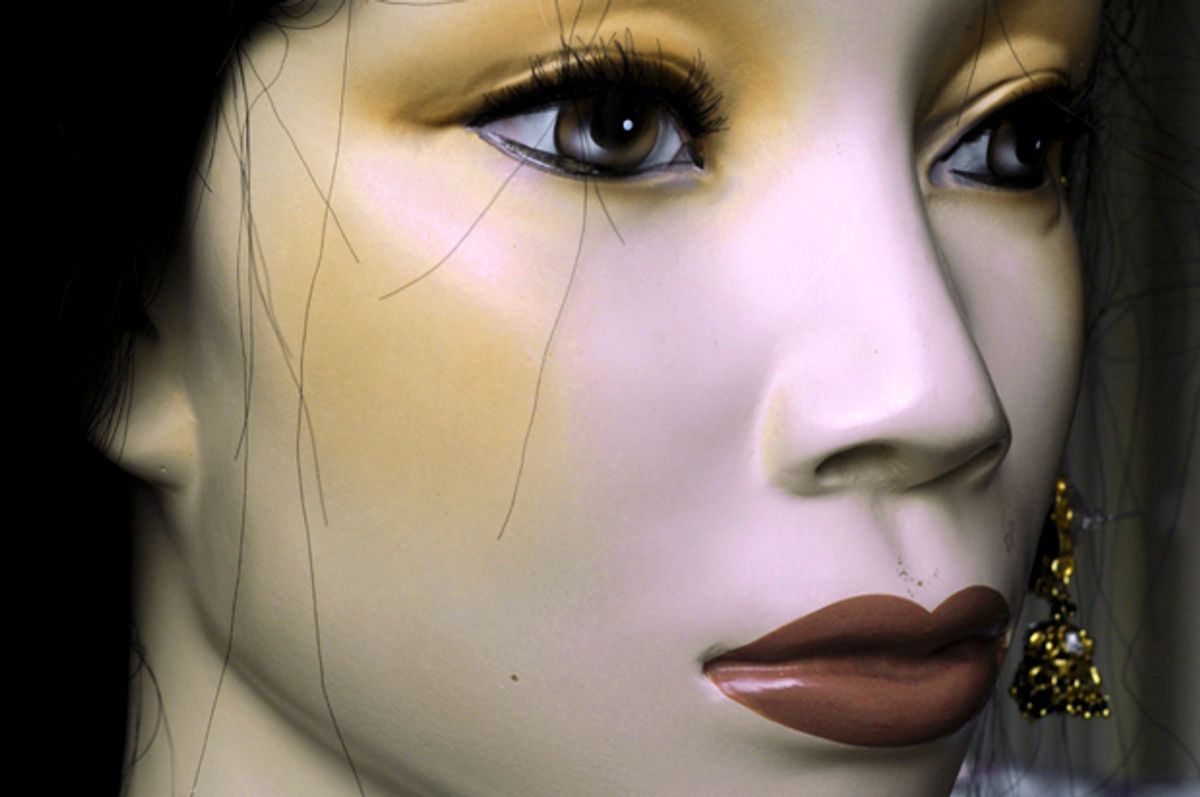 A few months ago, an alarming survey suggested that "Yellow Fever" is more widespread than previously suspected. Yellow Fever is a potentially fatal disease carried by mosquitoes. It also refers to the fetishization of Asian women. These two afflictions spread for the same reason: high concentrations of restless people living in urban centers.

Crucially, this survey did not refer to mosquitoes but to straight men buzzing around dating sites, who showed a marked preference for Asian women. Why? Who knows? So far, scientists haven’t even managed to deconstruct the motives of actual mosquitoes, though they have tested the theory that some people are biologically mosquito magnets -- such as yours truly, who also happens to be an Asian female – and discovered that it’s true. Approximately 20 percent of the population is innately more attractive to these insects, which prefer biting (literally) hot women who wear black clothing and/or have black hair. But mosquitoes are interested in women like me for simple chemical reasons. Men don’t have that excuse.

For the time being, let’s put aside the fact that the mosquitoes doing the biting are all female, and focus on what happens when a mosquito-magnet gets bitten. Contrary to popular belief, we don’t go around congratulating ourselves for being so irresistible to biting insects. We don’t need their attention to know our blood type, O, is the liqueur of lust to them – as immortalized by “The Story of O,” “The Castle of Otranto,” and countless other Gothic tomes drawing a straight line from blood-sucking insects to vampire lore. But when defenses fail and we get bitten, our response is to break out in huge, itchy blotches and puff up like a blowfish, forcing us to coat ourselves in unguents, crawl to bed, and fall into a Benadryl coma.

Emotionally, this is how it feels to be pestered by suitors with “Yellow Fever.” What we object to – what all women object to, really, -- should be obvious, for nobody likes being reduced to a preferential lust object.  A target instead of a human being. This is the cri de coeur of Asian women everywhere: Stop fetishizing me!

How widespread is this social plague? Last year, PBS aired a documentary called "Seeking Asian Female," about an aging white man who finds a bride from China via the internet.  If current trends in pop culture are any indication, “Yellow Fever” is now more prevalent than ever. Performance artist Kristina Wong recently investigated this by going on unscripted dates with eager men, and literally spitting on stereotypes of the demure geisha-fantasy. YouTube actress Anna Akana has followed suit, making a funny if more conventional version of the same critique, which boils down to this: When a hopeful suitor throws out the line, “I love Asian women!” what women hear is this: “BZZZZZZ!” Which means: “I am a clueless creep.”

Sometimes men have auto-translated their own bad pickup lines. On a tumblr called “Creepy White Guys,” one sad man writes: “So, this message may come across as weird or crazy, but I’m just gonna be honest and tell you what I’m into…” What he’s “into” is sex with Chinese women telling him how wonderful he is. Squick. It just gets worse from there.

Wong's list, "9 Wack Things Men Have Said to Me To Deny Their Asian Fetish," went viral precisely because these "wack" lines are so commonplace. In my 20s, I ran so far away from men with Asian fetishes that I ended up running away to Paris, only to find myself promptly (and inaccurately) turned into "la belle Japonaise" by Frenchmen fascinated by my...feet. It was in Paris, however, that I also learned that "Yellow Fever" is not simply about a deluded man's desire to find a compliant, "traditional" female to satisfy his every need, for I lived in the Marais and most of my neighbors were gay.

The complexities of these racially-fixated sexual obsessions become clear when “Rice Picking” and “Rice Queens” enter the picture, these being the LBGT variants of the fetishized Asian impulse. (That such terms, including “Yellow Fever,” are blithely tossed around as being vaguely funny despite their obvious racism, helps show how much a specific relationship of race to desire is baked into pop culture.) The sexual politics at play here are much more sophisticated than simple man/woman, white/non-white binaries. What if you’re a Chinese-American lesbian living in Paris who only falls for statuesque European blondes…and vice versa? What does it say about internalized racism, social power, and cultural norms if you’re an expat already operating outside of hetero expectations?

Surely not all Asian women with partners outside of their race are motivated by a masochistic desire to align themselves with the oppressor, and white men dating Asian women can't all be naively projecting colonialist narratives onto the hapless objects of their affections.But can intelligent, cynical adults believe the romantic fluff, “the heart wants what the heart wants” sobriquets and “love is blind” pablums? Maybe not. But after the exhilaration of first contact and the chocolates run out, sometimes lust turns to love, which is fragile enough under the best of circumstances. Sometimes that love endures long enough for romantic illusions to dissolve, exposing flatulent, itchy, insecure humans with various faults. And instead of fleeing in horror, both sides laugh and laugh. As internet dating continues to accelerate the collapse of socio-geographic boundaries, one thing is clear: the world will be a better place when the “Yellow Fever” nonsense is a thing of the past, and the sound of online buzzing means, simply, “Hi!”