It's Emmy voting time, and TV's two veeps are dragging things out 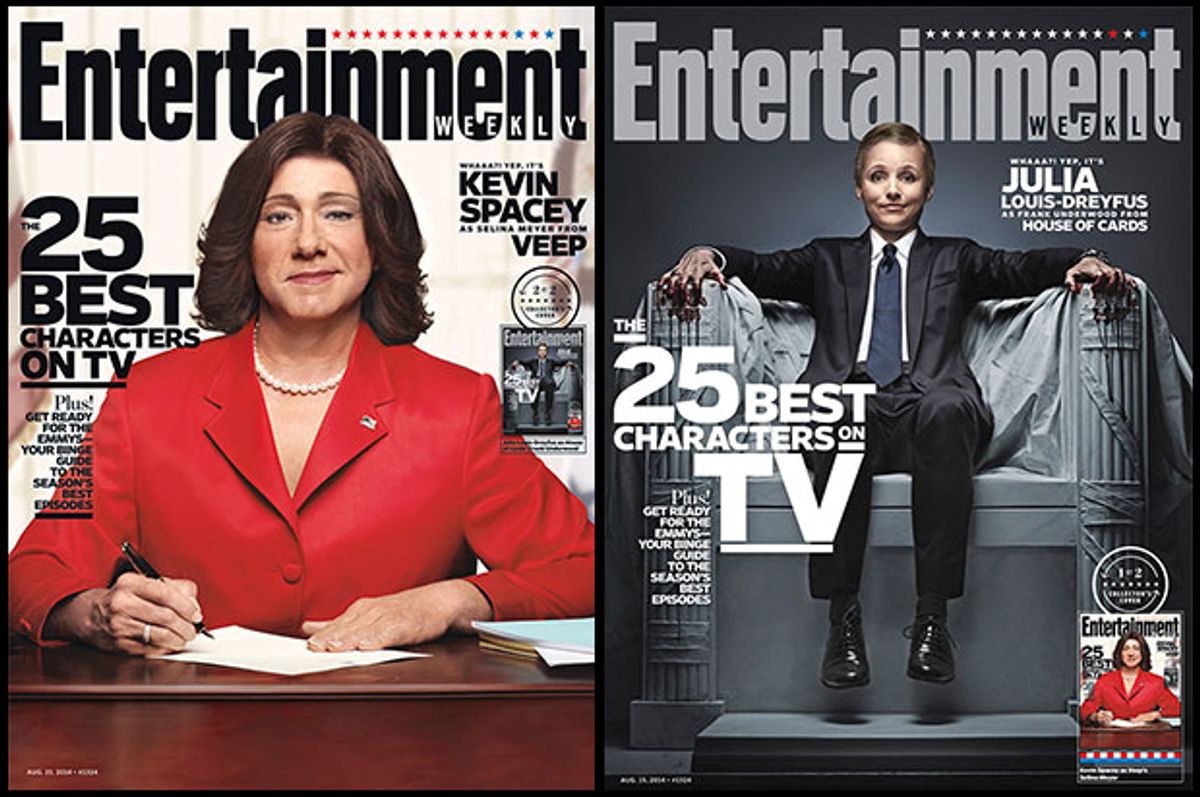 Kevin Spacey's and Julia Louis-Dreyfus' characters on TV have a lot in common. Both "House of Cards" antihero Frank Underwood and "Veep" train wreck Selina Meyer (spoiler alert!) graduated from the vice-presidency to the presidency at the end of their respective seasons. But, for obvious reasons, Underwood and Meyer have favored fairly different looks.

Louis-Dreyfus has lately been no stranger to stunt-y photo shoots: The Emmy winner had sex with a clown for GQ and covered Rolling Stone wearing only the Constitution and a misplaced John Hancock signature. But Spacey, with two Oscars and a self-distributed documentary about his role in "Richard III," seems a little harder to draw out.

As surreal and haunting as the EW cover is -- it may well be going face-down on a significant segment of subscribers' coffee tables -- it also provides a rare glimmer of Spacey's sense of humor. We can hardly wait to see who dresses him for the Emmys.