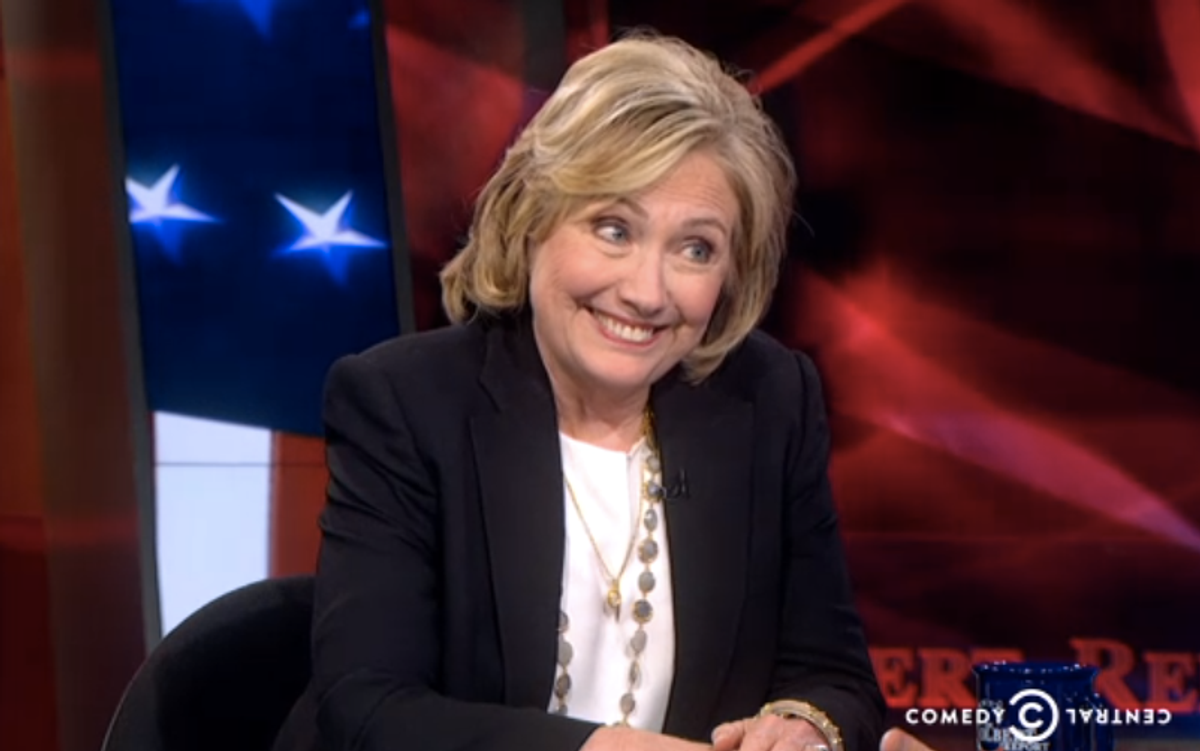 Four minutes into Tuesday night's "Colbert Report," while the host was poking fun at the (sort of expected) name-dropping in Hillary Clinton's "Hard Choices," the potential 2016 presidential candidate showed up onstage, totally unannounced! It was a genius bit of promotion for Clinton, whose nonstop book tour and subsequent ubiquitousness has become a punch line on late-night television and, indeed, on "Colbert." Though the segment was clearly rehearsed, Colbert seemed genuinely surprised (and pleased) when his audience erupted "Hill-ar-y! Hill-ar-y!"-- a level of excitement usually reserved just for the host.

In "Colbert" fashion, the two kept it light: Clinton got in on the joke, entering into a name-dropping contest, and then proposed a strategic resolution for a real "hard choice" proposed by Colbert: "Which would you rather fight?: One horse-sized duck? Or a hundred duck-sized horses."