Must-see morning clip: Jon Stewart wants Rand Paul to pick an opinion and stick with it

"You took a position, you should stand by it!" Stewart exclaimed 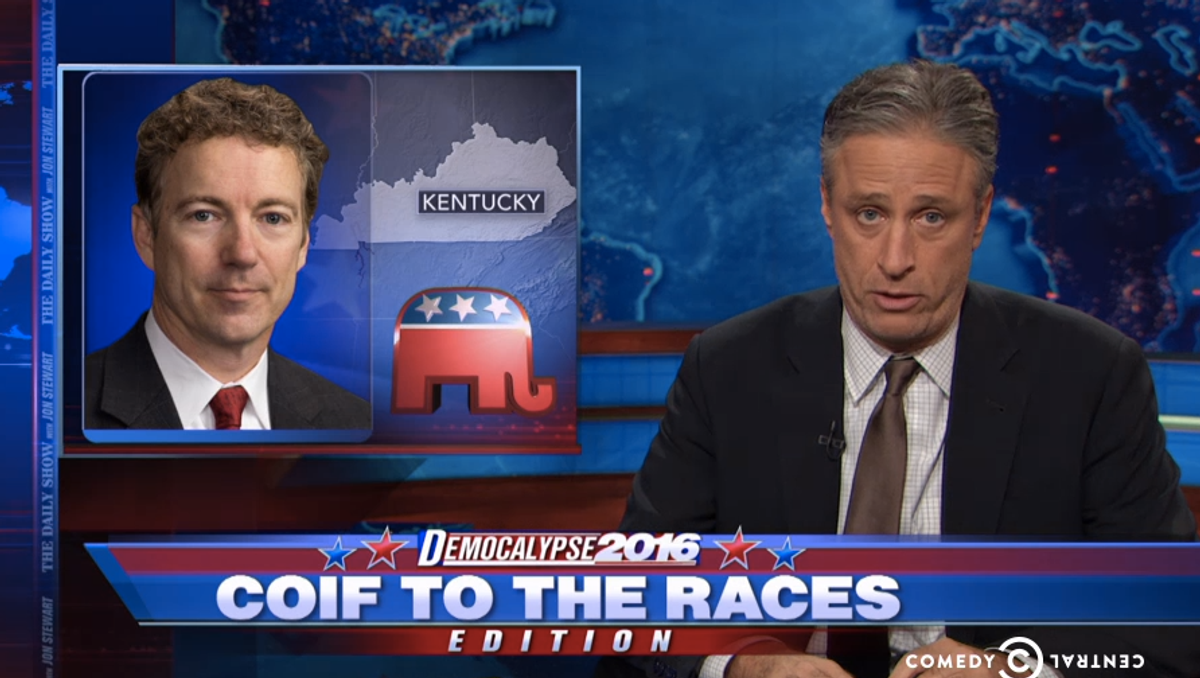 If Kentucky Sen. Rand Paul is to become the GOP's presidential candidate in 2016, he's going to have to stick to his opinions, said Jon Stewart on Thursday night. While Paul has sought to end funding to Israel, he has since backtracked on his unpopular opinion. Stewart criticized Paul for flip-flopping on his foreign aid stance, exclaiming, "You took a position, you should stand by it!" Now Paul is off to the Iowa, where he'll probably say many more unpopular things.